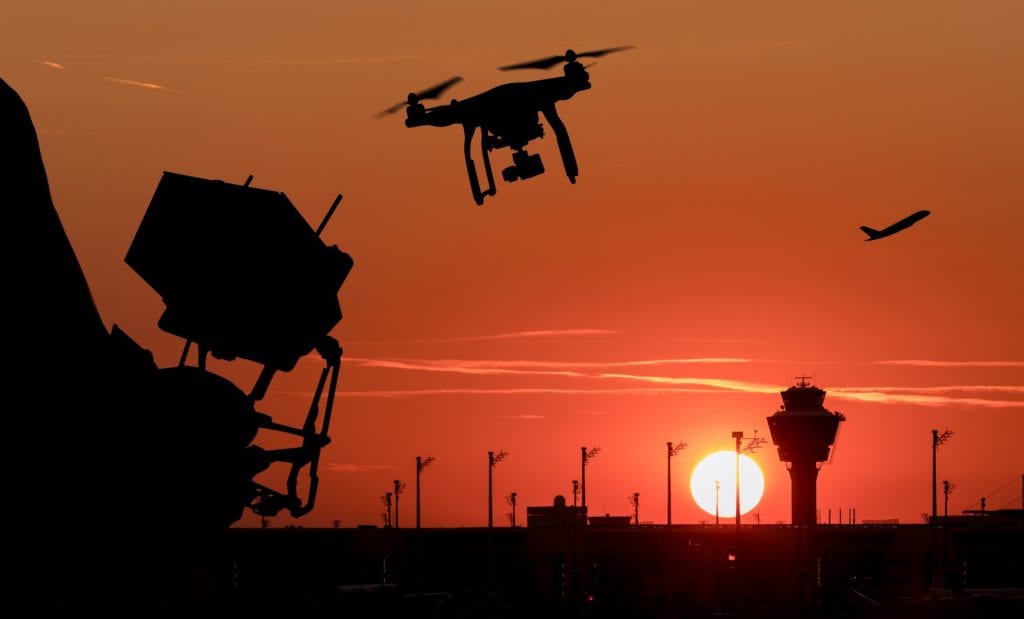 Airports and government agencies are still figuring out where responsibilities and authorities lie concerning drone security and mitigation technologies.

The Federal Aviation Administration (FAA) has selected five airports to test unmanned aircraft system (UAS) detection and mitigation systems that will create future standards for countering UAS (C-UAS) use at airports, the agency announced in a March 1 press release.

The FAA plans to test over 10 systems at these airports beginning at the end of the year and extending through 2023. The FAA declined to provide further details about which technologies would be tested.

A contract opportunity from May 2020 requests whitepapers for technology that can detect UAS within a five-mile radius from the air operations area and technology that offer mitigation capability for UAS.

“UAS detection system refers to a system of device capable of lawfully and safely detecting, identifying, monitoring, or tracking an unmanned aircraft of unmanned aircraft system,” the opportunity states. “UAS detection systems may be integrated into or be linked to counter-UAS system, but, themselves, do not provide the capability to disable, disrupt, seize control, or otherwise directly interfere with UAS operations.”

The opportunity says mitigation may use C-UAS systems but is not reliant on them and could use alternate technology.

These tests will result in the implementation of UAS detection and mitigation systems at airports meant to ensure safety for manned aircraft, according to the FAA. This effort is part of the FAA’s Airport UAS Detection and Mitigation Research Program.