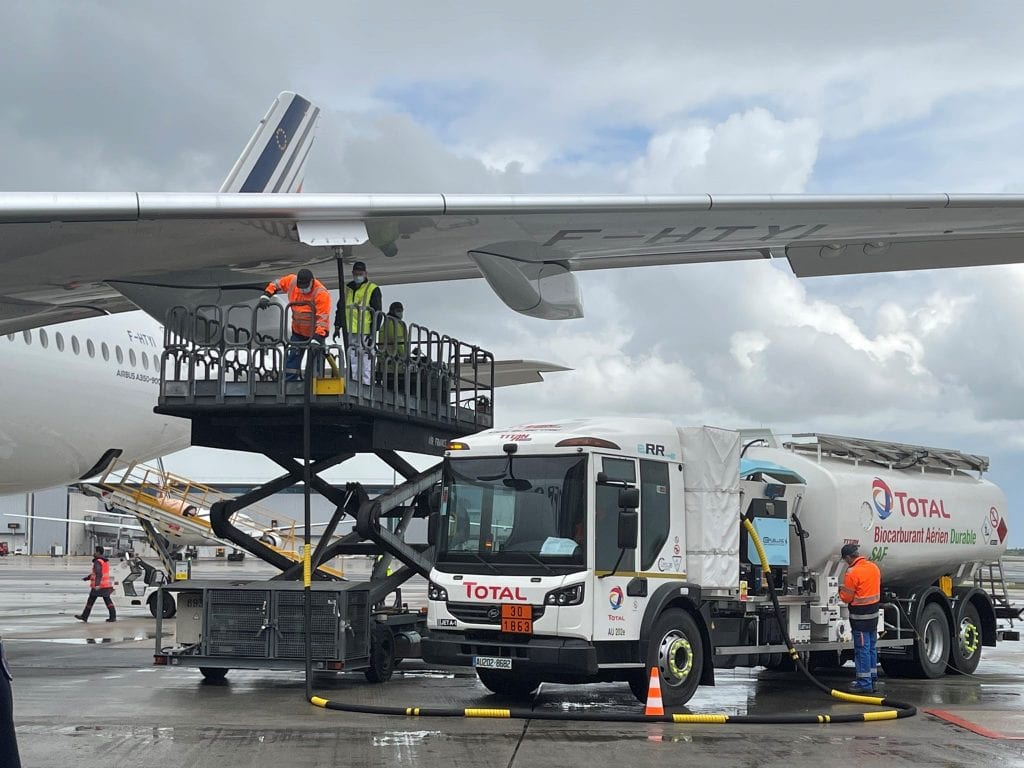 The European Commission adopted a sweeping set of climate proposals aimed at reducing net greenhouse gas emissions by at least 55 percent by 2030 that will significantly impact the aviation industry. While industry experts are calling these proposals ambitions, they are not saying they are impossible.

During a panel discussion at the remotely hosted Farnborough International Airshow Connect on July 14, experts reacted to these proposals and provided details on how their companies are working to reduce emissions.

“Shifting to sustainable aviation fuels will also improve our energy security and reduce our reliance on fossil imports,” Vălean said. “With the right incentives, such as this blending mandate and the future Renewable and Low-Carbon Fuels Value Chain Alliance we are preparing, Europe will be a front-runner and lead the production of SAF globally, creating more than 200.000 jobs in the EU, mainly in the renewables sector.”

“Just have a look at the current vaccination crisis around the world and just how much the world has re-industrialized to produce billions of doses of vaccine,” Stein said. “It’s that sort of spirit that’s going to be required to get the scale into sustainable aviation fuels, and I think it’s entirely possible.”

The problem is that there is currently very little SAF in the market making it significantly more expensive than jet fuel.  Naveed Hussain, chief technology officer and vice president and general manager at Boeing Research & Technology, said that to accelerate the scale of SAF available, there need to be incentive programs.

“That’s going to involve a number of different elements, certainly things like incentive programs to make SAF economically competitive with Jet A for airlines and economically attractive relative to transport fuels for fuel producers, access to capital to enable the development of these new production capacities by the incumbents and also the startup fuel producers, and stable and predictable government policies to reduce the risk and enable a government support mechanisms to de-risk this capital,” Hussain said.

Some partnerships are already developing in the industry to increase the supply of SAF such as with Rolls-Royce and Shell.

“If we set ourselves the ambition of achieving 100 percent use of sustainable aviation fuels by 2050, which I think is an achievable goal, we need 500 million tons of that fuel in 2050,” Stein said. “…To achieve this scale, we clearly need partnership, because the companies represented on this call is not going to be the ones that produce the 500 million ton, it’s going to be the big energy companies.”

Boeing is tackling decarbonization from four angles, Hussain said. They are working on fleet renewal, operational efficiency, renewable energy transition, and advanced technology. Their newest airplanes will reduce fuel and emissions by up to 25 percent and operational efficiencies can cut about 12 percent of emissions.

Boeing also announced a partnership with SkyNRG to advance SAF and is adding digital design and production tools as well as developing new propulsion technologies to its new aircraft.

“We see these four pillars underpinning the future of decarbonization of aviation with SAF at the forefront, having the biggest impact to ensure aerospace is safe and sustainable,” Hussain said.

GE Aviation wants to demonstrate mature hybrid-electric, open fan, and advanced materials technologies that could be used in new engines as soon as the mid-2030s, Chris Lorence, chief engineer at GE Aviation, said.

“We are organizing our efforts in sustainability around three pillars,” Lorence said. “First is accelerating bold technology developments in our future engines to reduce emissions. Second driving efficiencies in our own facilities to lead by example. And third, engaging across the aviation industry to advocate for advances like lower carbon fuels that will enable the installed base to operate more sustainably.”

Lorence said while he thinks the EU’s goals are aggressive, they are necessary.

“I mean it’s certainly an aggressive goal, I think we can all agree on that, but we need aggressive goals,” Lorence said. “I think what’s encouraging them…is there’s been so much discussion about 2050 in the industry but so little discussion about what happens in between, and so I’m hopeful that this will be a catalyst to say we need to have a real call to action sooner to get the SAF industry built up. My hope is that this will get to more harmonize the restrictions and requirements that will be around the world and not just in the EU, and that it will provide some support and incentives to really get this industry moving in the way that we want to.”

GE Aviation and Safran have put sustainability first in their development program for the next-gen CFM engine with the RISE program, the companies said in a June announcement. Eric Dalbiès, senior executive vice president of R&T and Innovation at Safran, said the company is also industrial operations for the products themselves.

Dalbiès said Safran is executing this approach by developing more efficient products and investing in SAF and hybrid-electric technologies.

Sabine Klauke, Chief Technical Officer, said Airbus is working on its ZEROe aircraft concept which it announced in September 2020. These aircraft will rely on hydrogen as a primary power source.

“The fact is that these ambitious targets cannot be achieved using existing aircraft technologies today,” Klauke said. “So at Airbus, we believe that alternative propulsion systems and also energy sources will push technologies in the right direction to help reduce emissions in aircraft of today and tomorrow.”

Klauke said Airbus wants to have an aircraft on the market using these technologies in 2035.

“Our ambition is clearly to have a flying aircraft on the market in 2035,” Klauke said. “So that’s a clear target and a clear date. Today…we are looking into the different possibilities like hydrogen combustion, but as well as fuel cell and hybrid-electric possibilities.”

Mark Russell, chief technology officer at Raytheon Technologies, said the company is working on getting more efficiency from its turbofan architecture, engine cores, and thermal technologies. They are also working to create hybrid-electric propulsion systems.

While industry experts expressed support for the proposals, the International Air Transport Association (IATA) released a statement against using taxation as a solution to cut emissions.

“Aviation is committed to decarbonization as a global industry,” Willie Walsh, IATA’s Director General, said in a statement. “We don’t need persuading, or punitive measures like taxes to motivate change. In fact, taxes siphon money from the industry that could support emissions’ reducing investments in fleet renewal and clean technologies. To reduce emissions, we need governments to implement a constructive policy framework that, most immediately, focuses on production incentives for SAF and delivering the Single European Sky.”