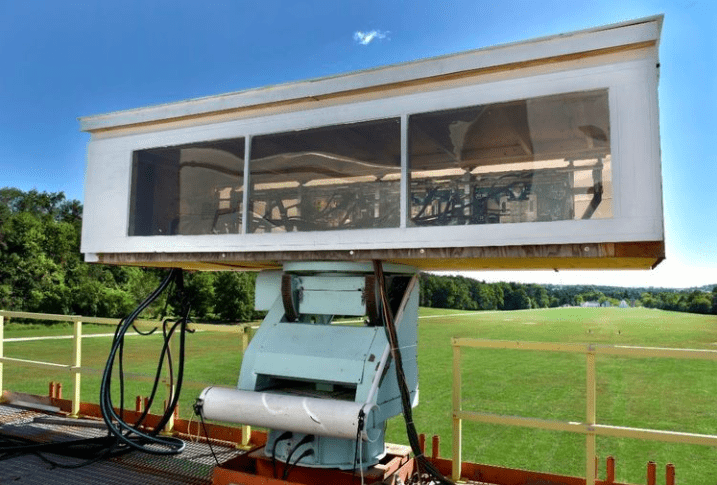 The OMS-compliant AESA sensor was used on Boeing’s battle management command and control (BMC2) system, according to Nov. 9 press releases published by both companies. The AESA sensor captured data from specific targets and then sent the information back to the computing system where it was displayed in real-time.

“These demonstrations continue to act as pathfinders to enable further OMS opportunities,” Paul Kalafos, vice president of surveillance and electromagnetic maneuver warfare at Northrop Grumman, said in a press statement. “Using an agile framework, we can quickly develop and adapt complex, multi-function systems to enable multi-mission nodes at the tactical edge of the battlespace, be it Joint All-Domain Command and Control (JADC2), electronic warfare, or intelligence, surveillance and reconnaissance.”

“From an engineering standpoint, executing this OMS test in a relevant environment, represents a major step up in demonstrated readiness,” Rick Greenwell, Boeing chief engineer of aircraft modernization and modification, said in a press statement. “As a company, we are committed to OMS and have demonstrated OMS on defense products such as the T-7A Red Hawk and F-15EX. Open architecture is a very efficient way of doing software engineering and bringing capabilities across platforms.”

The use of open system architecture allows customers to make changes to technology quickly, at a low cost, and with any manufacturer.

“Through our iterative development and flight demonstrations, we are focused on agile development with OMS-compliant sensors and commercial practices to prove the rapid integration of capabilities across mission sets,” Greg Simer, vice president of air dominance and strike at Northrop Grumman, said in a press statement. “The result is faster and more affordable advances in sensor capabilities for U.S. forces and their allies.”

The companies completed a ground test using the AESA and BMC2 last month to identify areas of interest as potential threats.

“By adding an OMS-compliant BMC2 system, it tremendously increases the platform’s growth opportunities,” Nancy Anderson, Boeing vice president of aircraft modernization and modification, said in a press statement. “Customers will have more flexibility to add or upgrade capabilities, select vendors and determine an implementation schedule. Customers have laid out OMS requirements for future programs and this accomplishment is a great example of Boeing listening and responding.”