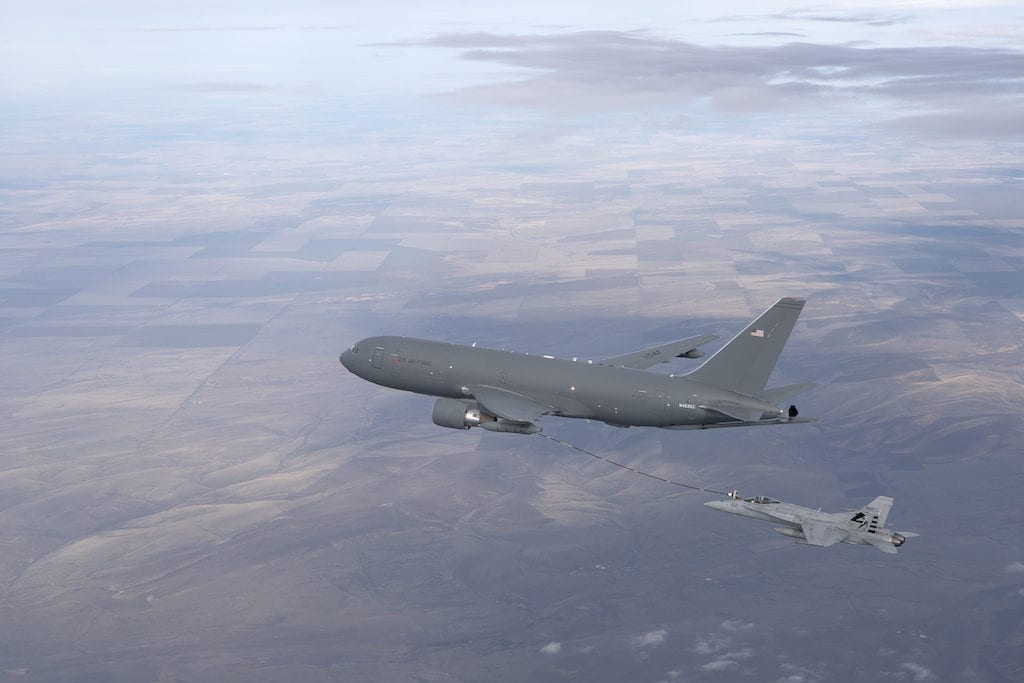 Boeing is working on a number of fixes for its KC-46A remote vision system. Photo: Boeing

Boeing has outlined a number of fixes for its Remote Vision System (RVS), which allows air refueling operator station (AROS) personnel in the front of KC-46A aircraft to steer refueling booms using Collins Aerospace cameras on the fuselage.

Boeing and Collins Aerospace are working to resolve such difficulties with the RVS 2.0 upgrade.

“The initial phase of RVS enhancements includes upgrades to the existing cameras to provide improved video imagery,” a representative for Boeing wrote Avionics International in response to questions. “It also adds a new LIDAR sensor that provides information about the distance between the boom and the receiver aircraft.”

In a Boeing video, Sean Martin, the company’s chief air refueling operator, said that AROS and RVS represent improvements. Boom operators in the back of Boeing KC-135s and KC-10s must lie on their stomachs for 40 minutes to look out a window to steer a refueling boom manually into the receptacle. 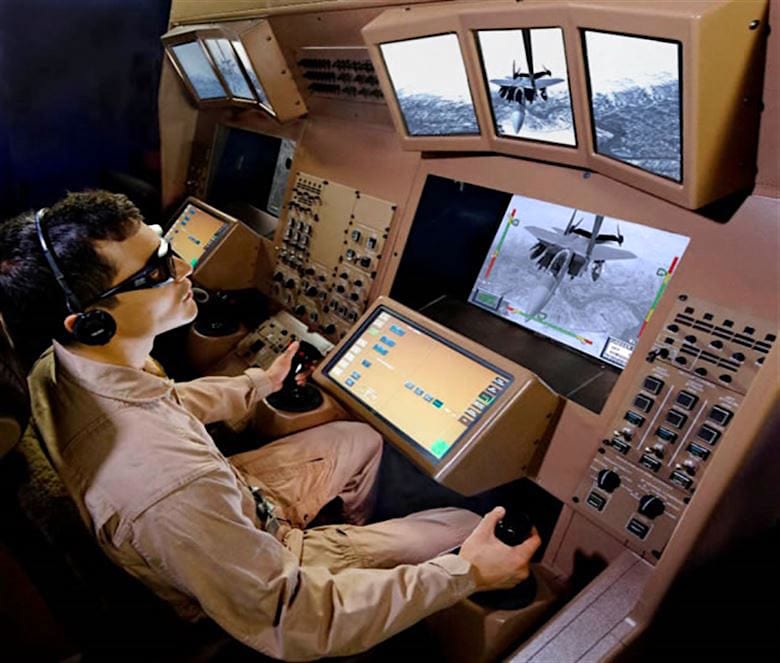 The KC-46A has an air refueling operator station (AROS) at the front of the aircraft for remote steering of the boom into refueling receptacles. Pictured is a demonstrator version of AROS in 2015. Photo: U.S. Air Force

In addition to the physical ease in operating the boom remotely, the KC-46A will provide easier night time refueling because of the cameras, while night time refueling with the legacy tankers used one wing tip light, Martin said. Unlike the KC-135 but like the KC-10, the KC-46A, a modified 767, also has a hose and drogue system to refuel NATO planes.

“RVS goes beyond the ability of human sight,” Boeing wrote in its response. “It provides exceptional performance when operating in low to no-light conditions as well as covert operations. Traditionally, tanker operators rely on lights to illuminate the receiver aircraft and receiver pilots have to remove night vision goggles for up to 10 minutes prior to refueling contact. Neither is necessary when using RVS, which is significant in a combat environment. Further, boom operators report the stress on their bodies is greatly reduced when seated at the RVS station compared to the traditional position of lying on their stomachs.”

Yet, a number of boom operators and former boom operators also praise the eyes-on, manual steering employed on KC-135s and KC-10s and are skeptical of RVS and the remote steering technology.

“The Dutch used a remote system on their KDC-10s for years so it can be done, but I’m not aware of problems they may have had,” Steven Reeff, the president of the Inflight Refueling (IFR) Association, wrote in an email to Avionics.  “Personally, I’m tied to the traditional boom pod for refueling.  If I took a poll of our membership I’m guessing most would say the same thing.”

“We told them not to do it,” Runyan said in a telephone interview with Avionics. “The retired boom operators and even the active duty ones said don’t do it because of the experience we had in the back of the airplane. You could see what was going on for peripheral vision, eyes on the target. Now, instead of a boom operator, you have a panel operator [with the KC-46A]. The idea to ‘fly, fight, and win’ is really compromised. When your computers go down, you can’t see the receiver in the back. It’s a poor airplane really. I wouldn’t fly in one.”

This article was originally published in Defense Daily, a sister publication to Avionics.