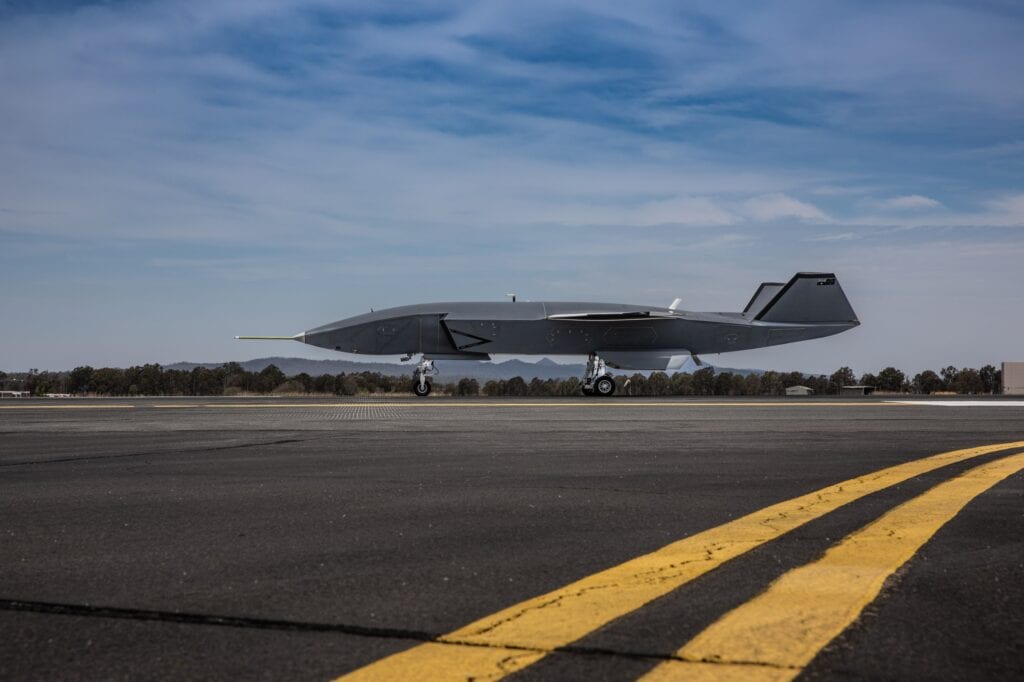 Boeing Australia has completed the low-speed taxi test on its first Loyal Wingman unmanned aircraft as part of ground testing and preparations for the first flight. (Boeing)

Boeing and the Royal Australian Air Force (RAAF) completed a low-speed taxi test of the Boeing Loyal Wingman aircraft, an unmanned aircraft that will use artificial intelligence (AI) as the foundation for the Airpower Teaming System (ATS), according to an Oct. 22 press release. The aircraft is expected to make its first flight by the end of the year.

The Boeing Loyal Wingman aircraft is one of three prototypes of the ATS, according to the press release. According to Boeing’s website, the Loyal Wingman aircraft and the other prototypes will be unmanned aircraft with fighter-like performance and the ability to fly 2,000 nautical miles. These aircraft could be used for tactical warning missions using sensor packages to collect intelligence, surveillance, and reconnaissance.

“The low-speed taxi enabled us to verify the function and integration of the aircraft systems, including steering, braking and engine controls, with the aircraft in motion,” Paul Ryder, Boeing Australia Flight Test manager, said in a press statement.

According to Boeing, the aircraft reached a speed of 14 knots (about 16 mph) and was able to maneuver and stop on command. The aircraft will include a customizable modular nose section and a conventional takeoff and landing approach.

“Runway independence ensures the aircraft will be a highly flexible and adaptable system for our global customers,” Dr. Shane Arnott, program director, Boeing ATS, said in a press statement. “This latest test marks the first full unmanned movement of the Loyal Wingman with our Australian partners and takes us a step closer to first flight.”

Boeing presented the first prototype to the RAAF in May and was able to start the engine in September. The aircraft is powered by a commercial turbofan engine. Loyal Wingman is to be a reduced radar cross section (RCS) unmanned combat aerial vehicle (UCAV) flying at high-subsonic or low-supersonic speeds and providing support to manned fighters via the UCAV’s weapons and data sharing.

“Air Force partners with industry to ensure we can find innovative solutions to meet our future priorities,” Air Vice-Marshal Cath Roberts, RAAF Head of Air Force Capability, said in a press statement. “Boeing’s Loyal Wingman project is a perfect example of what this collaborative approach can achieve. Seeing the prototype take to the runway for this low-speed taxi test is an exciting moment – another significant development milestone ahead of its first flight.”

Boeing announced the Loyal Wingman in February of 2019 and conducted a test flight for the ATS in November of the same year.