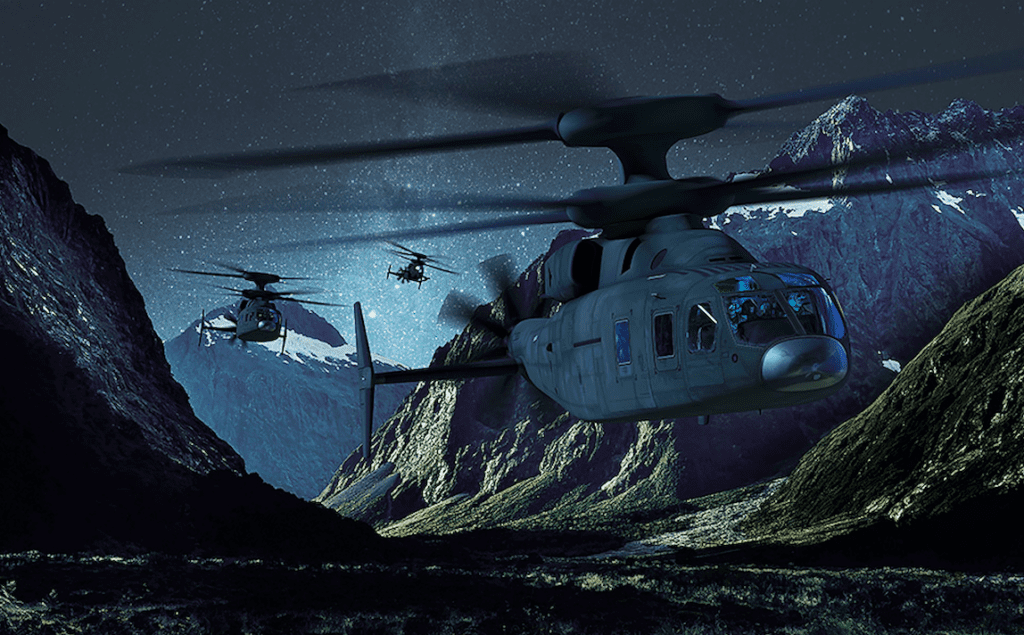 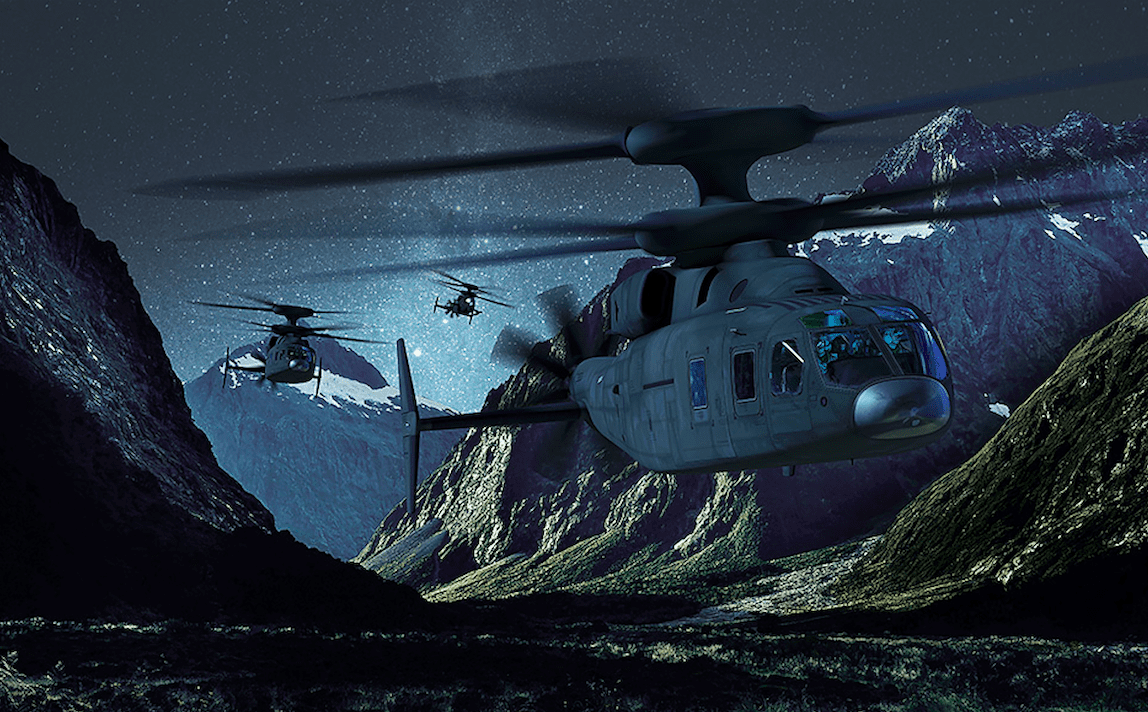 The SB>DEFIANT produced by Sikorsky-Boeing is one of two aircraft selected for further testing under the JMR-TD program, a precursor to the Army’s Future Vertical Lift effort. (Boeing)

Collins Aerospace is looking to develop a digital backbone for the U.S. Army’s Future Vertical Lift (FVL) programs. While the modular open systems approach (MOSA) provides standards for creating open systems, it does not cover integration challenges, which the digital backbone would hope to do.

During an Oct. 13 Association of the United States Army (AUSA) webinar, Harold Tiedeman, chief engineer for FVL at Collins Aerospace, presented solutions the company has created for gaps left by MOSA.

“The U.S. Army has that term, digital backbone, which is kind of confusing because when you hear digital you kind of think about digital communications and the Internet,” Tiedeman said. “And really what the Army’s after here is a concept that covers all aspects of an aircraft infrastructure as needed to digitally enable the air vehicle mission systems on mobile Army aircraft.”

Tiedeman said the Army’s goal is to be able to update aircraft without going back to the manufacturer, however industry is still attempting to establish common standards.

“The goal of the digital backbone is to increase the speed in which these capabilities can be put on the aircraft, qualify, and return to service the warfighter,” Tiedeman said. “The Army wants to make these kinds of changes quickly and without upsetting that initial aircraft certification or qualification.”

Collins is looking at four main areas to include in the digital background: mechanical, thermal, power, and data infrastructure.

“Traditionally on an aircraft, you’ll have very little flexibility when it comes to installing new equipment because what you have is a centrally installed set of circuit breakers and wiring,” Tiedeman said. “If you want to modify that it usually is pretty expensive…What we’re recommending is that you use kind of a decentralized set of electronic circuit breakers.”

The digital backbone would address energy storage. Most OEM aircraft account for growth, however, this can result in excessive size and cost. Collins is looking at addressing this by using a high energy storage module (HESM). The HESM would provide supplementary power to filter power surges and minimize impacts to the aircraft.

“What it does is filter the mission systems power protecting those critical air vehicle systems,” Tiedeman said. “This also allows the generators to be designed to less than worst-case and provide a scalable source of power that’s supplemental to those main generators and that can be modified much easier when you’re modifying a mission system.”

“If you want to make changes to the equipment installed on an aircraft, it usually involves some fairly extensive modifications to install plumbing, which makes it very difficult to do those kinds of things in the field,” Tiedeman said. “When you make a field pipe upgrade, it makes more sense to use more of an active thermal management system that has some centralized environmental controls but localized cooling—I call it total cooling—that can be modified and changed as you’re changing equipment.”

The digital backbone would look to the commercial aircraft industry as an example for line-replacement unit (LRU) size and mounting standards. The current LRU installation is time-consuming and expensive. They are different for every aircraft and are not uniform in size. By looking to the commercial aircraft industry, Collins hopes to define standards for manufactures to provide flexibility.

Tiedeman described the Army’s vision for data distribution as grand.

“What they want is that all data is available on the digital backbone to every possible consumer of that data,” Tiedeman said.

This would include data from the air vehicle, mission equipment, sensors, and any intermediate process data. The network would have to be scalable to account for changes in aircraft mission systems.

Collins would create a network to move data through diverse functions and serve as a centralized communications channel. They would then use adaptors to bridge legacy data systems to the new digital background. Collins is looking at different technologies for data distribution with the digital backbone like standard ethernet, time-triggered protocol, ARINC 664, and time-sensitive ethernet.

In terms of data isolation, the digital backbone would require all systems to have a high degree of data sharing.

“For example, things like aircraft altitude, navigation, pulse, position, velocity, timing need to be shared between the primary flight systems and things like fight controls, and that also has to be shared with the mission payloads or the payloads themselves and for additional data processing,” Tiedeman said. “So on these aircraft, we can’t really afford to have separate sensors for air vehicle mission systems.”

Tiedeman said the information he shared was a snapshot of where Collins Aerospace is with the digital backbone. Many of the concepts are still being worked on and Collins is working with the Army’s combat capability development command on a program called integrated mission equipment to do further research and further develop these concepts.