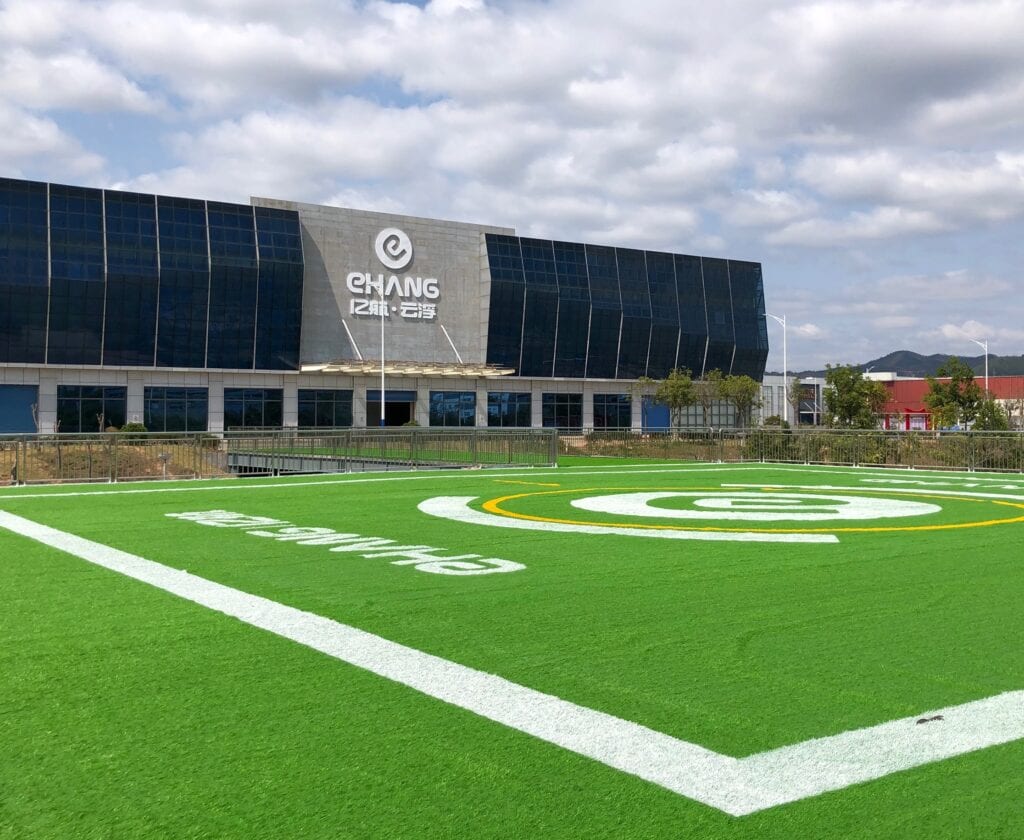 A new report claims that EHang, a Chinese autonomous aerial vehicle (AAM) company, is an elaborate stock promotion and that the company has lied about products, manufacturing, revenues, partnerships, and regulatory approvals. EHang refutes the evidence presented in the report on the grounds that it contains errors and misrepresents information.

The report, which was published by Wolfpack Research on Feb. 16, is a scathing indictment of EHang based on an investigation that included behind-the-scenes photographs, recorded phone calls, and on-site visits to EHang’s facilities. Two days after the report was published EHang announced updates on a production facility opening in 2021.

“Kunxiang appears to be a willing participant in EH’s stock promotion,” the report states. “According to the same finance manager at Kunxiang, Kunxiang made an undisclosed RMB100 million (~$14 million) pre-IPO investment in EH, which leads us to believe it’s true motive for signing these shambolic contracts was to benefit its investment, which is worth ~RMB473 million (~$68 million) today.”

According to the report, EHang has only collected 20 percent of sales since its December 2019 IPO.

“EH has reported RMB125.5 million (~$18 million) in total revenues since its December 2019 IPO,” the report states. “During the same period, its accounts receivable balance has increased by ~RMB100.3 million (~$14.4 million). This means that EH has only collected RMB25.2million (~$3.6 million) in cash since becoming a publicly-traded company.”

Most of EHang’s sales contracts have not been made public. Of the two that are public Wolfpack uncovered discrepancies in the prices of EHang’s aircraft. The report states that in Feb. 2019 Kunxiang paid RMB 450 million for 3 EH216s. In June 2019, Kunxiang then purchased 20 EH216s for 1/100th of the price of the February contract.

‘We believe EH is using these sham contracts with Kunxiang as the basis fabricated sales that make up most of its total revenue,” the report states. “Based on the reported numbers above, we believe EH has RMB232.7 million (~$33.4 million) left in potentially recordable revenue created by what appear to be sham contracts.”

The report states that EHang filed a confidentiality request with the SEC between September and October of 2019 to redact the prices on these two contracts.

“EH consistently makes different claims regarding regulatory approvals in the English and Chinese versions of its press releases,” the report states. “In English, EH makes false claims of commercial approval of its vehicles the EH216 by Chinese regulators. In its Chinese press releases, EH makes false claims of commercial approvals by regulators in the US, Canada, and Europe.”

Wolfpack visited EHang’s corporate headquarters and manufacturing facility and claims that it was mostly empty in the middle of the workday, had minimal activity, and few employees. It also lacked advanced manufacturing equipment or basic assembly line typical for aircraft factories, according to the report. 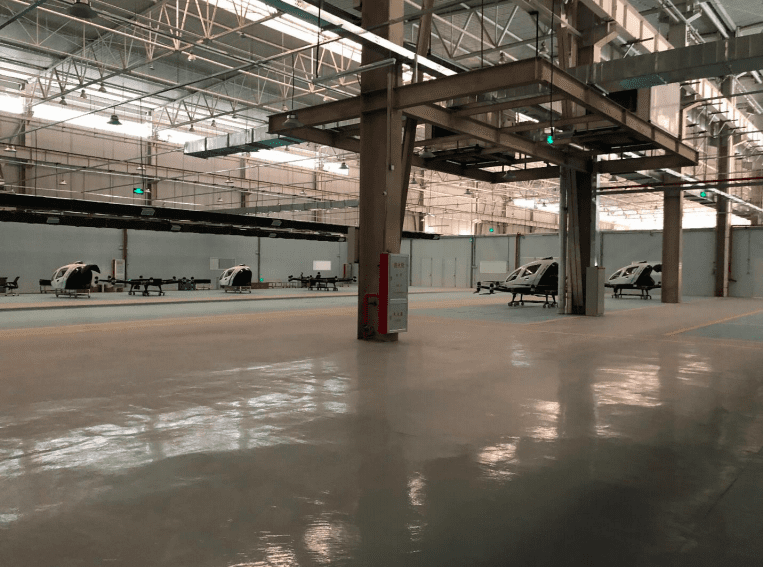 Wolfpack conducted research of EHang’s facilities and found no assembly line, no manufacturing equipment – not even tools. (Wolfpack)

Mark Moore, a 32-year NASA veteran engineer and previous director of aviation engineering at Uber Elevate, spoke to Wolfpack for the report. Moore evaluated EHang’s EH216 for a partnership with Uber and found that it used “hobby-grade motors” made by T-motor.

Moore said these motors should not be used for a passenger-carrying aircraft and he “firmly feel[s] that the current configuration is inherently not safe” and has “significant reservations about whether [the EH216] could ever be certified for carrying passengers in the US market.”

A photo of EHang’s EH216 motor which Wolfpack claims is not capable of passenger-carrying. (Wolfpack)

EHang refutes the claims made in the report by Wolfpack, but does not provide details concerning which claims contain errors.

“The Company strongly believes that the report contains numerous errors, unsubstantiated statements, and misinterpretation of information,” EHang said in a statement. “The Company will consider any necessary and appropriate course of action to protect the interest of the Company and all of its shareholders. EHang is committed to maintaining the highest standards of corporate governance, as well as transparent and timely disclosure in compliance with the applicable rules and regulations of the United States Securities and Exchange Commission and the Nasdaq Stock Market.” 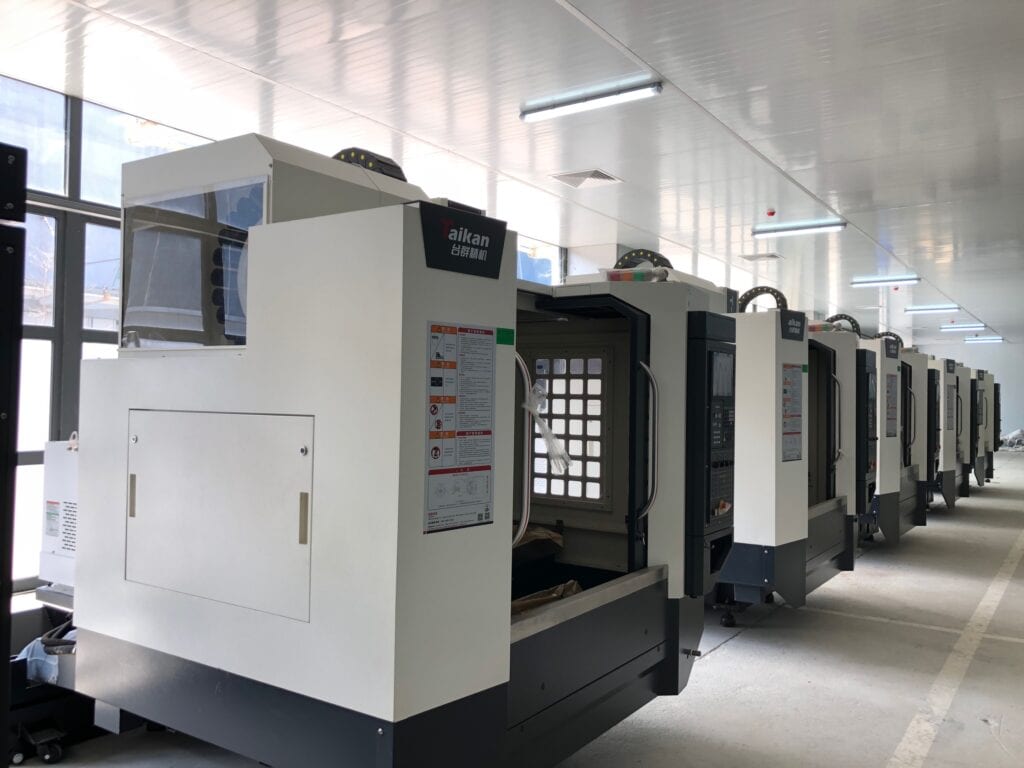 EHang then provided an update on its new production facility in Yunfu city, China in a Feb. 18 press release. The release contains photos that EHang says were taken in the facility and said it will be open for investor tours in June.