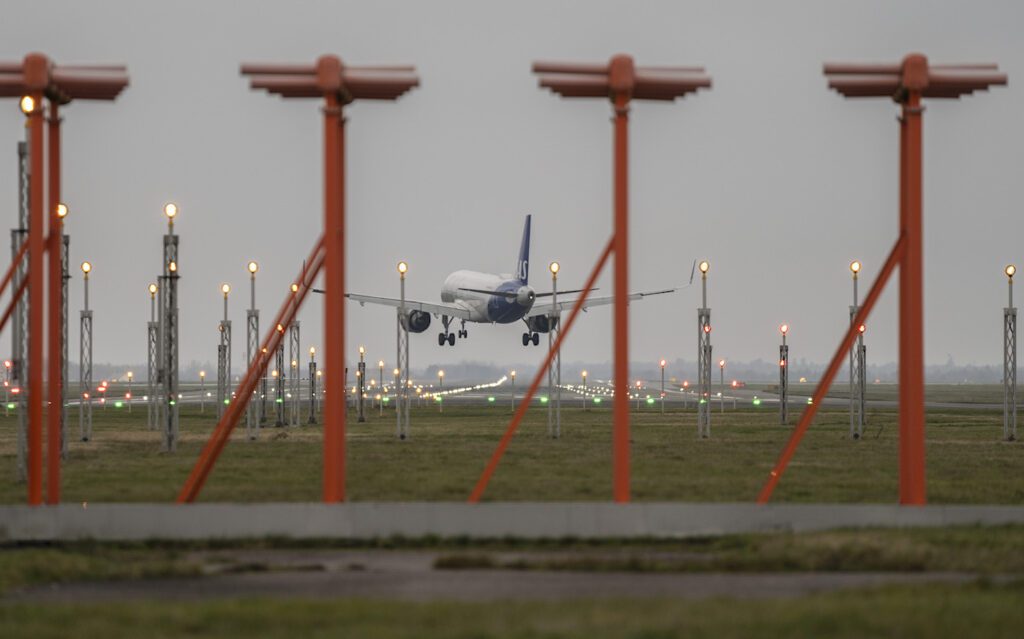 The latest edition of Eurocontrol’s “Think Paper” series concludes that the risk of 5G C-band wireless network deployment in Europe having an impact on aircraft radio altimeter (RADALT) performance in European airspace is relatively low, due to a number of key differences between how radio spectrum is managed in the band closest to where radio altimeters operate in Europe.

The June 30 publication of the latest Think Paper by Eurocontrol comes a week after a major update related to radio altimeters featured on some in-service aircraft operated by airlines in the U.S. that will be required to become modified with filters by the end of the year. Some key differences between 5G C-band deployment in the two regions were essential to Eurocontrol’s latest determination on the possibility of interference on flight operations in European airspace.

Specifically, in both regions, radio altimeters operate within the 4.2-4.4 GHz frequency range. However, in the U.S., AT&T and Verizon are deploying wireless network services in a band closer to that range than has been permitted in Europe. In the U.S., the services have been allocated in the 3.7-3.98 GHz range, while in Europe it is 3.4-3.8 GHz.

In the paper, Eurocontrol notes, the European Commission has dedicated the band closest to radio altimeters to “so-called ‘verticals’ (company and factory-internal networks operating at lower power levels).”

“Furthermore, the US permits higher maximum power compared to what is generally implemented in Europe,” Eurocontrol notes in the Think Paper. “Taken together, this has created a real risk of interference in the US that, for now, is not considered to be a problem requiring immediate safety mitigations in Europe.”

The agency does acknowledge the possibility of future risk though, based on demand for the coveted C-band spectrum range from wireless networks in Europe. This is especially a possibility because of the larger scale at which telecommunications services providers operate, with Eurocontrol noting in the Think Paper that the global mobile phone market is “160 times larger than the CNS avionics market in total sales volume.” 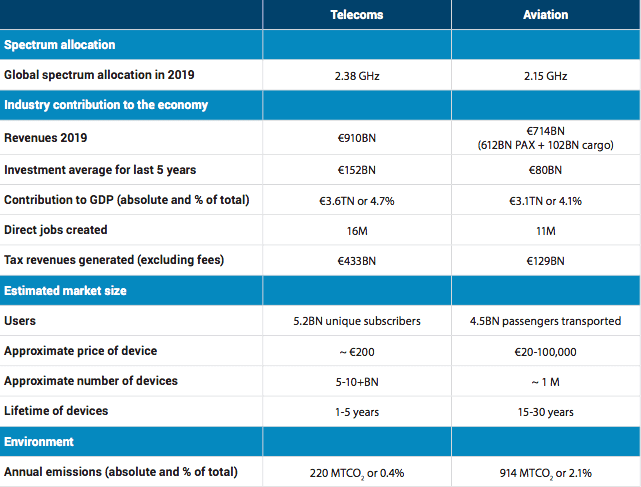 Eurocontrol uses this comparison in global spectrum allocation between aviation and the telecommunications industry to show why the size of the telecommunications industry will drive the need for more efficient use of spectrum by aviation users in the near future. “This comparison makes the assumption that without suitable spectrum, aviation passenger and cargo revenues could not take place,” according to Eurocontrol.

There is also an urgency expressed by Eurocontrol for the development and use of radio frequency filters that can limit the aircraft altimeter’s exposure to adjacent band energy.

Meanwhile in the U.S., the FAA’s latest statement on its ongoing collaboration with AT&T and Verizon noted that the two wireless companies agreed to continue some levels of voluntary mitigations on their services near airports for another year. The FAA is requiring operators of regional aircraft with radio altimeters that have demonstrated the highest risk of interference to 5G C-band networks to be retrofitted with new filters by the end of 2022.

The post Eurocontrol Explains Why 5G Radio Altimeter Interference is Lower in Europe Than US appeared first on Aviation Today.