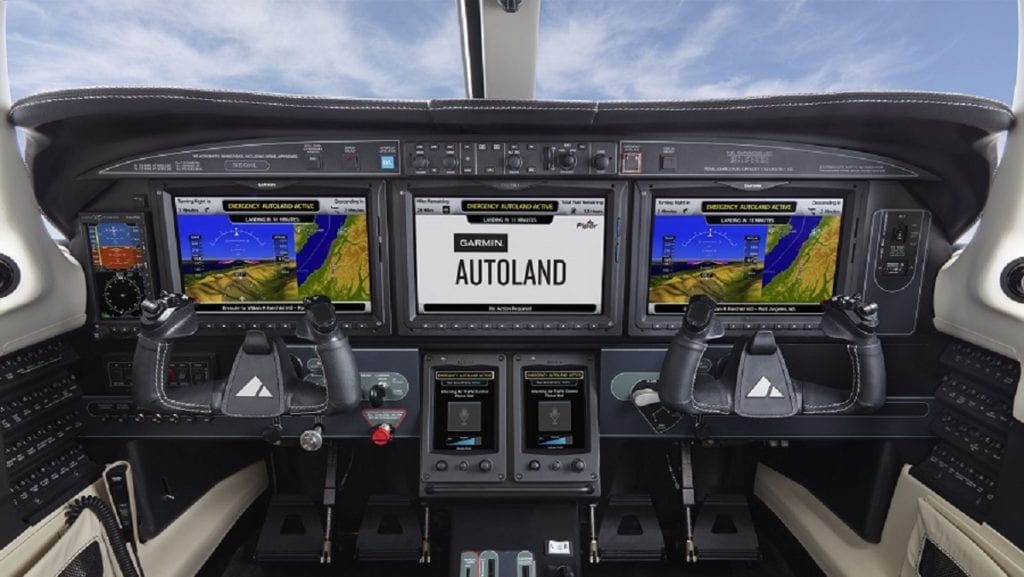 The Federal Aviation Administration (FAA) has certified the Garmin Autoland system in the company’s G3000 integrated flight deck for the Piper M600/SLS, Garmin said on May 18.

Autoland is to permit general aviation aircraft to make autonomous touch downs in emergencies. In addition to the Piper M600/SLS, the system is soon to be available on Cirrus Vision Jet and Daher TBM 940 aircraft, and Garmin said that it expects certifications of Autoland for more aircraft.

For its part, Piper Aircraft said on May 18 that the FAA has certified its HALO Safety System, which includes a number of safety technologies for the G3000 avionics suite, including Autoland, Autothrottle, Emergency Descent Mode (EDM), Electronic Stability and Protection (ESP), surface watch, SafeTaxi, and Flight Stream connectivity. Piper pointed to Autoland as the most important of the safety technologies in the HALO Safety System.

In an emergency, the pilot or passengers may activate Autoland by pressing a dedicated button, and the system is also able to activate automatically, if the system determines it’s necessary, according to Garmin.

Phil Straub, Garmin executive vice president and managing director of aviation, called Autoland “one of the industry’s most forward-thinking technologies that will forever enhance aviation safety and save lives.”

The Autoland system controls and lands the aircraft by determining the optimal airport and runway – one that has a Global Positioning System approach with lateral and vertical guidance – and taking into account factors such as weather, terrain, obstacles and aircraft performance statistics. The Garmin Autothrottle system is automatically used “to manage aircraft speed, engine performance and engine power so the aircraft can climb, descend or maintain altitude as needed during an Autoland activation,” Garmin said. 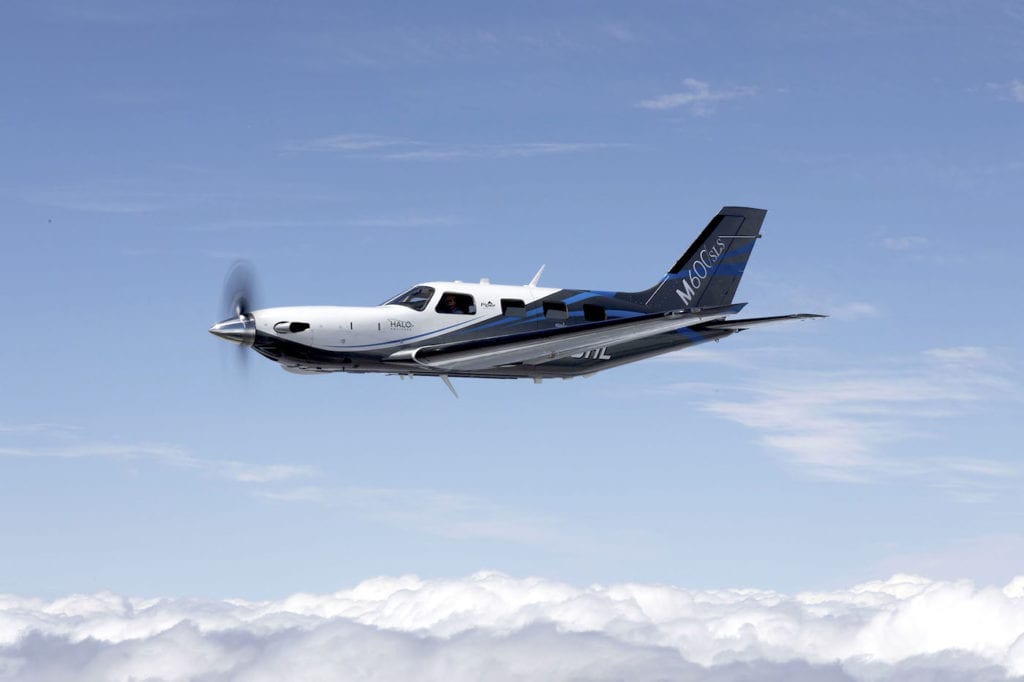 Autoland is able to analyze factors, such as weather, fuel, runway surface and length, the availability of a GPS approach with lateral and vertical guidance to the runway, terrain, and obstacles, when determining the best airport for landing, according to Garmin.

The system is also able to communicate with Air Traffic Control (ATC) and pilots operating near the aircraft about its location and intentions.

“Throughout an Autoland activation, the G3000 integrated flight deck provides passenger-centric visual and verbal communications in plain-language so passengers in the aircraft know what to expect,” Garmin said. “The flight displays show the aircraft’s location on a map alongside information such as the destination airport, estimated time of arrival, distance to the destination airport and fuel remaining. Airspeed, altitude and aircraft heading are also labeled in an easy-to-understand format. Passengers also have the option to communicate with ATC by following simple instructions on the display using the touchscreen interface on the flight deck.”

Autoland is one of three technologies in Garmin’s “Autonomí” family for integrated flight decks. The other two Autonomí technologies are EDM for automatically descending the aircraft to a preset altitude without pilot intervention and ESP, which is to aid pilots in avoiding unintentional flight attitudes or bank angles beyond those for normal flight. If a pilot inadvertently exceeds pre-determined pitch, roll or airspeed limitations for an aircraft, ESP activates, and the flight controls guide the aircraft back to a recommended flight limit.

According to Piper, FAA officials completed the certification flight with their team at Garden City Airport in Garden City, Kansas on May 5. Piper is to begin deliveries of new production Piper M600/SLS aircraft featuring Autoland immediately.