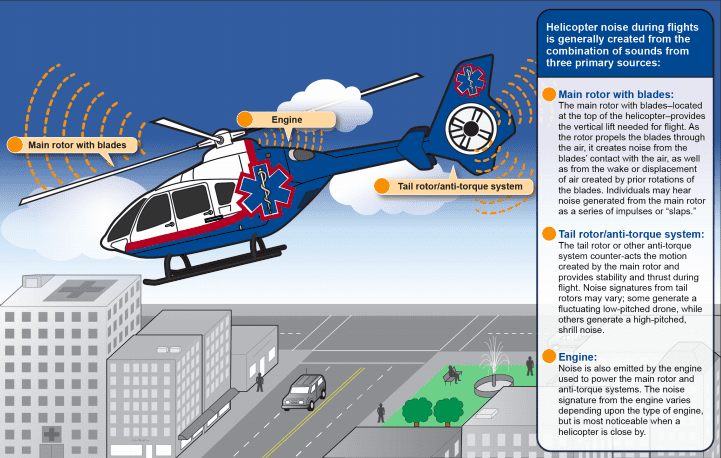 A new Government Accountability Office (GAO) report is recommending the Federal Aviation Administration (FAA) develop a mechanism to exchange helicopter noise information with operators in Washington, D.C. after their investigation and research found that there are approximately 80 flights per day in the area. The report use FAA data from 2017 to 2019 in its analysis finding a total of 88,000 helicopter flights.

“Significant reductions in helicopter noise in the National Capital Region (NCR) will be challenging since the majority of operation are military, law enforcement, and medivac service providers,” Keith Washington, Deputy Assistant Secretary for Administration at the Department of Transportation, said in a statement attached to the report. “However, the Federal Aviation Administration (FAA) is firmly committed to substantial engagement with communities of all types on aviation noise.”

Noise from helicopter flights primarily is generated from the main rotor, engine, and tail rotor, according to the report. The FAA recommends pilots follow its “Fly Neighborly” program which has noise mitigation practices for takeoff and landing, altitudes, routing, and speed and maneuvers. Examples of these practices include minimizing rotor and engine operation while on the ground and flying over major roads, rail lines, or waterways, according to the report.

D.C.’s airspace is particularly complex because of its airspace restrictions. The FAA has 25 fixed helicopter routes in the area which follow the recommendations of their Fly Neighborly program, according to the report. 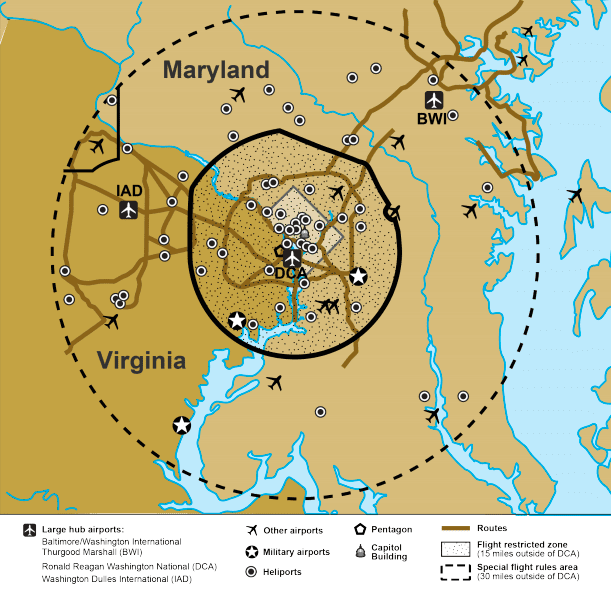 While this report focuses on noise mitigation, it acknowledges the limited data on helicopter noise in the area. The reasons for a lack of data were attributed to other stakeholders outside of the FAA being better suited to collect the data and helicopter flight missions not deeming it necessary.

While the FAA has taken measures to address noise issues, the report found problems with information sharing were stunting the progress.

“The FAA agrees with the GAO finding that data sharing improvements between the agency, helicopter operators, and pilots are necessary, and we concur with the GAO recommendation to develop a mechanism to exchange helicopter noise information with helicopter operators in the NCR,” the agency said in response to the new report. “We will provide a detailed response to this recommendation within 180 days of the final report’s issuance.”