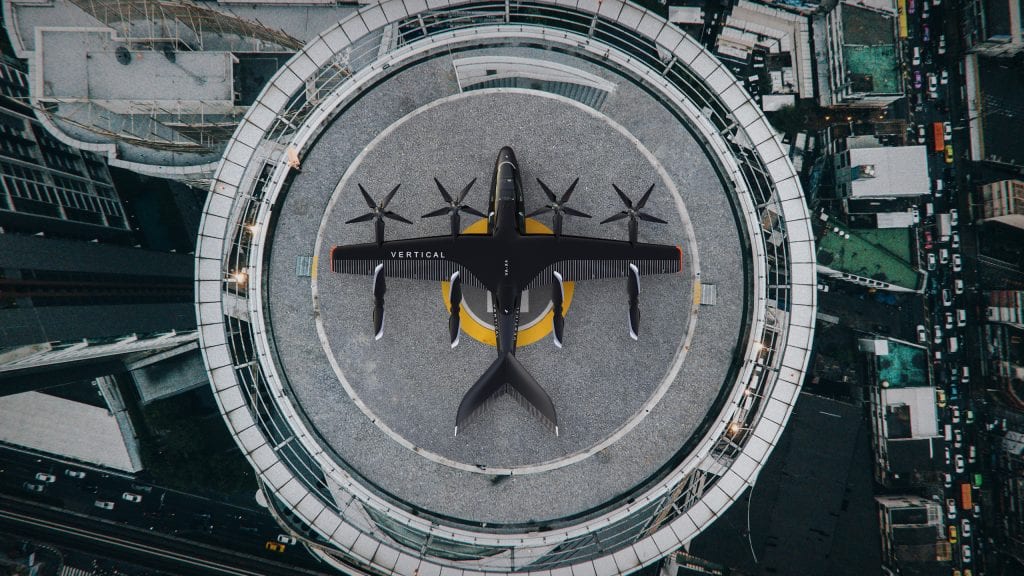 Brazil’s largest airline GOL Linhas Aéreas Inteligentes S.A. is planning to launch an electric air taxi network in Brazil following the acquisition of 250 aircraft from aircraft leasing company Avolon, according to a Sept. 21 press release from the company.

Grupo Comporte, a shareholder, will provide the investment for the project.

The airline will use Vertical Aerospace’s VA-X4 electric vertical takeoff and landing (eVTOL) aircraft. In June, Avolon ordered 500 aircraft from Vertical Aerospace in a deal totaling $2 billion. GOL plans to launch its network in mid-2025 after the aircraft is certified, according to the release.

With its new VA-1X air taxi design, a significant departure from its previous ‘Seraph’ multicopter, Vertical Aerospace targets 2024 for for its aircraft to be ready to start commercial operations. (Vertical Aerospace)

The VA-X4 has a range of over 100 and can reach speeds up to 200 mph. The aircraft will have a five-person capacity and is expected to be certified in 2024. Rolls-Royce is building the electric power system for Vertical Aerospace’s eVTOL aircraft, the company announced in March.

GOL is planning to use the eVTOL network to open new routes to underserved domestic markets, according to the release. The eVTOL aircraft are also part of GOL’s strategy to reach carbon neutrality by 2020.

The partnership will begin with a feasibility study on aircraft certification and infrastructure.

The post GOL to Launch eVTOL Network in Brazil with 250 VA-1X Aircraft from Avolon appeared first on Aviation Today.