Here’s How Uber Is Designing Skyports for Future Air Taxis 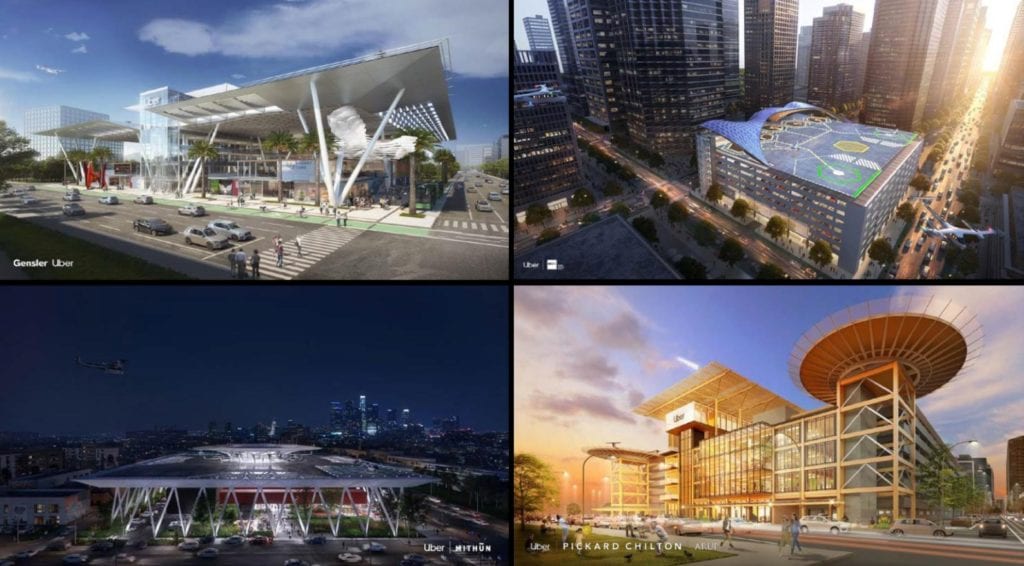 With the launch of its Uber Air service planned for 2023, the company is designing Skyports to regulations and industry standards that don’t yet exist. Photo: Uber

Uber revealed some details about its approach to building ground infrastructure for urban air mobility — which it calls ‘Skyports’ — as the company seeks to make progress despite a dearth of industry standards and regulations.

Through Uber Elevate, the ridesharing giant is working with at least eight developers of electric vertical takeoff and landing (eVTOL) aircraft, to be used for urban aviation in concert with cars, scooters and other modes of public transportation.

With the launch of its Uber Air service planned for 2023 in Melbourne, Los Angeles and Dallas, the company — and others planning to be early investors in ground infrastructure for urban air mobility — faces the challenge of building and designing in an uncertain environment.

“Federal, city, state and perhaps county approvals will all be based on regulations yet to come for the most part,” said Chuck Clauser, senior director of architecture at PS&S and head of the company’s UAM task force. “Location will be dependent on zoning, surrounding airspace and aerial routes, aviation approvals, impact on pedestrian and vehicular traffic, parking, energy requirements, firefighting accessibility … there are a whole host of factors that have to be considered.”

Uber’s Skyport design strategy is requirements-driven, based on existing heliport regulations provided by the Federal Aviation Administration and the design specifications of its partners’ aircraft, according to a presentation by Brian Learn during a webinar hosted by the Vertical Flight Society.

“While there may not be any sort of official federal guidance specifically for skyports, vertiports, facilities that are planned for eVTOL use, we are going to look toward what is existing, [including] the FAA Advisory Circular around heliport design guidance, AC150/5390-2C,” Learn said, referencing this document.

Uber is focused on renovating existing parking garages, as seen in previously revealed mockups created by design firms including Gensler, Pickard Chilton, The Beck Group and many others. Learn admitted these images show the company’s “aspirational existence … where we want to go, not necessarily where we see ourselves starting.”

“Parking garages are existing infrastructure that’s everywhere,” Learn said. “Typically, you’re going to see the top level of those garages very much under-utilized, if at all. And parking garages generally fit our base level structure and space requirements for the integration of our use.”

One of Uber’s “common reference models,” named eCRM-003, is being used to make assumptions about vehicle requirements. This is not an aircraft design that is being built. Photo: Uber

“We really do see our common reference model as broadly covering the requirements that our partner vehicles that are also in development currently,” Learn said.

Combined with assumptions from the FAA’s heliport advisory circular, Uber’s designs include a fifty-foot takeoff and landing area (TLOF), based on expected maximum vehicle dimensions from wingtop-to-wingtip or nose-to-tail, as well as a 75-foot final takeoff and landing area (FATO) and a safety area around it measuring 108-ft, 4 inches in diameter. 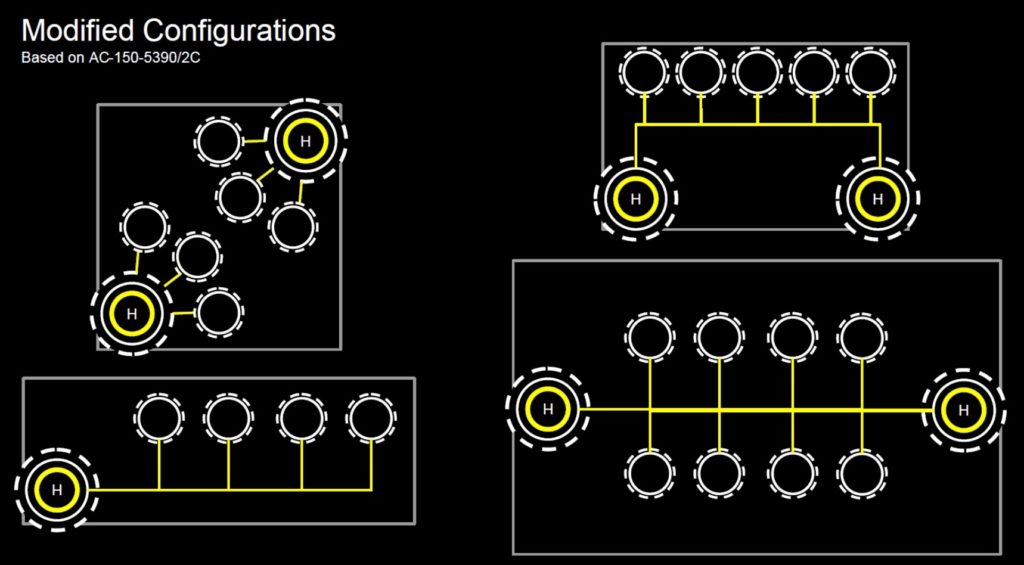 Some of the parking-and-FATO configuration Uber expects to use on the roof of retrofitted parking garages. Photo: Uber

The image above demonstrates some of the FATO-and-parking configurations Uber sees as most space-efficient, operationally efficient, and flexible enough to fit with the layouts of existing parking garages. Learn sees the ideal operational relationship between parking pads and FATOs as around four or five-to-one, expecting to use an additional FATO after that point. 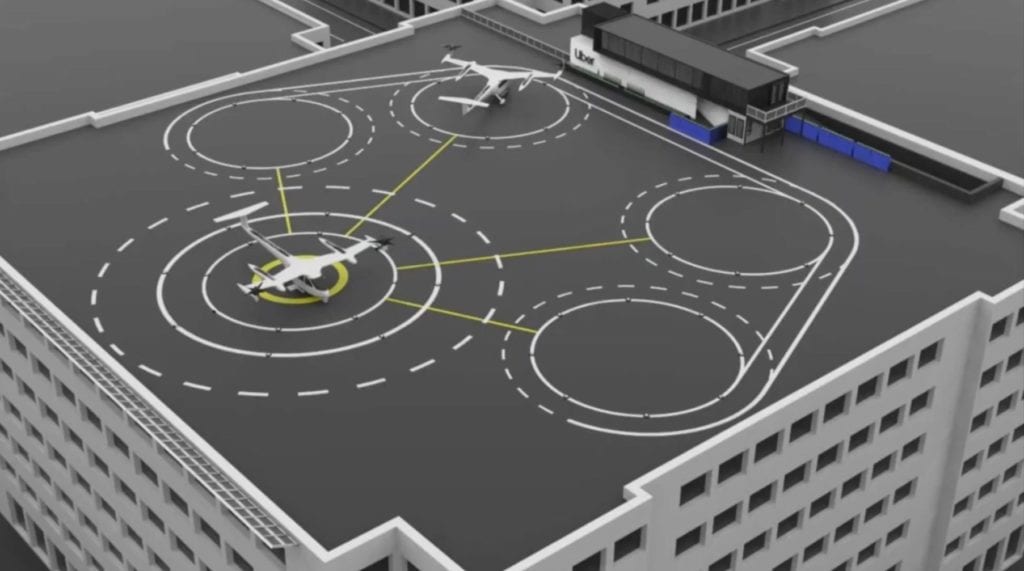 “This is all to scale, and this reflects about a 50-60,000 square foot area, and this is a very real application,” Learn said, referring to the image above. “This size of building is a commodity that really is pretty common out there and we see as very real … easily deployable, easily reconfigurable, easily adaptable to any type of situation and able to fit within any scenario.”

Based on discussions with vehicle partners, Learn expects early designs to provide up to 400kW of DC fast charging at each parking position, with multiple vehicles charging at any time during peak operations.

“As that translates into the infrastructure requirements, we can estimate total peak load requirements up to about 8 megawatts. That pushes us to think about the use and design of behind-the-meter battery storage, and what that’s going to do is reduce our peak demand for power and stabilize the utility draw,” Learn said, adding that a configuration with one FATO and four parking spots will likely use a 3-5 MW battery storage — products that he said are available today.

Although Uber hopes to minimize costs and scale rapidly by producing designs that can be “copy-and-pasted” into different environments, every location and every city will present an entirely new set of restrictions, priorities and challenges for infrastructure.

The post Here’s How Uber Is Designing Skyports for Future Air Taxis appeared first on Avionics.