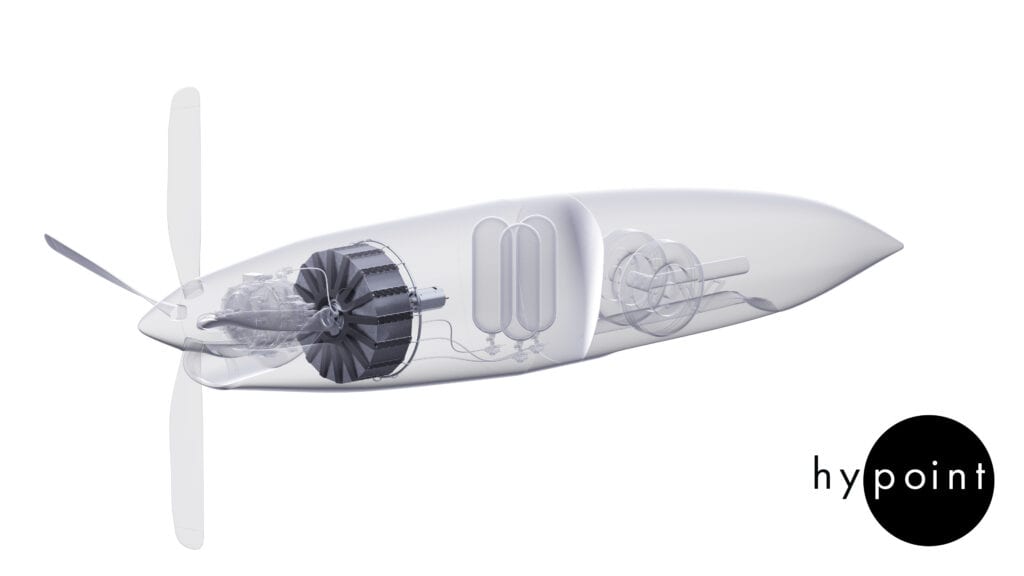 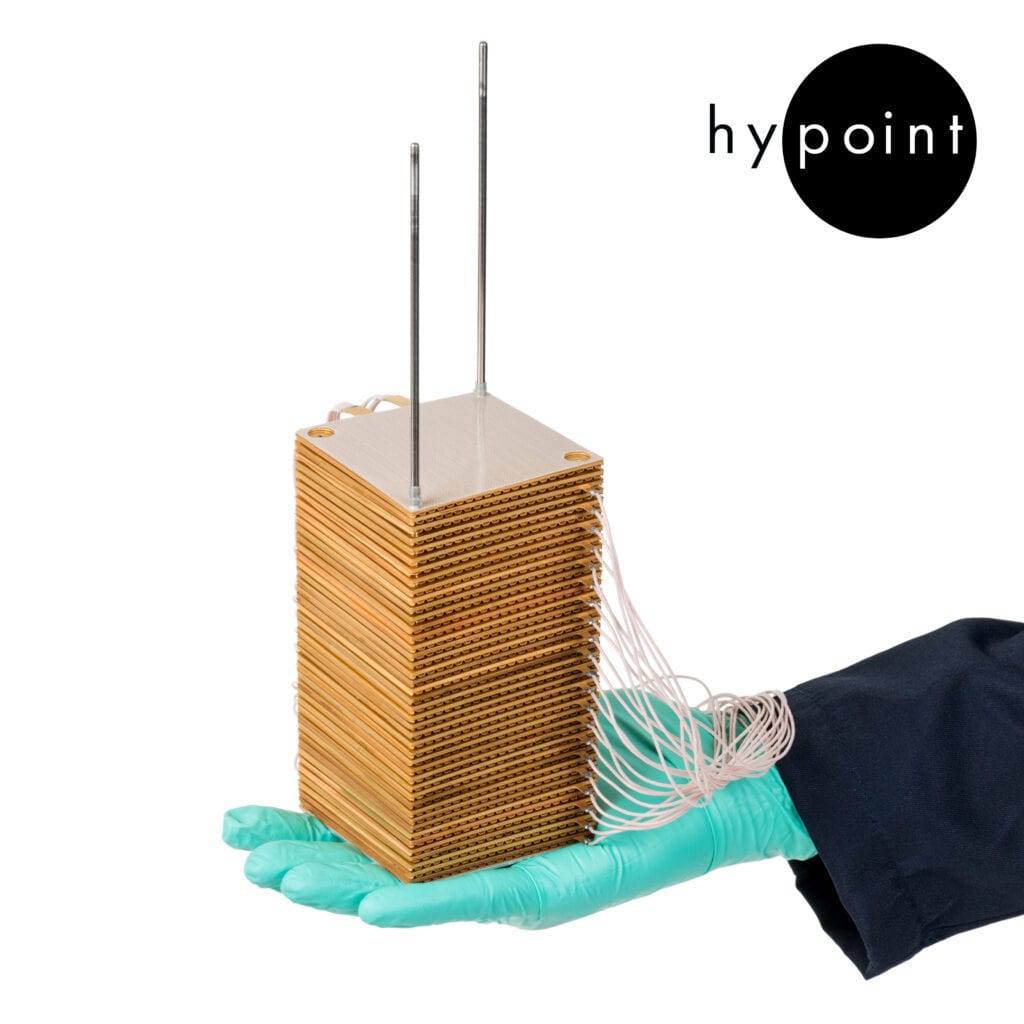 HyPoint has unveiled the first operable prototype version of its turbo air-cooled hydrogen fuel cell system, as the Menlo Park, California-based green energy startup prepares to support validation and testing of its system for a variety of aircraft types and powertrain configurations.

Testing has shown that HyPoint’s turbo air-cooled hydrogen fuel cell system will be able to achieve up to 2,000 watts per kilogram of specific power. Dr. Alex Ivanenko, founder and CEO of HyPoint, told Avionics International that their technology has drawn interest from a wide range of aircraft developers from electric vertical takeoff and landing (eVTOL) jet makers to other startups developing hydrogen powertrains for turboprop aircraft.

Ivanenko said the length of an electric aircraft flight the full-scale version of their fuel cell system can support will depend on a number of different factors.

“It depends on configurations, we’re looking at a range from two hours to six hours, and we can provide different configurations. Flight time is really a question of hydrogen storage. What kind of hydrogen storage would you like to use? If it’s a gaseous form or liquid form, for example, you’ll be able to support a longer or shorter flight,” Ivanenko said.

Among the testing that has already been done by HyPoint on the prototype, they have demonstrated the ability to generate up to 1,500 watt-hours per kilogram of energy density. Thermal management in the fuel cell system is achieved by using bipolar plates and corrosion-resistant coating.

A technical white paper published by HyPoint explaining the design of their turbo air-cooled system says that the idea behind their approach is to circulate high-pressure air through a fuel cell stack, or a bundle of fuel cells, and to recirculate the exhaust air. By re-distributing exhaust air across fuel cell stack inlets, they’re able to save energy that would otherwise be spent by the system on compressing fresh air.

Rendering of the full-scale version in a turboprop engine.

“As long as the air contains sufficient oxygen it can be reused,” the white paper notes.

“We generate electricity from hydrogen,” Ivanenko said. “Our fuel cell system uses a chemical reaction to transform the chemical energy of hydrogen into electricity.”

In December 2020, HyPoint was named a winner of NASA’s iTech Initiative, in which inventive technologies were ranked based on criteria that included technical viability, likely impact on future space exploration, benefits to humanity, and commercialization potential. The startup also claims that its high-temperature (HTPEM) fuel cell system is “three times lighter” than comparable low-temperature (LTPEM) fuel cell systems.

One partner that HyPoint is working with, ZeroAvia, completed a hydrogen-electric aircraft flight in September 2020 and went on to raise $21.4 million from Amazon, Shell, and a Bill Gates-backed fund.

“The reality is that hydrogen fuel cells are the technological driver behind e-aircraft and we are working closely with the team at HyPoint to test their systems for potential integration into future ZeroAvia aircraft,” Val Miftakhov, founder and CEO of ZeroAvia said in a March 2 press release.

Ivanenko said that the main customers HyPoint will be targeting moving forward include aircraft designers, manufacturers, and powertrain OEMs among others. HyPoint expects the system will be ready for testing at the beginning of 2022 and commercialized in 2023, at a price point of between $100-500 per kilowatt (if mass-produced).

“This functional prototype brings us one step closer to our vision of delivering efficient and cost-effective zero-carbon emission fuel cell technology to the aviation industry,” Ivanenko said. “This year, we’re going to build a full-scale version of the system, and prepare for commercialization in different markets.”