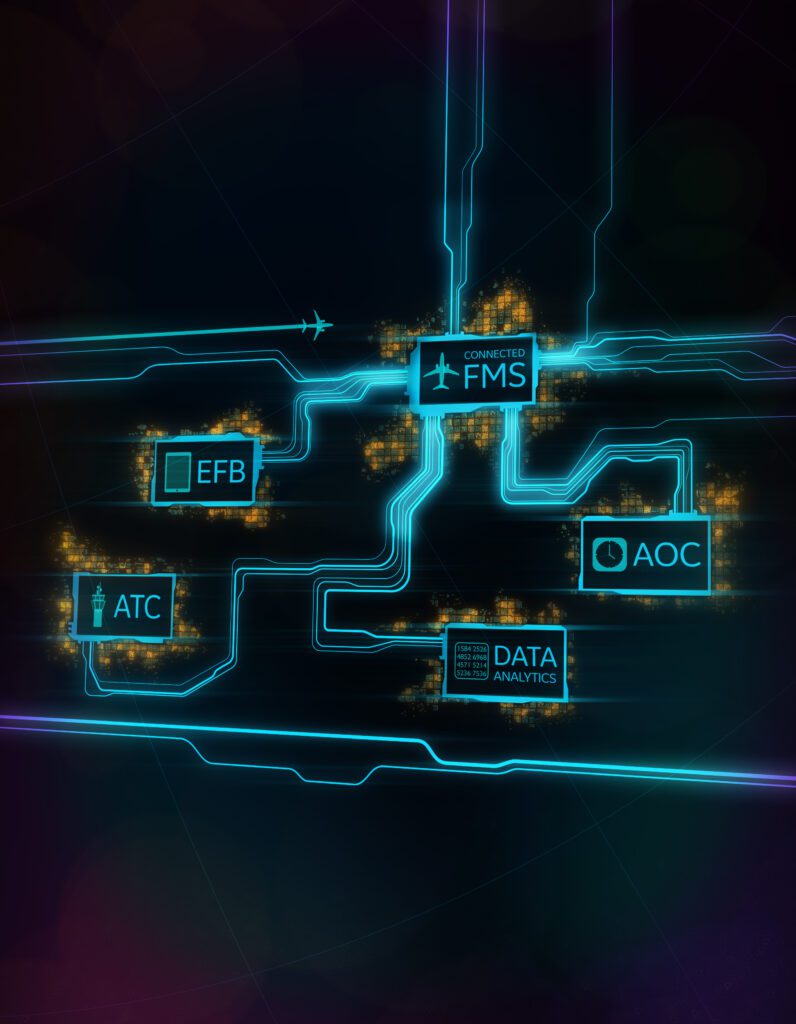 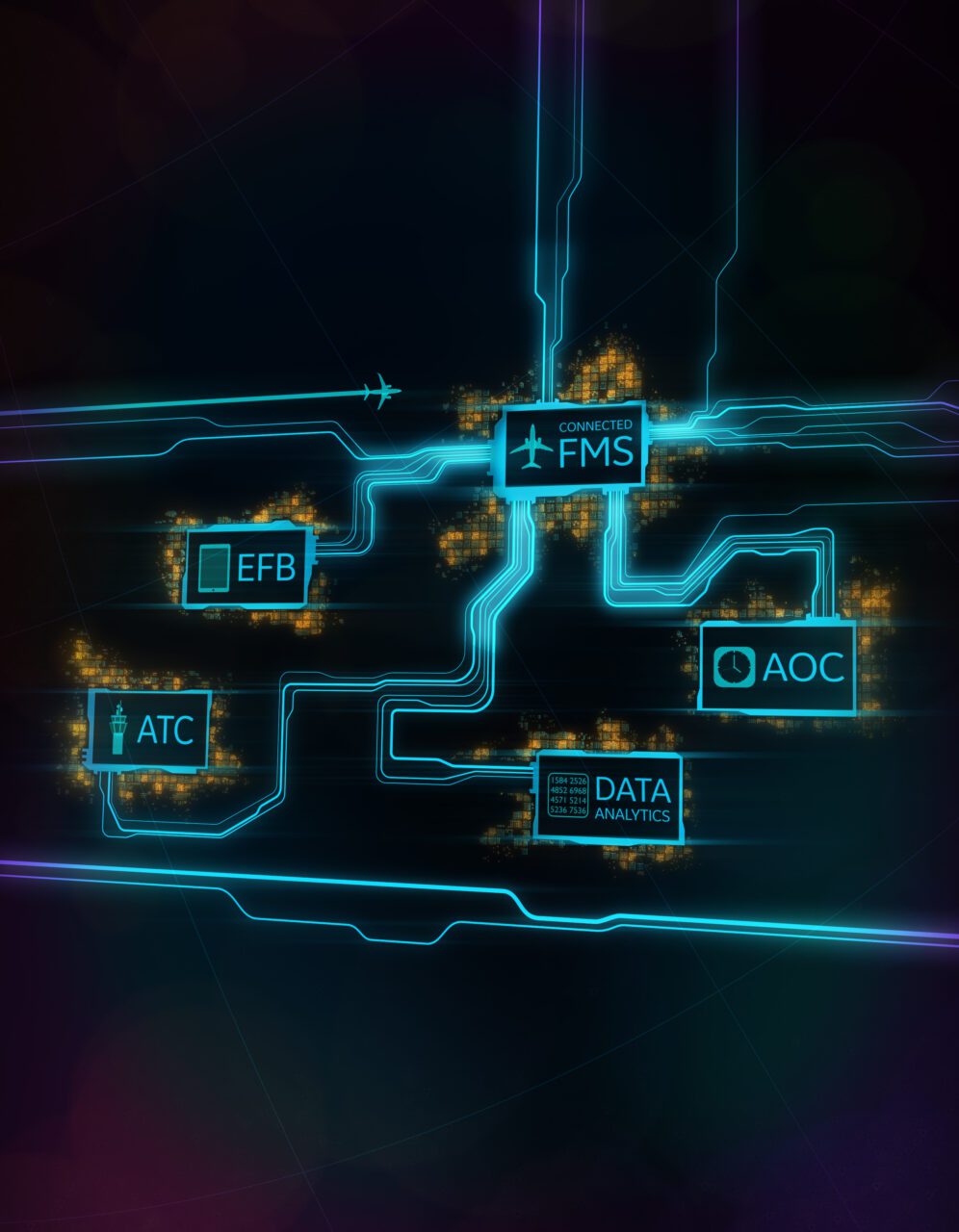 The SmartSky network was designed specifically with applications like this collaborative project with Mosaic ATM and GE Aviation in mind, the company says. (Photo: SmartSky Networks)

Representatives from each of the three companies involved in this collaboration spoke in more detail with Avionics International about what they hope to accomplish. Todd Kilbourne, Senior Program Manager at Mosaic ATM, explained that they began partnering with SmartSky Networks during Phase I of the project. “We started with a simulation of messages that would go back and forth between an on-board FMS and a cloud digital twin version of the FMS,” Kilbourne said. “We used the SmartSky network—both in their simulation lab and their real air-ground network—to validate that the types of messages that would be transmitted between the two versions of FMS could be delivered at the required performance levels over an existing network: the high-bandwidth, high-reliability SmartSky network. We proved that concept and validated that we had an existing network that could perform the way we needed it to.” 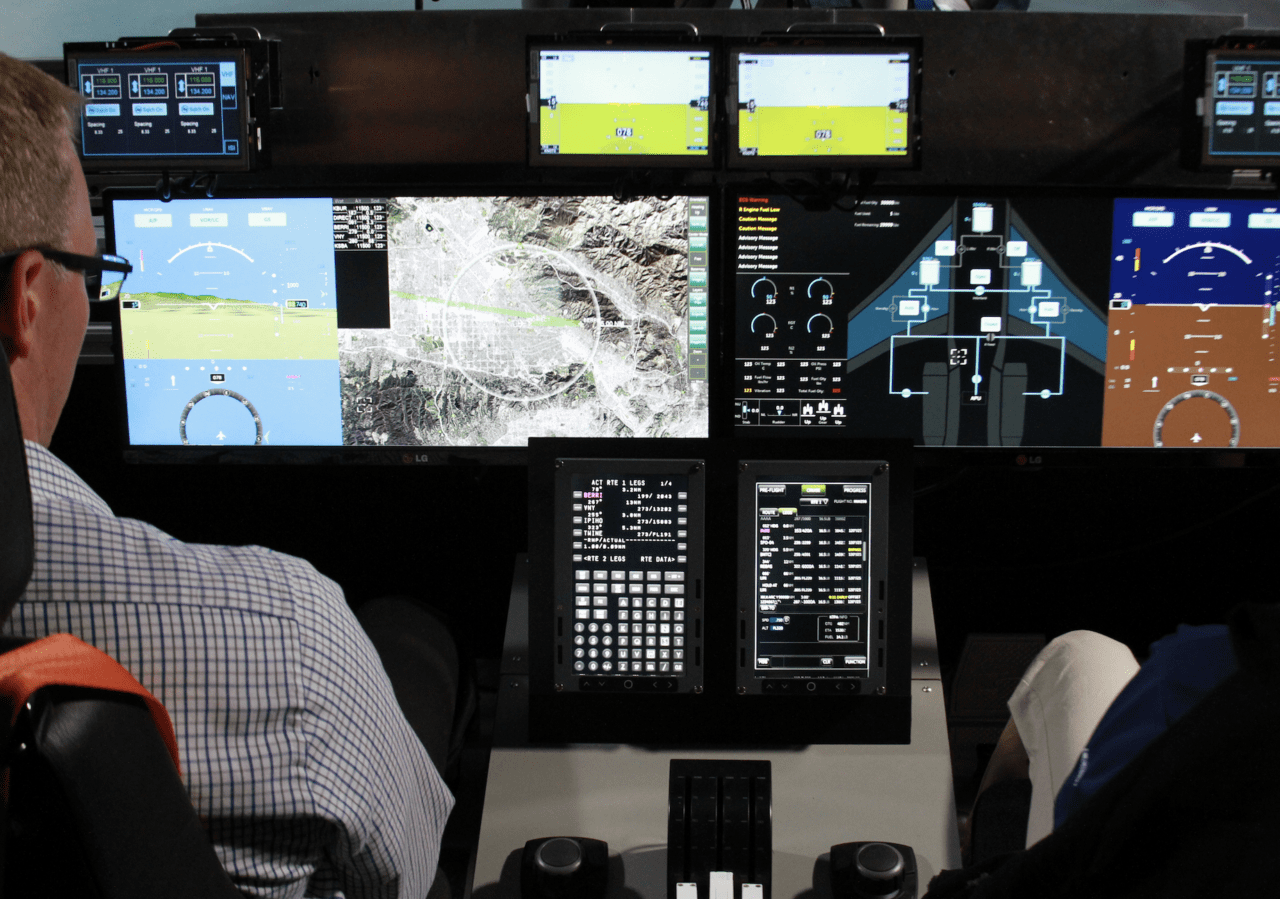 Pictured above is the cockpit demonstrator with the cloud-based flight management system. (Photo: SmartSky Networks)

NASA gave another Innovation Award to SmartSky and Mosaic, allowing them continue with Phase II of the project—which is when they added GE Aviation as a partner. Now, they are about six months into what will be a two-year-long project. In Phase II, Kilbourne shared that they will be testing, both in the simulation lab and SmartSky’s network, “a real connection between the GE TrueCourse FMS on board and their cloud instance of that, and further validate the concept using real products.” The results of this project will include research results, experimental results, and test reports to inform further development of the SmartSky network along with GE’s TrueCourse FMS. Throughout Phase II, there will be a significant focus on commercialization of the concept.

Gary Goz, Navigation Systems Product Director with GE Aviation, explained that in this collaboration, they are working to establish the architecture and design decisions for the changes necessary to accommodate the cloud-based version of GE’s TrueCourse FMS. Their FMS, he said, “is designed to be an open architecture, so it is built with scalability in mind and really focused on how TrueCourse plays in a more connected ecosystem.”

“The project will take the TrueCourse baseline, take some of that flight management non-safety-critical modularity, and either move it or replicate it offboard. In creating that digital twin piece, we take all of that software offboard and provide that capability to innovate the pieces that we can’t change often or quickly onboard, and replicate that in the cloud,” said Goz. Using that digital twin enables traffic flow management and the ability to avoid stackups or hold patterns, which can be done offboard in a highly accurate way.

The SmartSky aircraft connectivity network was designed specifically with applications like this collaborative project in mind, and the products the company used for this project are standard commercial products that are available off-the-shelf. Brian Trainum, Director of Applications at SmartSky, commented, “The aircraft radio and the ground network itself are really designed specifically for these types of requirements that need low latency, that need a bi-directional, high-bandwidth network to support.” 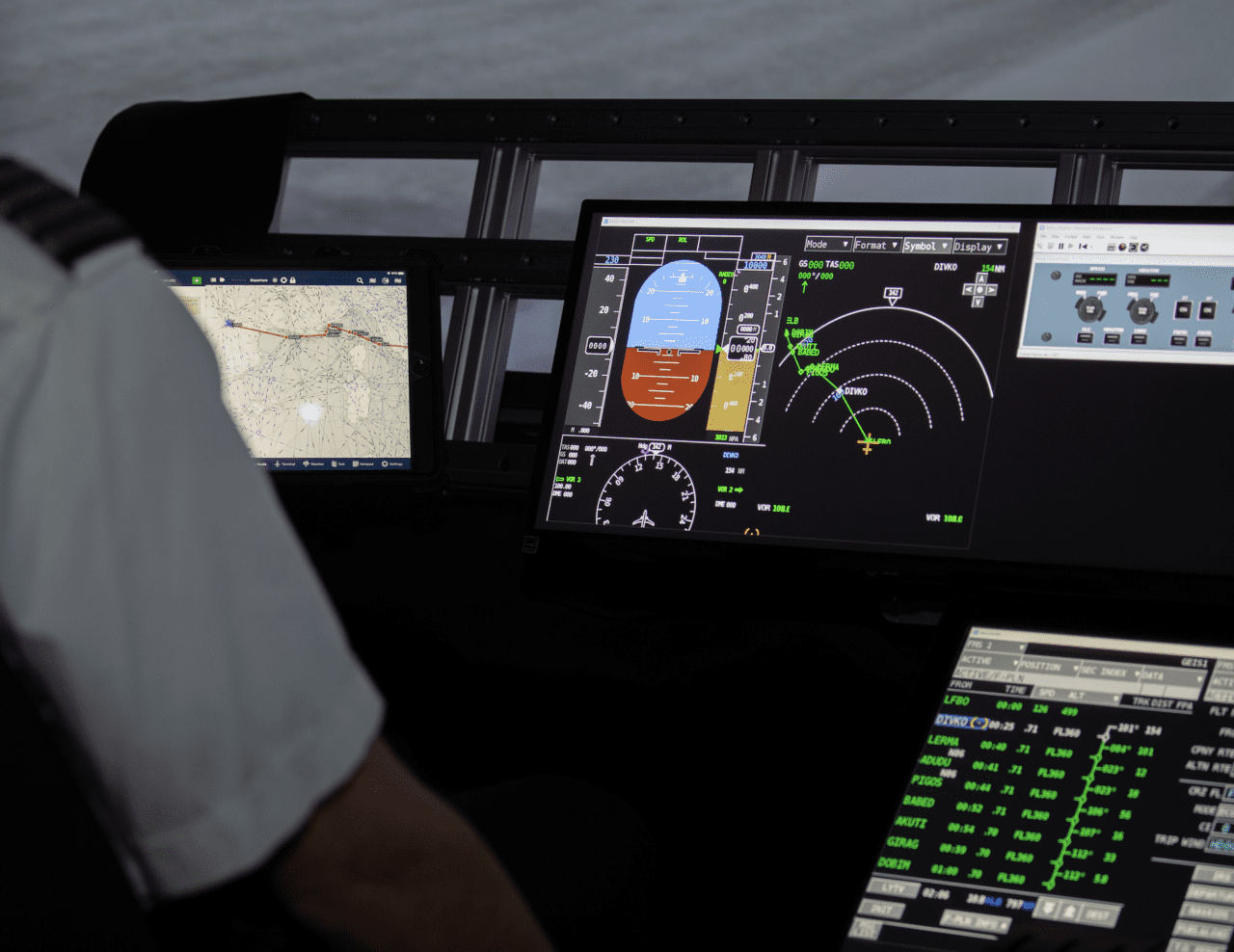 The collaboration is testing a real connection between the GE TrueCourse FMS on board and the cloud version in order to validate the concept. (Photo: SmartSky Networks)

Goz from GE Aviation shared his perspective on the AAM market, saying that there have been many providers hoping to introduce services with traditional, proven capabilities in order to lower risk and achieve certification more quickly. “With our incumbency on the air transport side,” he explained, “the capability to go to market will be a lot easier because we can use that incumbency to prove the product that we have there. That allows us to get it to market more efficiently and in a short time frame.” The team at GE Aviation has been actively engaged with some OEMs and those looking to build out the infrastructure for AAM. Getting their FMS to market quickly is critical for delivering the volume of service that the market now expects, Goz commented.

Modernization of airspace and the role of the FMS—in addition to the pilot participating in a more connected ecosystem—are central to GE Aviation’s mission of sustainability, said Jeremy Barbour, Vice President and General Manager of Connected Aircraft at GE Aviation. “Exploring this technology so that we more deeply understand how flight management system products need to evolve to efficiently participate in this network is really going to help us do that effectively,” he shared.

Barbour also spoke about the numerous flight plan optimization applications currently available in the market and the problems that may arise in utilizing them. “If the offboard application—which is not a digital twin of the FMS—determines that there is a better way to fly the plane, it’s very difficult to know if the FMS will agree that it is, in fact, better. Will the aircraft fly the changed route in a highly predictable, accurate way?”

Having the digital twin of the FMS in the cloud is a great way to solve these problems, he said. “You can interact with the FMS to know: does the FMS agree that this is a better route? If we upload that route change to the FMS, will that plane fly that route in an extremely accurate and predictable way? In order to achieve optimization at the network level that we need, those two problems have to be solved, and we think this is a great way to do that.”