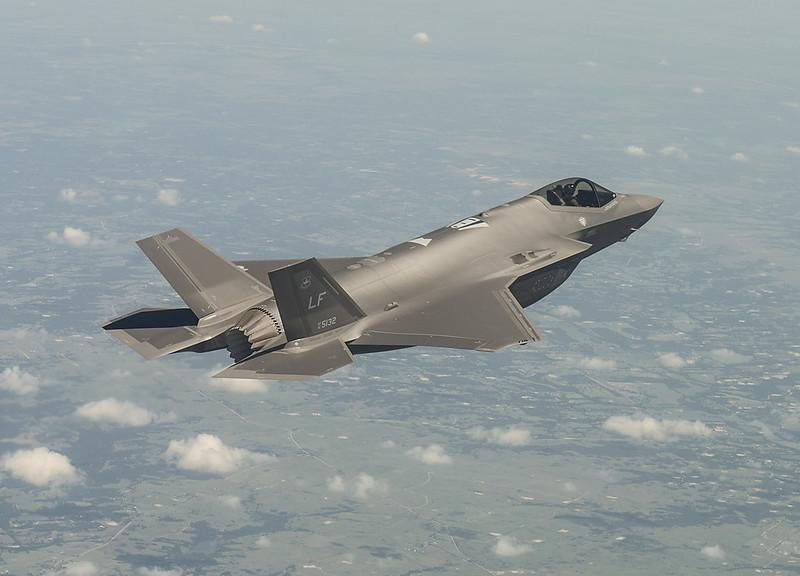 A new government watchdog report warns that the F-35 Joint Strike Fighter is once again at risk of missing its test schedule, amid the ongoing removal of former program partner Turkey and in failing to meet key manufacturing processes.

The Government Accountability Office issued four recommendations for the Defense Department and one recommendation for lawmakers in a May 12 report titled “F-35 Joint Strike Fighter: Actions Needed to Address Manufacturing and Modernization Risks.” These recommendations are meant to help boost supply chain issues as the F-35 Joint Program Office (JPO) and prime contractor Lockheed Martin aim for a full-rate production decision by early 2021. The Pentagon had originally hoped to declare Milestone C for the program by the end of 2019, but announced last October that the decision would be delayed, potentially for up to 13 months.

The report stated that over 10,000 F-35 components were delivered behind schedule in July 2019, up from less than 2,000 late deliveries in August 2017. Between July 2018 and July 2019, the number of reports of parts shortages per month rose from 875 to over 8,000, with over 60 percent concentrated among only 20 suppliers. But efforts to mitigate the effects of those parts shortages and delays, such as changing up the assembly line and moving parts to different stations, cause increased labor hours, the report added.

Lockheed Martin has implemented new practices that would help improve efficiency, but more must be done, GAO said. Only about 3,000 of the over 10,000 manufacturing key processes meet “predefined design standards for ensuring product quality,” and over 500 already fielded aircraft do not meet reliability and maintainability goals.

“Unless the program office evaluates the risks of not meeting these leading practices, the military services and international partners are at risk of not receiving the quality aircraft they purchased,” the report said. 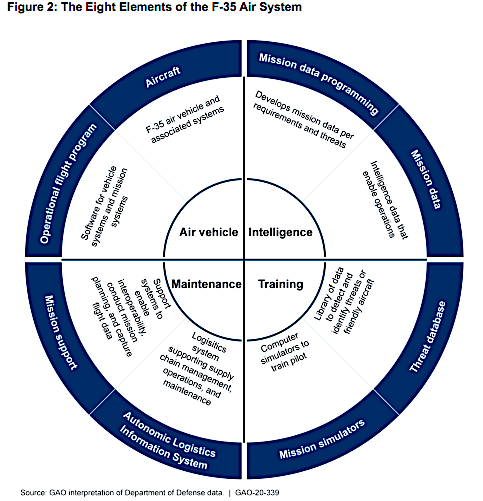 An infographic from the latest GAO report gives an overview of the core F-35 design elements. Photo: GAO

The reports of parts shortages and delivery delays in July 2019 line up with the Pentagon’s decision to suspend Turkey from the F-35 program. The department has had to find new sources for over 1,000 parts that were originally produced by Turkish suppliers, as it pulled Ankara from the program following the country’s procurement of the Russian-made S-400 air-to-air defense system. Pentagon officials, several NATO partners and many U.S lawmakers critiqued Turkey’s move, stating that the F-35 is incompatible with the S-400 system.

The F-35 program has identified new sources for 1,005 parts, but is “assessing the effect of 15 key parts not currently being produced at the needed production rate,” the report said. About 10 percent of those new sources will be working with the F-35 program for the first time, and are unlikely to produce parts at the rate required in the first year, it continued.

The acquisition cost of the F-35 program also increased substantially in 2019, with development costs related to new “Block 4” hardware and software systems increasing by over $1.5 billion, the report said.

“However, the cost estimate did not fully adhere to leading practices, such as including all life cycle costs,” the GAO said. “In addition, while development will continue through 2026, reports on Block 4 that the program submits to Congress are slated to end in 2023. Without continued Block 4 reporting through the development phase, Congress will lack important oversight information.”

GAO recommended that Congress revise a section of the fiscal year 2017 defense authorization bill, and extend the Pentagon’s Block 4 reporting requirement beyond 2023, until all the Block 4 capabilities are fielded. For the Defense Department, the watchdog agency urged a new evaluation of risks to the supply chain and production that are not being met, and that it be submitted to lawmakers ahead of the Milestone C decision.