July 24th, 2020   •   Comments Off on Oxis Energy and Texas Aircraft to Build eColt with Lithium-Sulfur Batteries 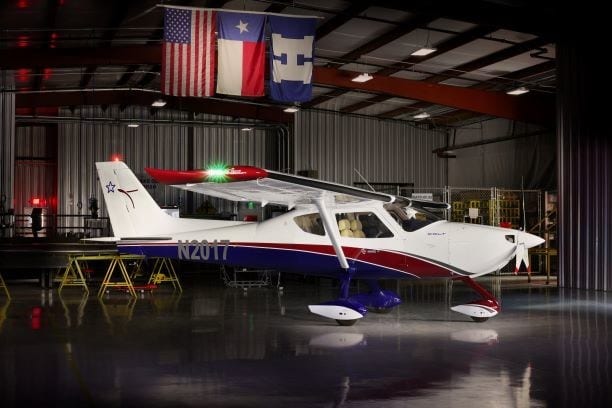 Oxis Energy will collaborate with Texas Aircraft to develop an all-electric version of its light sport Colt S-LSA aircraft, the two companies announced this week.

The aircraft, to be manufactured in Brazil, will be marketed as an eco-friendly trainer — similar to Pipistrel’s recently-certified Velis Electro and Bye Aerospace’s eFlyer 2 — as well as a means of regional transportation throughout Brazil. Using Oxis’ lithium-sulfur (Li-S) battery technology, the eColt is projected to have a flight time in excess of two hours and a range exceeding 200 nm.

“The opportunity to be at the forefront of the transformation Brazil’s private aviation to all-electric power is an amazing opportunity,” said Matheus Grande, CEO of Texas Aircraft Manufacturing. “With its wide cabin and exceptionally pilot-friendly flight characteristics, the eColt is going to be a fantastic airplane for flight training and personal transportation in Brazil and around the world.”

Oxis claims one benefit to the use of Li-S batteries over lithium-ion is safety, as sulfur is a non-conductive metal. The company’s 90 kilowatt-hour battery system is 40 percent lighter than current Li-Ion battery packs used for aviation, according to Oxis, with an energy density of 400 Wh/kG. For comparison, Eric Allison, head of Uber Elevate, recently described current Li-Ion battery technology during a virtual webinar hosted by the Farnborough Air Show as reaching 260 Wh/kG.

However, many other electric aviation companies have expressed concern about Li-S batteries, citing significantly shorter cycle life and the need for frequent replacement — an expensive proposition.

The cycle life performance of Oxis’ batteries is up to 200-300 cycles and the company’s development strategy is “centred around improving this figure through the development of advanced lithium metal anodes and a new class of stable electrolyte,” a company representative told Avionics.

“Charge rates are approximately 5 hours today depending on the energy remaining in the battery. Therefore, for a quick turnaround, swappable batteries are a good solution today. We expect charge times to reduce to an hour in the next 3 years,” the representative added.

Design, development and all of the aircraft’s key airframe and power component manufacturing will take place in Brazil. The Li-S battery cells made at Oxis’ factory in Juiz de Fora, the powertrain will be supplied by WEG of Jaraguá do Sul, and the battery management system will be provided by AKAER Group of São José dos Campos.