May 2nd, 2020   •   Comments Off on PODCAST: Daedalean CEO Talks Neural Networks in Aviation 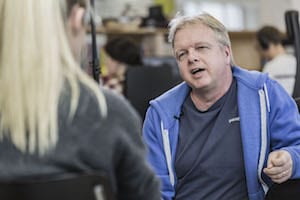 Luuk van Dijk, a software development engineer who previously worked for technology giants Google and SpaceX, is the co-founder and CEO of Zurich, Switzerland-based startup Daedalean.

On this episode, we caught up with Luuk van Dijk, co-founder of Zürich, Switzerland-based startup and provider of autonomous flight control technology Daedalean. On Apr. 1, Daedalean and the European Union Aviation Safety Agency (EASA) jointly published a report entitled, “Concepts of Design Assurance for Neural Networks.”

Some of the results of the project will serve as a key enabler towards the certification and approval of machine learning in safety-critical applications onboard aircraft.

During our interview with van Dijk, he explains the differences between artificial intelligence, machine learning and how neural networks is effectively a subset of these concepts. The former SpaceX engineer also discusses some of the near term use cases of neural networks within aviation, including how they have been flight testing the use of one for image recognition, object detection and visual landing systems over the last few years in drones, air taxis and manned aircraft.

Have suggestions or topics we should focus on in the next episode as part of this new series? Email the host, Woodrow Bellamy at wbellamy@accessintel.com, or drop him a line on Twitter @WbellamyIIIAC.