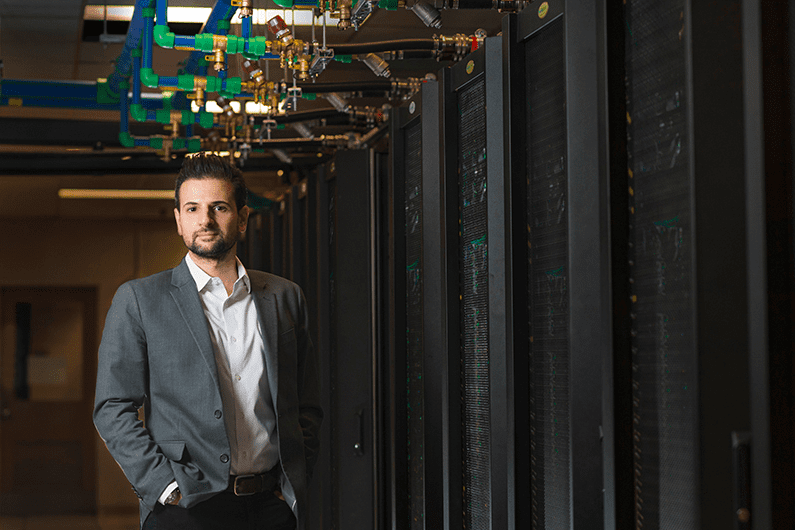 Researchers at Purdue University have created a turbulence model for vortex collisions that could allow aircraft engineers and designers to build aircraft more capable of handling extreme scenarios.

“What we have managed to do is find a way to get closer to that step where a computer model can handle everything and the way we do it is we model some of the complexity that is inherent in these sort of flows and the structure of turbulence,” Carlo Scalo, a Purdue associate professor of mechanical engineering with a courtesy appointment in aeronautics and astronautics, told Avionics International. “We model it with a physics-based model so that it makes it easier for computers to actually get to the point where we can model the whole airplane.”

Scalo said the complexity of every detail of what happens around an airplane is still too much for any available computer to calculate. However, this model allows for those calculations to happen without a computer with more computational power.

A new modeling approach allows engineers to simulate an entire vortex collision without needing to do extensive data processing on a supercomputer. (Purdue University video/Xinran Zhao)

Scalo describes vortices like dominoes. A big vortex trips a smaller one and then so on. All these vortices form a sort of dance with each other as they are triggered.

Previous models were not able to capture the vorticity which made them less accurate, Scalo said. The computer models would artificially truncate the vertices because they were very difficult to track. The new model is able to track these with great accuracy.

This research was funded by the Department of Defense and its facilities were used for large-scale computations, according to Purdue.

“The thing that’s really clever about Purdue’s approach is that it uses information about the flow physics to decide the best tactic for computing the flow physics,” Dr. Matthew Munson, Program Manager for Fluid Dynamics at the U.S. Army Research Office, said in a press statement from the Army. “There is enormous potential for this to have a real impact on the design of vehicle platforms and weapons systems that will allow our Soldiers to successfully accomplish their missions.”

“Actually, this work is, I would argue, even more important for commercial airplanes because commercial airplanes need stability,” Scalo said. “It’s uncomfortable for passengers to feel that turbulence. Fighter jets are designed to be in a constant state of instability.”

Now that the model is published, it must be integrated in DoD source codes. The researchers will have to work together with the DoD to raise the technology readiness level and put this model into real simulations. This would also involve the researchers being granted a higher-level contract with the DoD.

“I always look forward to integrating what I do in the DoD’s workflow as soon as possible…I look forward to getting a 6.2 or 6.3 level type of contract with DoD and help them achieve these goals…I think, for every successful 6.1 level research there needs to be an immediate path for transition to apply to work,” Scalo said.