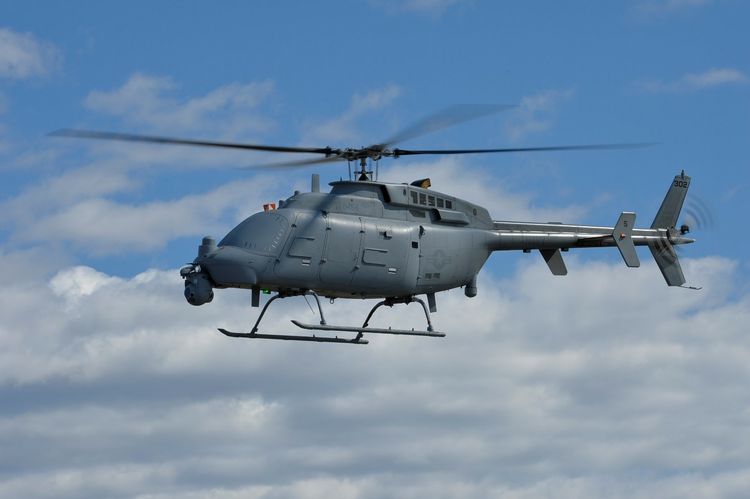 The United States Navy has completed calibration testing of the Leonardo Osprey 30 AN/ZPY-8 radar for the Northrop Grumman MQ-8C Fire Scout drone and is to finish flight testing of the radar by December, as the Fire Scout moves toward planned deployment next year.

The Navy began calibration flight testing of the radar on Feb. 27 at Patuxent River, Md. after several weeks of ground testing. The Active Electronically Scanned Array (AESA) AN/ZPY-8 radar uses Minotaur Mission Processor software developed by the Navy and the Johns Hopkins Applied Physics Laboratory. The software, which began development in 2006 and is deployed on a number of platforms, including Customs and Border Protection Super King Air 350ERs by Textron Aviation, Navy P-8A Poseidon surveillance aircraft by Boeing, and Coast Guard HC-130Js, allows the integration of multiple sensors and the cross-platform sharing of data.

“The dedicated test period for Minotaur calibration is complete, but the test team and suppliers will continue to analyze data collected during the remaining test events to continue to fine tune calibration of the Minotaur software, as needed,” Soderberg wrote. Electromagnetic Environmental Effects (E3) testing is currently underway and will continue into early June.  Under a Capabilities Based Test and Evaluation (CBT&E) approach, radar performance testing is planned from June – December 2020 with the calibrated software.”

Northrop Grumman said that it has delivered 32 of 38 planned Fire Scouts to the Navy and that all will receive retrofits of the AN/ZPY-8 radar, which the company said expands Fire Scout’s range to meet future requirements and significantly increases Fire Scout’s detection and tracking of targets.

The COVID-19 pandemic has not delayed the flight testing of the AN/ZPY-8 radar, according to Soderberg.

“The test team implemented a work around to increase the rate of digital data exchange between the government and suppliers when the suppliers were unable to support flight test on site,” Soderberg wrote in his email.  “This change in approach slowed test data analysis but the team has been able to maintain the schedule for engineering software build delivery in support of the test program.” 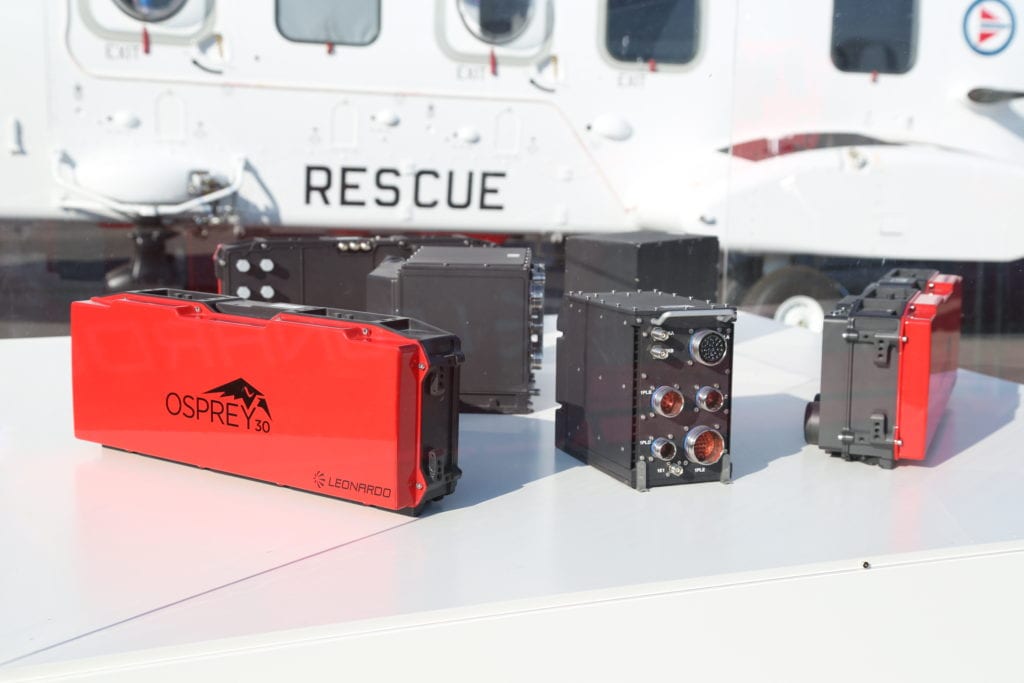 An AESA radar for a small Intelligence, Surveillance, and Reconnaissance (ISR) platform, like the MQ-8C Fire Scout, is unusual, Euan Walker, the head of radar capability at Leonardo, told Avionics in a telephone interview. Leonardo said that it was the lead company in adapting AESA radar, normally for use by high performance fighter and strike aircraft, for ISR platforms.

“The key thing with an AESA radar is that instead of having one single transmitter and one single receiver, you have hundreds of individual transmitters and receiving elements,” he said. “That gives you great flexibility in terms of how you coordinate all those transmitters and receivers. That flexibility, most significantly, means you can move the radar beam around the sky almost instantaneously. That gives you far greater operational flexibility in doing multiple tasks very efficiently. It also allows you to change the characteristics of what you transmit on a pulse by pulse basis.”

Wayne Smith, Leonardo’s head of radar campaigns, said that the Navy wanted a conformal antenna array radar for the MQ-8C that did not create significant drag, as an underbelly radome for a mechanically steered radar would incur.

The Osprey 30 radar has 12 military and paramilitary customers, including its fielding on the Norwegian All Weather Search and Rescue AW101 helicopter by Leonardo.

Leonardo said that the AN/ZPY-8 is significantly more reliable than mechanically steered radars and that it is 5 to 10 times less in procurement cost.

“There has been a significant level of DoD interest in the Osprey family [of radars],” Walker said.