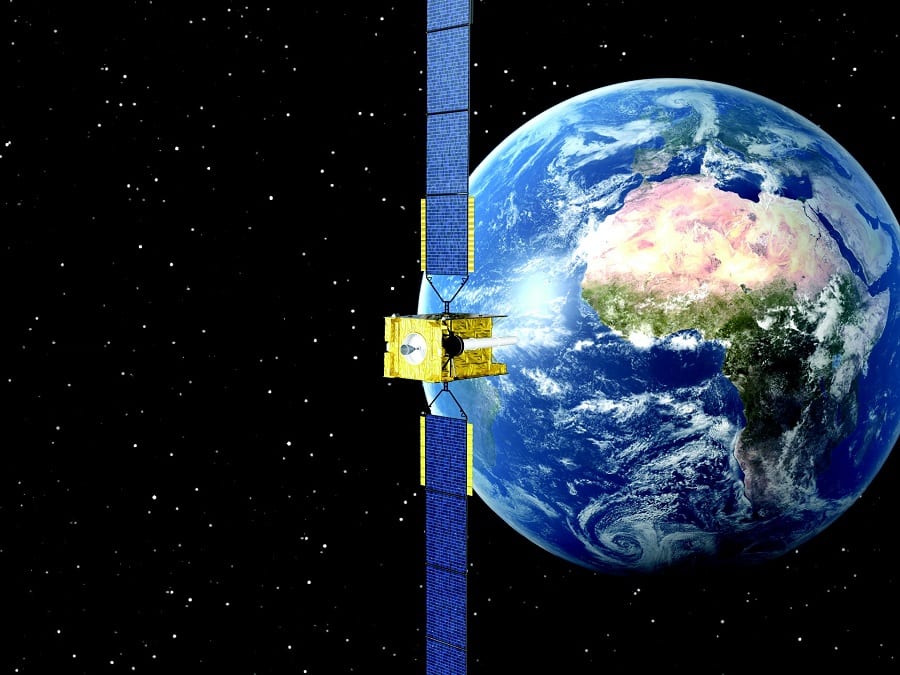 The U.S. Space Force is investigating hosting payloads on the Airbus Skynet, pictured here, and other satellites (Airbus Photo)

The U.S. Space Force is working with the United Kingdom on military space projects and looking into further areas of cooperation. Areas of interest include small satellites, space deterrence and reduction of on-orbit space debris, satellite communications, and launch.

Last July, the then-U.K. Defense Secretary Penny Mordaunt discussed the U.K. Ministry of Defense’s space program, including the commitment of £30 million to accelerate the launch of a small satellite demonstrator within a year under Team Artemis, a transatlantic group of U.K. and U.S. defense personnel developing an end-to-end space system.

“We remain interested in supporting the U.K. on Artemis,” Space Force’s Chief of Space Operations Gen. John Raymond told the London Air & Space Power Conference in a July 15 virtual keynote speech. “Our Space Force and Air Force teams are currently evaluating where we can best leverage this capability across the space enterprise. Satellite communications is another area where we are working closely together. Our mutual needs for increased communications bandwidth and a more resilient SATCOM architecture has the United States investigating partnership arrangements and hosted payloads on Advanced Extremely High Frequency [AEHF] evolved strategic satellite communications systems, Skynet and Wideband Global SATCOM [WGS] systems, to name a few. Additionally, our nations recently reached agreement on technology safeguards that allows United States companies to support launching spacecraft from the U.K.”

Lockheed Martin and Northrop Grumman built the AEHF satellites, while Airbus builds the Skynet X-band military communications satellites. Since 2007, the U.S. military has deployed 10 Boeing Wideband Global Satcom satellites (WGS) that use the Ka-band frequency, but bandwidth demands continue to rise for forces in the field and commanders back in the continental United States.

At the annual Space Symposium in Colorado Springs, Colorado in April last year, the then-commander of U.S. Strategic Command, Air Force Gen. John Hyten, currently the Vice Chairman of the Joint Chiefs of Staff, said that the U.S. military was sharing its space plans for the first time with allied nations under Operation Olympic Defender. At the same conference, Air Force Chief of Staff Gen. David Goldfein held a meeting with international air chiefs in the inaugural Air Chiefs Space Conference.

Last year, the U.K. became the first nation to join the U.S.-led Operation Olympic Defender, a coalition to deter hostile space actors, such as China, Russia, and Iran, and decrease the spread of on-orbit space debris.

“Information advantage is a critical enabler of space superiority,” Raymond said in his July 15 address. “Without time relevant information, data and intelligence, our satellites and their operators will be unable to respond fast enough to threats that we see today. The speed of information is central to our ability to defeat anti-satellite weapons which can reach their targets in minutes; jammers whose wave forms travel at the speed of light; and cyber weapons which are largely difficult to detect and interdict.”

“Therefore, to build a credible deterrent, our Space Force portfolio must be able to deny our adversaries the benefit of attack or be able to impose costs upon them, and this places a high value to threat relevant information, not only in our operations centers, but also on the edge within our satellites and their command and control systems,” Raymond said.