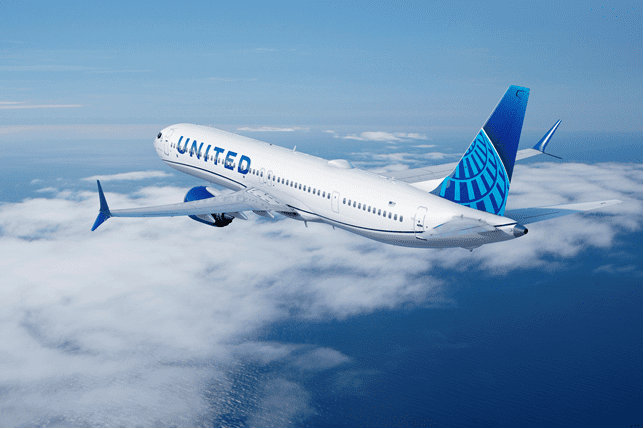 United Airlines has placed its largest order ever for a total of 270 Airbus and Boeing jets. (Boeing)

United Airlines has placed its largest ever order for a combined 270 Airbus and Boeing commercial jets and committed to equipping every new aircraft type joining its fleet with seatback in-flight entertainment (IFE) screens.

The order includes 50 Boeing 737 MAX 8s, 150 737 MAX 10s, and 70 Airbus A321neos, with a “new signature interior that includes seat-back entertainment in every seat,” according to a June 29 press release. During a question and answer session with analysts at the “United Next” investor event, Andrew Nocella, Chief Commercial Officer, United Airlines, said that the international carrier sees higher net promoter scores (NPS) on aircraft that feature seatback IFE screens versus those that do not.

“In particular the seatback IFE, we have a number of aircraft with this, we can tell our NPS scores are off the chart when we offer this type of product, our customer satisfaction is off the charts when we offer seatback IFE. Everything about the experience of flying on an aircraft with seatback TV is better. The food is better on our aircraft with seatback TVs, literally, the food is better, and it’s a halo effect that comes with occupying the time of our customers while they’re flying a three to five or six-hour journey. It’s really important.”

The decision to keep the seatback IFE screens by United comes as some airlines have decided to drop them in favor of centering their in-flight passenger experience strategies around connecting passenger mobile devices. Most low-cost carriers, including newly launched Avelo Airlines, whose VP of guest experience says they’re considering future IFC investment, have opted to eliminate them in new aircraft orders.

“There’s some other airlines out there that do offer seatbacks and there’s many airlines that don’t. But when you combine our global network, this product, these seatbacks, we really are in the process of differentiating our product. It’s not just for the people that sit upfront, there’s a seatback monitor at every seat,” Nocella said. “When we’re competing on the low end or the high end we’re often an elevated product, and our belief is this is going to allow us to differentiate, better segment our revenue, and make sure we generate the most revenue we can from this new aircraft.”

Nocella said that the airline has also invested in digital aircraft maintenance technologies that allow its technicians to wirelessly clear an aircraft on the ground for takeoff.

“When there is a mechanical problem on the aircraft, our mechanics carry iPads, they can request the parts from those iPads and they can clear the flight to depart from those iPads, whereas it used to be the logbook and all the paper going back and forth, you could see the mechanic going in and out of the aircraft, and you’re saying when are we going to leave? If you fly United today you just don’t see that anymore. Expect a lot more and our digital team is just so energized to deliver these products as well,” Nocella said.

The order for 270 new aircraft comes following United’s recent commitment to purchase 15 total supersonic jets being developed by Boom Supersonic, and several months after  United made another major investment in future aircraft technology through a partnership with Archer Aviation for its Maker electric air taxi.

“By adding and upgrading this many aircraft so quickly with our new signature interiors, we’ll combine friendly, helpful service with the best experience in the sky, all across our premier global network,” United Airlines CEO Scott Kerby said in a statement. “At the same time, this move underscores the critical role United plays in fueling the broader U.S. economy – we expect the addition of these new aircraft will have a significant economic impact on the communities we serve in terms of job creation, traveler spending, and commerce.”