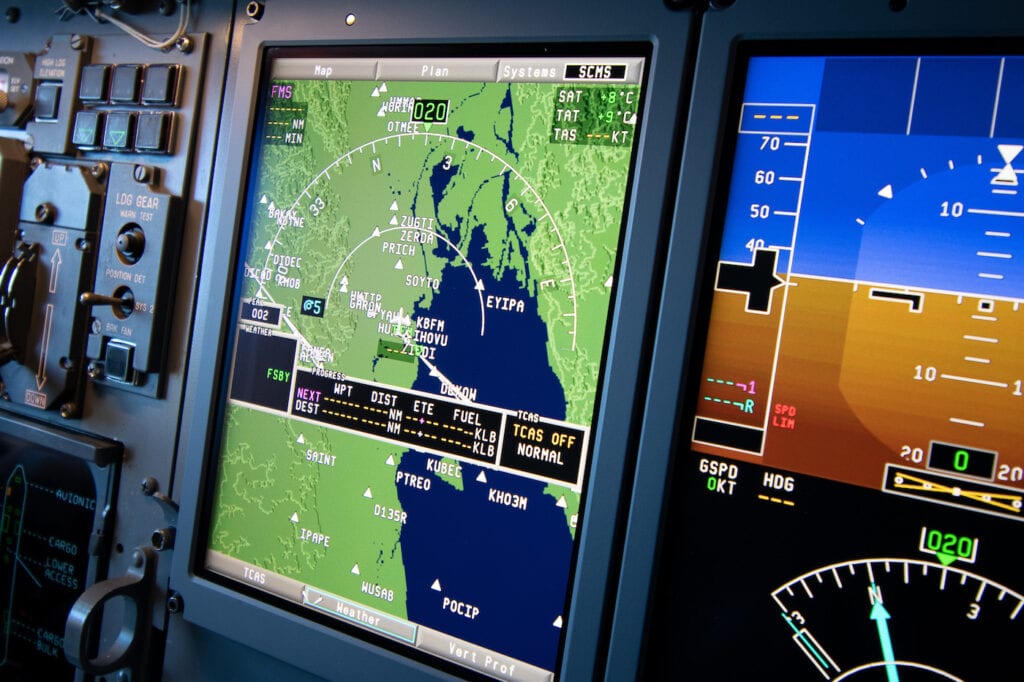 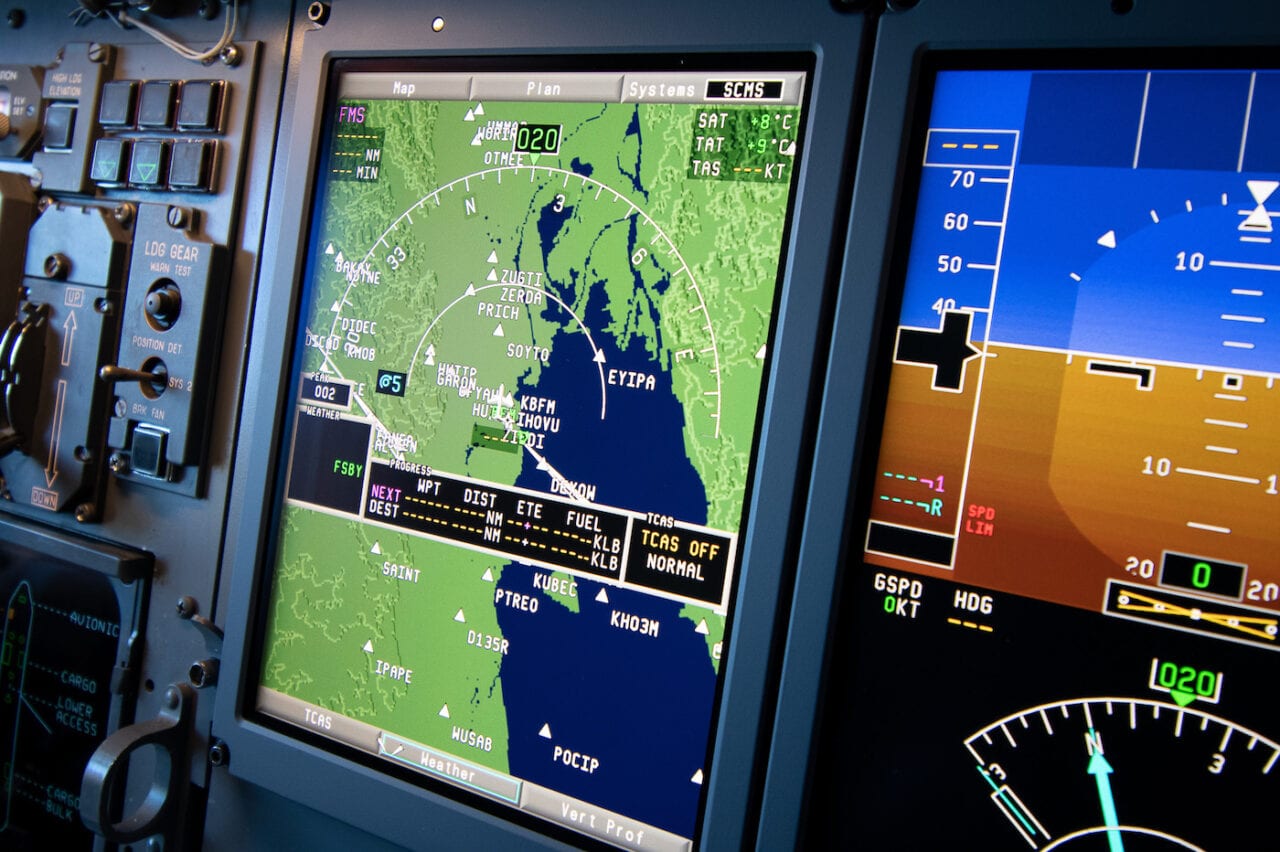 Airbus delivered the first upgraded A300 to UPS, MSN868, on Feb. 3 at its Mobile, Alabama facility. The avionics overhaul program was first publicly announced by Airbus, Honeywell, and UPS during a May 2017 press conference.

“The prior A300-600 had Honeywell’s Flight Management Computer (FMC),” Allen Fenske, senior business director at Honeywell Aerospace, told Avionics International. “It was the limitations of this 30-year-old system that precipitated the original discussions between UPS and Honeywell regarding the upgrade.  The FMC navigation databases are loaded via floppy disks, which takes 45 minutes and due to limited storage space is limited to a regional set of routes.”

Fenske, who is responsible for managing avionics supplied to all Airbus aircraft models by Honeywell, said that the key to replacing the use of floppy disks as a storage medium for UPS is their Aircraft Data Gateway (AD300) technology. “Now these databases are installed wirelessly via the Honeywell Aircraft Data Gateway ADG300 system and completes in two minutes,” he said. “Furthermore, the navigation database now includes all the worldwide routes and does not require changing databases based upon the region of operation.”

Upgrading software on the A300s has also become easier with Primus Epic — the latest version of which now hosts cockpit functionality such as primary flight display applications or central maintenance computer functions — on multiple processor cards. Whereas each of these separate functions needed to be individually physically modified to upgrade the aircraft’s software in the past, each function is now updated through the ADG-300’s wireless interface. 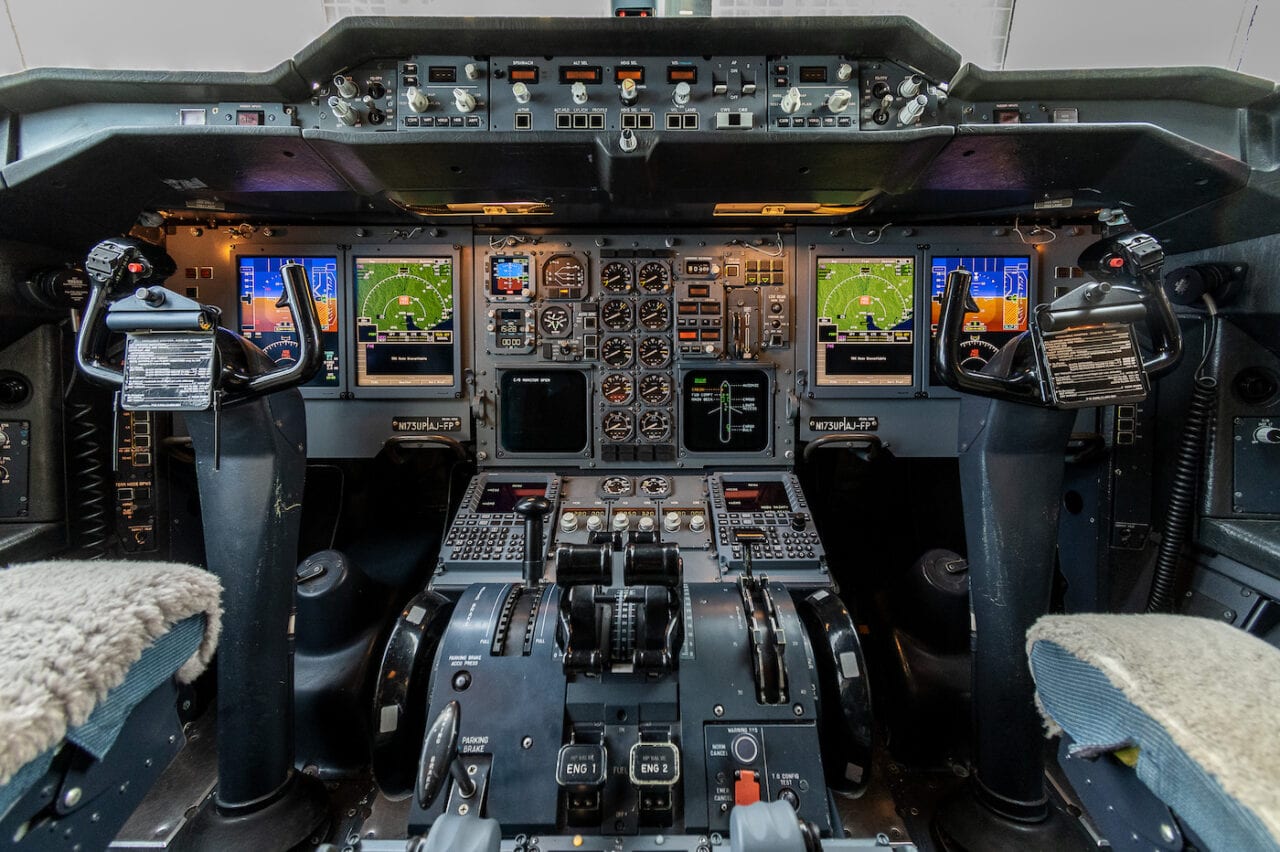 The cockpit of the first upgraded A300 to be operated by UPS. (UPS Airlines)

A300 operating manuals are also now hosted on the new data gateway, where they can be wirelessly downloaded to the iPads used by UPS pilots. There are also plans to further upgrade the capabilities of the ADG-300 that can be used by UPS, which still needs to clear regulatory approvals, according to Fenske.

“The ADG-300, (along with the Honeywell GoDirect Router) enables the ability to “print-to-file” flight plans and other documents (in .pdf and .rpt formats).  The information flows from the CMC, thru the ADG-300 to the [electronic flight bag] EFB.  This functionality is not certified yet with UPS, it is planned for mid-2022,” Fenske said.

Primus Epic’s new central maintenance computer gives the A300 a fault history database capable of storing up to 16 flight legs per day and a maximum storage capacity of 6 megabytes. That can accommodate for data generated by more than six months of typical flying with an A300 before its data needs to be offloaded to a ground storage system, according to Fenske.

During a Feb. 8 Airbus-UPS Zoom press call, Ed Walton, director of engineering for UPS, told reporters that they’re currently in the process of finalizing agreements with two aircraft modification providers tasked with completing the upgrade for the remaining A300s that need it. UPS expects to have the entire A300 fleet upgraded by late next year and Walton believes the avionics refresh could extend the service life through the late 2030s.

“We have no concerns at all about the airframes being able to go to 2035 and beyond,” Walton said. 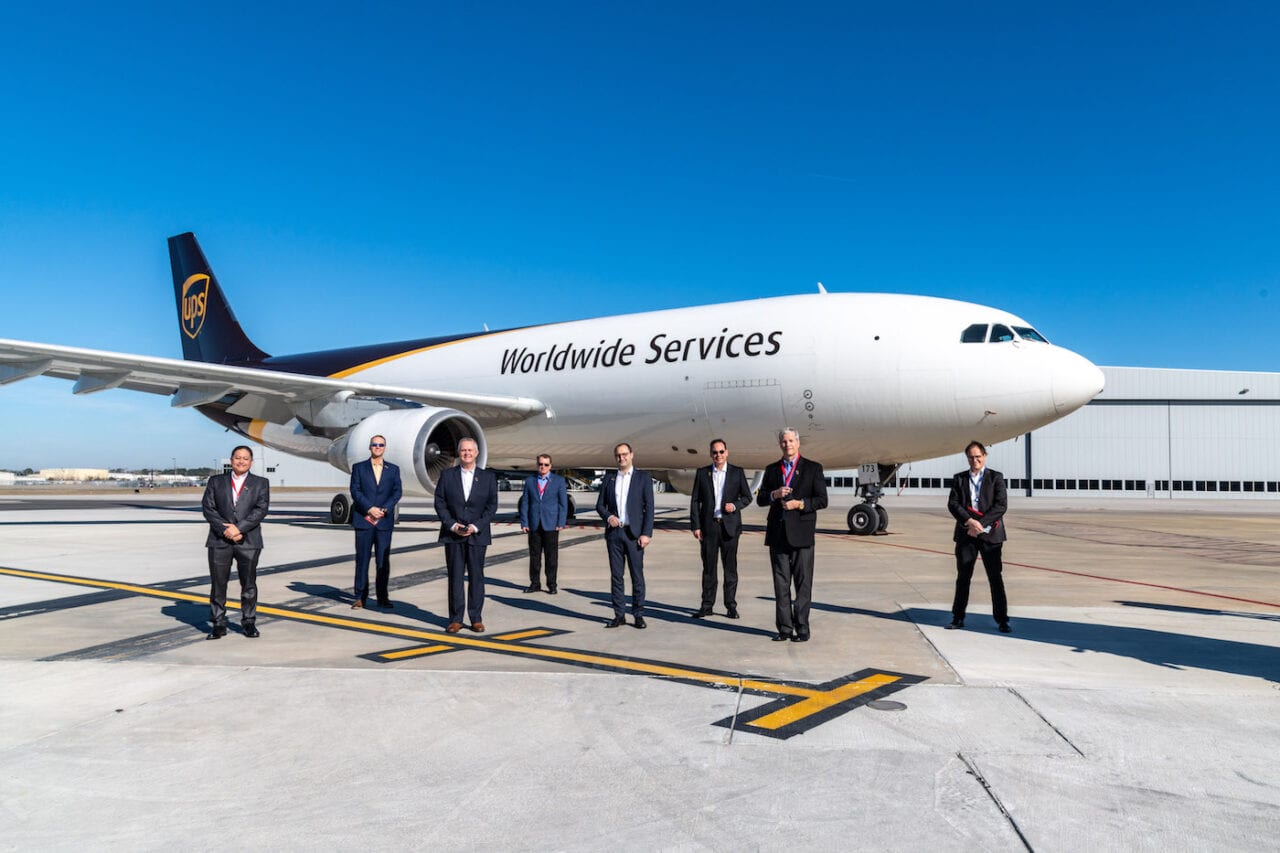 UPS received its first upgraded A300 during a delivery ceremony at the Mobile, Alabama Airbus manufacturing facility. (UPS Airlines)

UPS first started taking delivery of the A300s from Airbus between 2000 and 2006. Since then, Walton said, the growth in the number of unique new departure and arrival sequences at airports in the U.S. had become a challenge for the 200-kilobyte storage capacity size of the original flight management computer’s navigation database.

“That worked ok for the first decade,” Walton said. “Even though we only fly the airplane in North America, we were pretty much having to be very stingy with the navigation database that we put into the airplane and had to eliminate a lot of airports.”

Walton expects upgrades for the remaining A300s to begin in May.