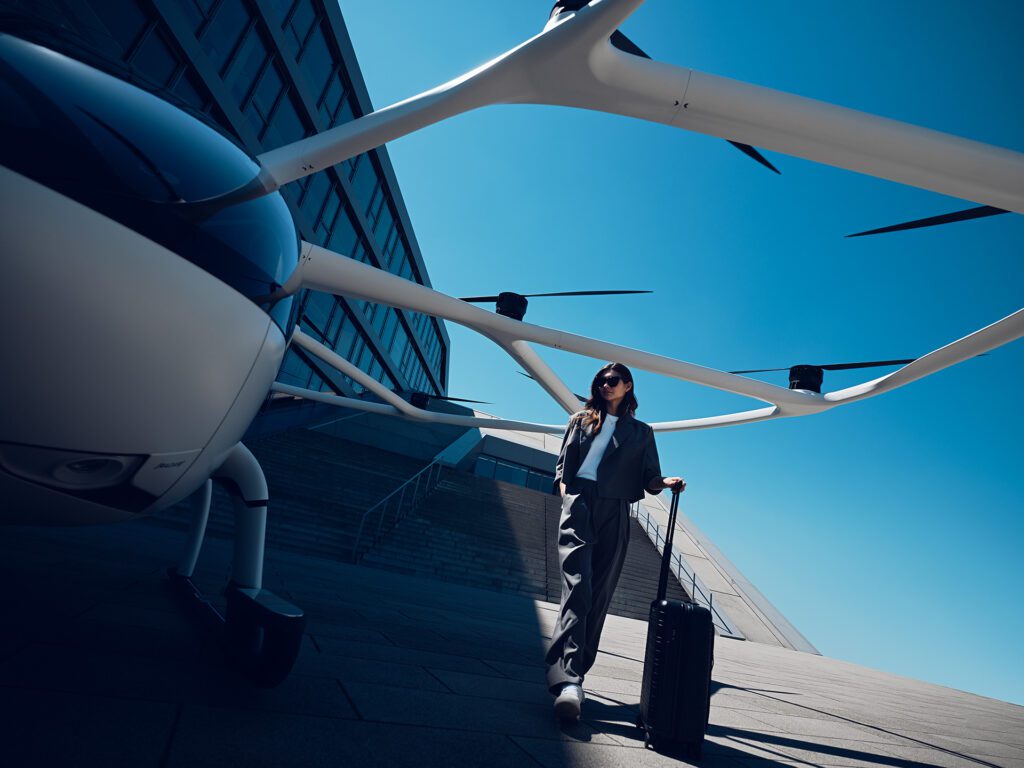 Volocopter is exploring launching its eVTOL aircraft in Los Angeles with a new partnership. (Volocopter)

The German urban air mobility company (UAM) Volocopter announced a new partnership with Urban Movement Labs that will allow the company to explore launching its UAM vehicles in the U.S. market, the company announced on Sept. 15.

Volocopter will also attend the CoMotion in Los Angeles to educate the public on their UAM vehicles.

“Our partnership with Urban Movement Labs is a great entryway into the US with our innovative UAM services,” Christian Bauer, CCO at Volocopter, said in a statement. “By leading the conversation about urban air mobility with broad stakeholders in Los Angeles, Volocopter can strategically identify and address how our services can benefit cities in the country. More importantly, we are also gaining real insights into living transportation ecosystems in the US to build the best complimentary service to other modes of transportation for our future passengers.”

Urban Movement Labs is collaborating with the Los Angeles Department of Transportation (LADOT) on the Urban Air Mobility Partnership which intends to identify challenges and solutions for integrating UAM into the city.

“We are executing a community-first strategy to engage with community-based organizations and inform a policy framework that will guide the development of UAM infrastructure in the City of Los Angeles,” Sam Morrissey, Executive Director at Urban Movement Labs, said in a statement. “Through our partnership with Volocopter we can explore specific pilot projects to advance a future UAM network that reflects what we hear from Angelenos and establishes standards for future UAM operation.”

The new partnership between Volocopter and Urban Movement Labs will give Volocopter insight when creating a policy framework to launch its UAM vehicles in Los Angeles.

Volocopter is developing a UAM ecosystem that includes an inter-city air taxi, VoloCity, a heavy-lift drone, VoloDrone, and an intra-city air taxi, VoloConnect. The company is working on concurrent certification from the European Union Aviation Safety Agency (EASA) and the U.S. Federal Aviation Administration (FAA) which would allow the company to launch in both markets. Volocopter recently received a prerequisite approval from EASA to begin producing its electric air taxi which took its first public flight in France at the Paris Air Forum.