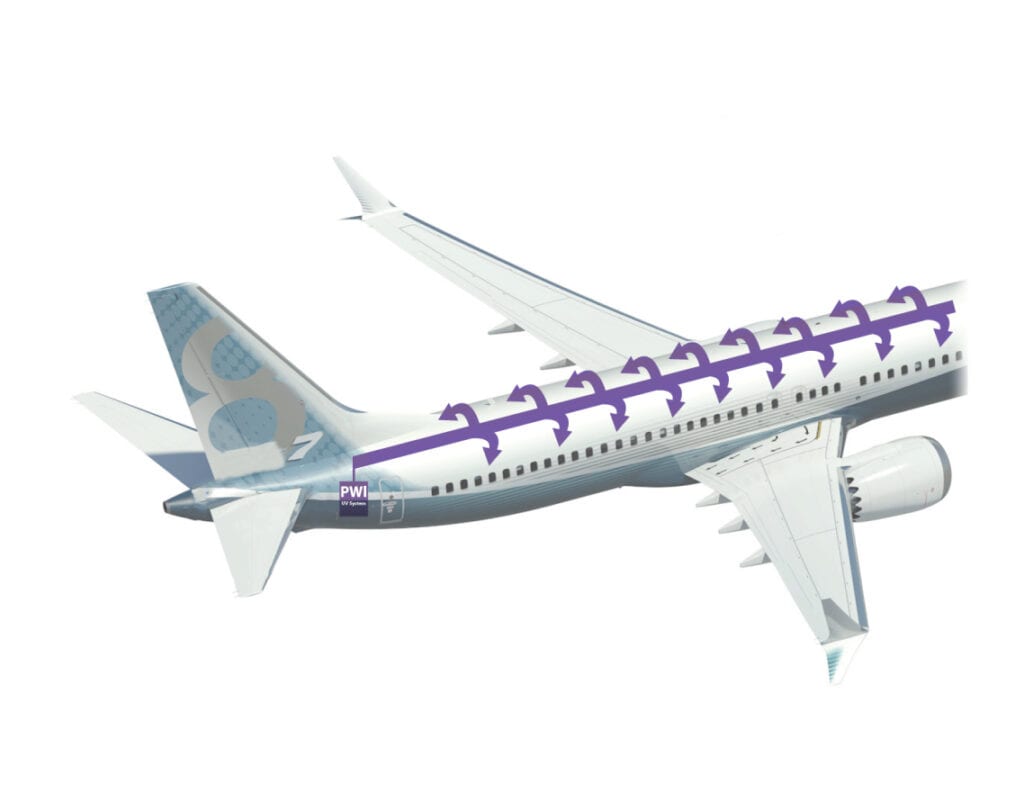 Check out the Aug. 23 edition of What’s Trending in Aerospace, where editors and contributors for Avionics International bring you some of the latest headlines happening across the global aerospace industry. 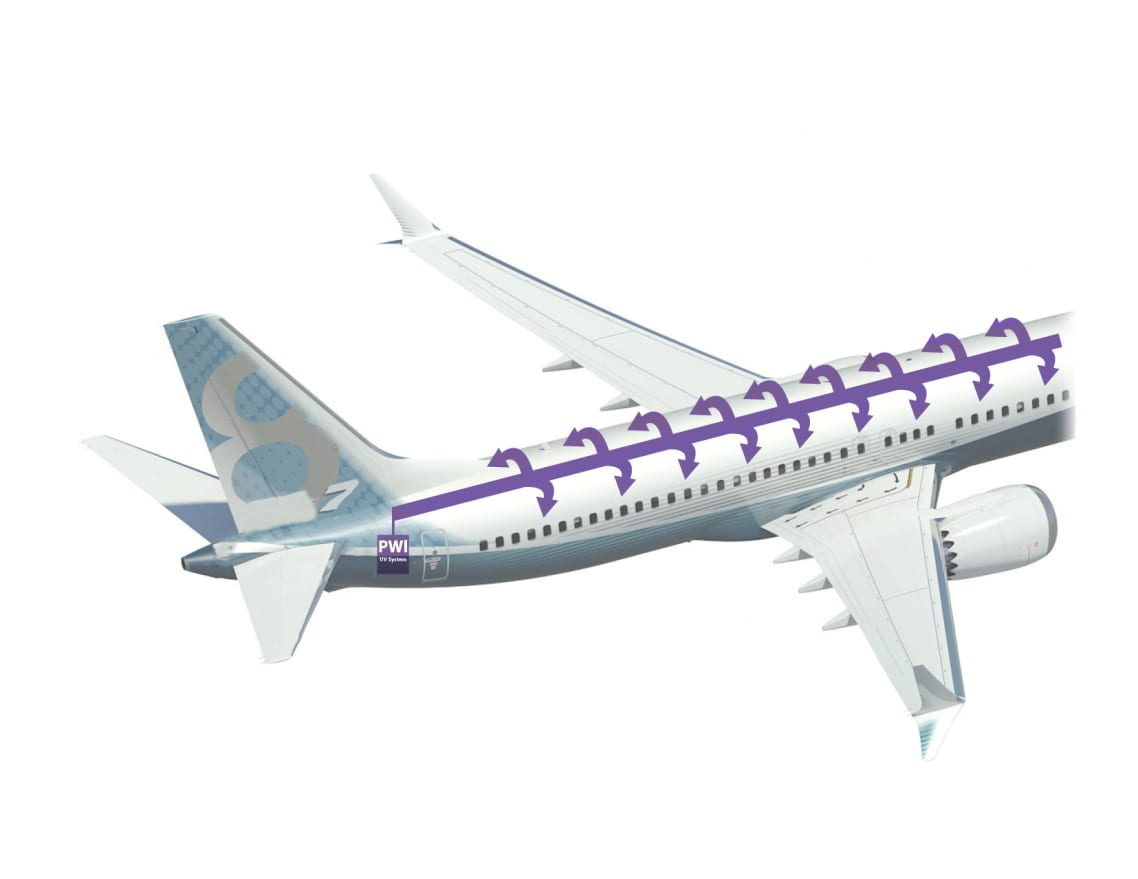 PWI is testing the use of a new “Biotek Shield” device that the FAA repair station believes could neutralize viruses in-flight from within an aircraft’s air conditioning system. (PWI)

PWI, a Wichita, Kansas-based FAA aircraft repair station, is testing the use of a new device called the “Biotek Shield,” designed to neutralize pathogens and viruses from within an aircraft’s air conditioning system.

Through a partnership with its sister company, Aero Biotek Inc., PWI is working with a lab to test Biotek Shield’s ability to use UVC lighting to neutralize the COVID-19 coronavirus. When installed within the air conditioning duct it is designed do operate “silently and invisibly throughout the flight,” PWI said in a Aug. 18 press release.

“There are only a handful of BSL 3 or “Biological Safety – Level 3” labs which are authorized to test on live viruses like Covid 19,” said Robi Lorik, President and CEO of PWI. “These viruses can be very dangerous, so locating a lab certified to test with Covid 19 was a challenge in itself.”

“Since viruses are not alive, nothing will “kill” a virus. But a virus can be rendered incapable of reproducing or infecting a host,” he added.

The company is targeting certification on the Boeing 737 as its first entry into commercial service. 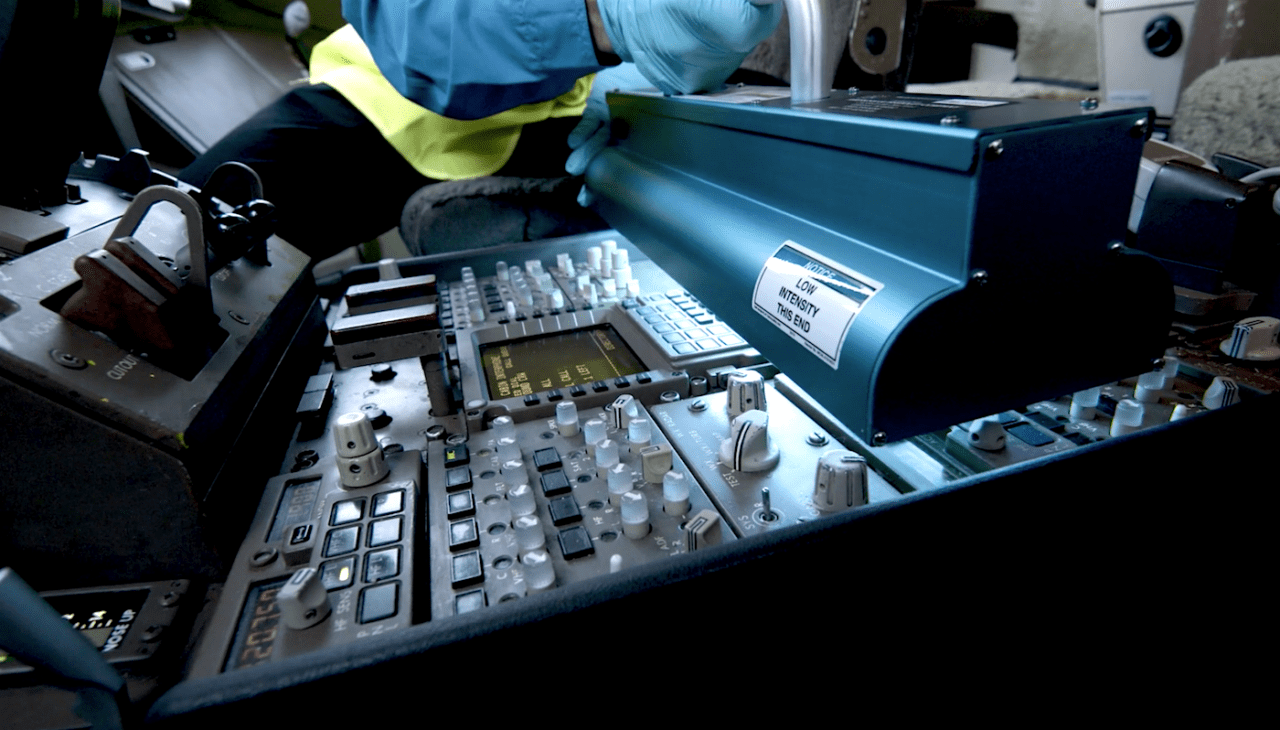 United Airlines is now using UVC lighting to disinfect the interiors of its flight decks.

United Airlines is using Ultraviolet C (UVC) lighting technology to disinfect the flight deck interiors on most aircraft at its hub airports. According to an Aug. 6 press release, the airline is using “AUVCo blades” supplied by the American Ultraviolet company to kill viruses that may reside on” sensitive switches and touch screen displays within the flight deck.”

The technology was selected under advice obtained through their “United CleanPlus” partnership with Cleveland Clinic, which recommended the use of UVC in United’s flight decks.

“United implementing UVC lighting in its flight decks is an important tactic because we know that the virus can be killed by ultraviolet light,” said Dr. James Merlino, Chief Clinical Transformation Officer at Cleveland Clinic.

The airline is also using electrostatic spraying to disinfect its aircraft cabins through the same partnership with Cleveland Clinic.

“Flight decks have many working parts, screens and components that are challenging to clean with traditional hand wipes and liquids, especially for someone who isn’t a pilot. The UVC lighting gives us a faster, more effective disinfection of one of the most important areas of the aircraft,” said Bryan Quigley, United’s senior vice president of flight operations.

Mark your calendar for September 22-24, where the Global Connected Aircraft team will be launch its second session of Cabin Chats.

Due to the impact on travel restrictions and social distancing requirements brought on by the COVID-19 coronavirus pandemic, the annual Global Connected Aircraft Summit – co-hosted by Avionics and Via Satellite – has been postponed until June 2021.

In place of the live event, we have launched the Global Connected Aircraft Cabin Chats virtual series. The first installment of the series occurred in June, and we’re planning a second installment next month Sept. 22-24, 2020.

Check out a snapshot of the agenda below, with speakers soon to be confirmed. 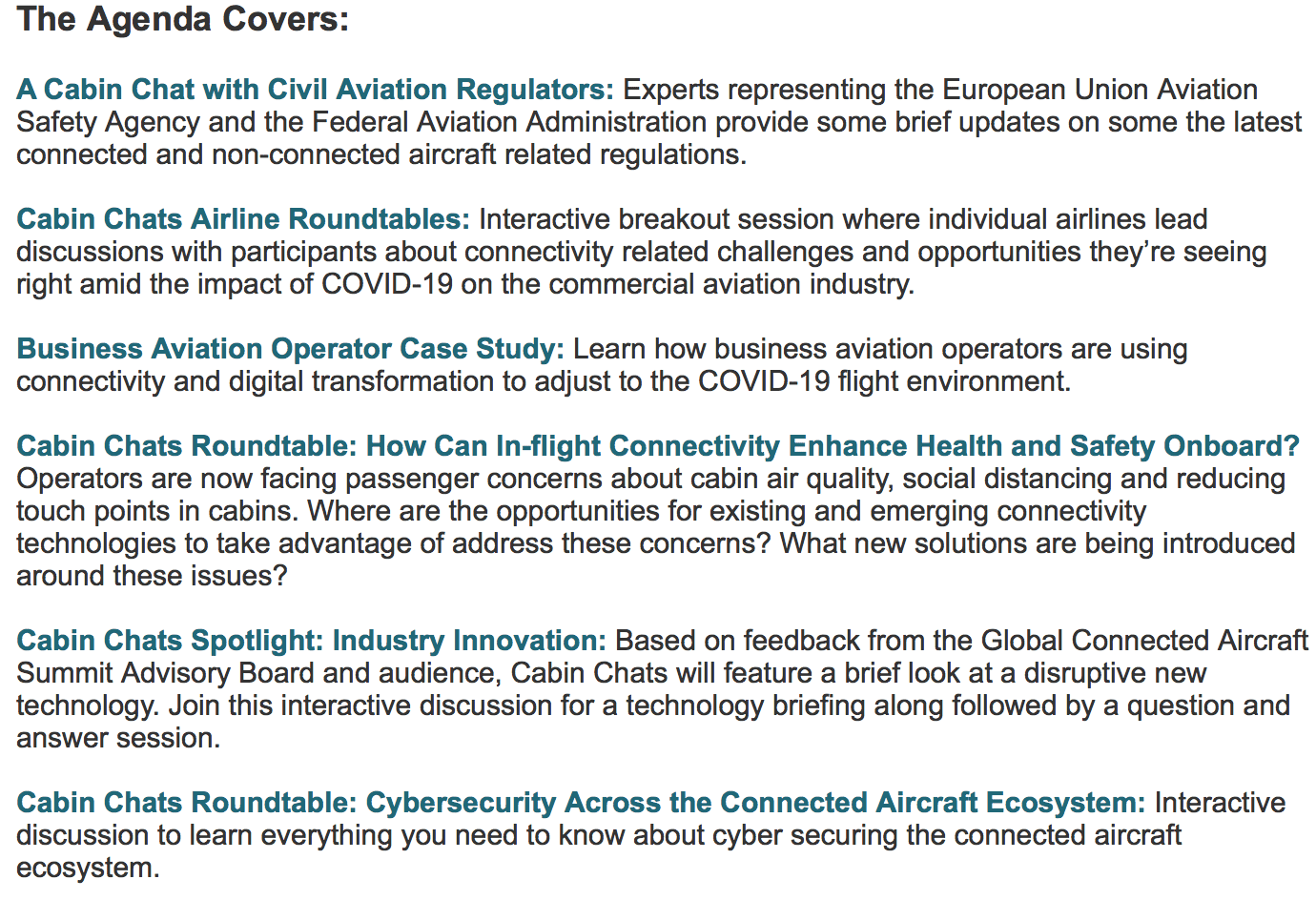 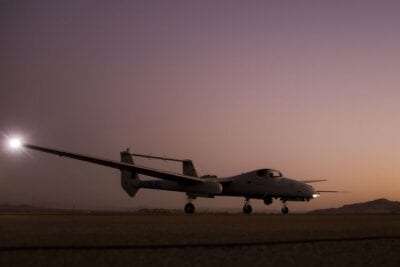 Northrop Grumman recently demonstrated its optionally-piloted Firebird multi-mission aircraft in series of unmanned evaluations that included one flight lasting longer than a day and operations with a ground-based sense and avoid radar that eliminated the need for a manned chase aircraft to observe flights.

During seven flights in unmanned aerial vehicle (UAV) mode at Grand Sky, N.D., the Firebird accumulated 70 hours of flight time, including day and night operations, Jon Haun, director of the Firebird product line and strategy for Northrop Grumman, said on Wednesday during an update for media held virtually via Zoom. The evaluations included 36 hours of flight-time during a 38- hour stretch in which the first flight lasted 25.6 hours, he said.

Check out the full story first published in Defense Daily. 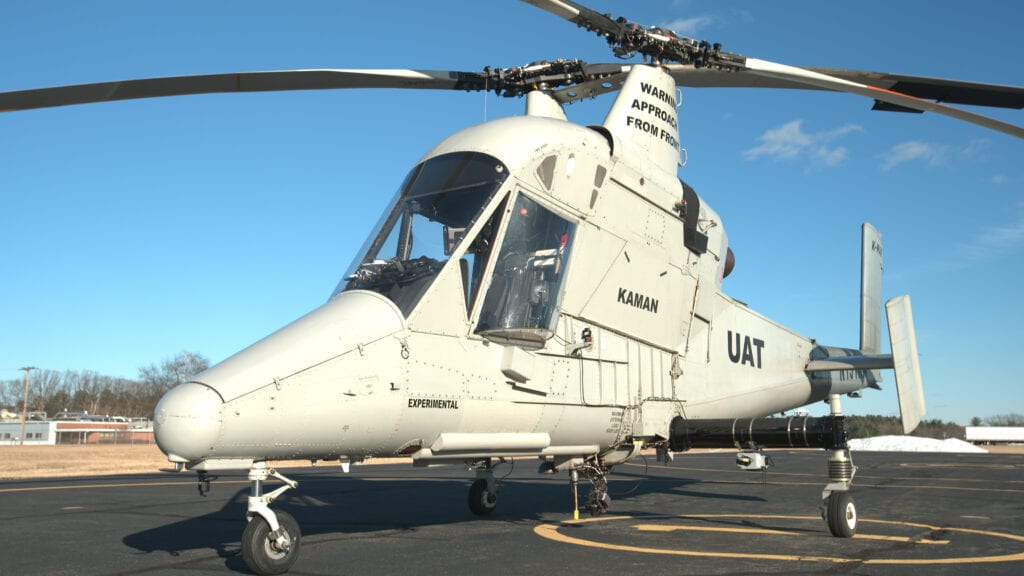 Near Earth previously worked with the Office of Naval Research in 2014 on a smaller sensor and software autonomy package for the Autonomous Aerial Cargo/Utility System (AACUS) project, which has since been implemented on small and medium-sized VTOL aircraft. The company also continued to develop obstacle avoidance technology, working primarily with smaller drones.

The K-MAX helicopters, capable of carrying 6,000 lbs, flew numerous unmanned missions during 33 months of deployment in Afghanistan, moving cargo between forward operating bases and remote outposts, but relied on remote pilots to do so.

Through this partnership with Near Earth, the Navy hopes to validate a more intelligent aircraft and reduce the amount of “manned” in the “unmanned.”

Near Earth says its technology allows the aircraft to autonomously take off, fly, and land safely, with or without GPS. The company’s goal, however, extends beyond the K-MAX.

Australian air navigation services provider, Airservices, released a request for information regarding the development of a Flight Information Management System (FIMS) prototype to be build with industry partners. A FIMS is a gateway connecting various unmanned traffic management providers with each other and the ANSP’s air traffic management system.

“This RFI is seeking to identify the FIMS requirements and functionality necessary to ensure emerging airspace users, such as drones and proposed air taxis, are safely integrated into Australia’s overall air traffic management system with other piloted aircraft,” said Michelle Bennetts, Airservices’ executive general manager for customer service enhancement. Through this RFI, we will better understand industry capability to deliver a future operational FIMS solution and more broadly UTM for Australia.”

Airservices is requesting information from industry on the functional requirements of a FIMS to inform an approach to market to build a number of FIMS prototypes with the intention of selecting a preferred partner to deliver the operational FIMS solution for Australia.

India’s Directorate General of Civil Aviation (DGCA) has approved a series of BVLOS flight trials, to be conducted by operator AutoMicroUAS with support from UTM provider Unifly.

Over the next few months, the group will conduct 100 hours worth of BVLOS flights in multiple remote locations, beyond normal ground control coverage, to gather data that will inform future rulemaking on BVLOS drone flights in India. The main areas of application of interest to Indian regulators are agricultural business, healthcare and law enforcement.