Welcome to the first edition of What’s Trending in Aerospace, where editors and contributors for Avionics International bring you some of the top headlines and stories across various segments of the global aerospace industry that you should be aware of for the week ahead. 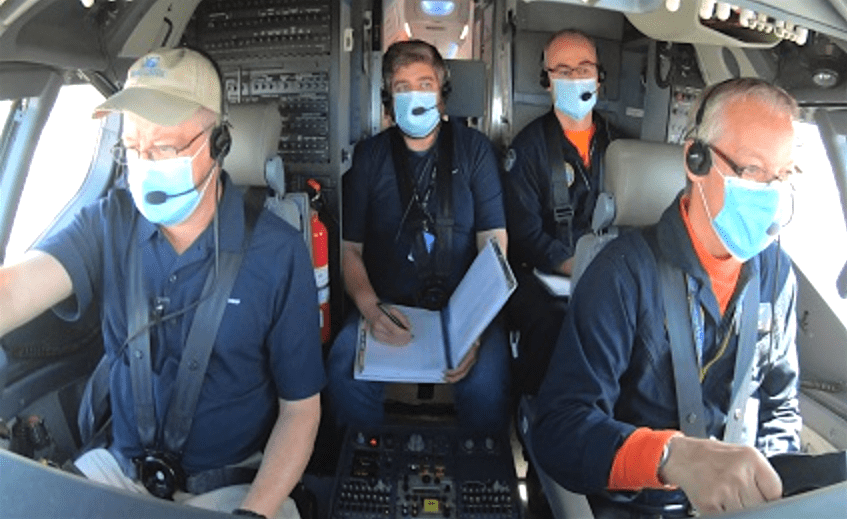 The FAA published an update to its website July 1 confirming the successful completion of certification flight testing on the 737 MAX. Video of tests shows pilots and engineers evaluating changes Boeing has developed for the 737 MAX automated flight control system.

Next steps include a review of the data gathered from flight testing and publishing of a new Airworthiness Directive for 737 MAX operators that will allow them to return the aircraft to service. Video of the flight was published by the FAA as well.

“The FAA will retain its authority to issue airworthiness certificates and export certificates for all new 737 MAX airplanes manufactured since the grounding. The FAA will perform in-person, individual reviews of these aircraft,” the agency said in its 737 MAX update. 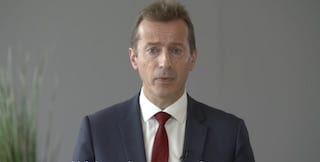 Airbus CEO Guillaume Faury released a video statement confirming the French airplane maker’s plans to eliminate up to 15,000 jobs by next year.

Airbus announced the company’s need to reduce “around 15,000 positions no later than summer 2021.” Airbus, which in its first quarter 2020 earnings results reported more than 133,000 employees, said the workforce reductions include 5,000 positions in France and 5,100 in Germany.

Other reductions are spread across Spain, the UK and “other worldwide sites,” according to Airbus.

Airbus CEO Guillaume Faury described the impact of the COVID-19 pandemic as “gravest crisis this industry has ever experienced” in a June 30 press release.

“The measures we have taken so far have enabled us to absorb the initial shock of this global pandemic. Now, we must ensure that we can sustain our enterprise and emerge from the crisis as a healthy, global aerospace leader, adjusting to the overwhelming challenges of our customers. To confront that reality, we must now adopt more far-reaching measures,” Faury said.

Among the updates, include two new safety directives published June 25 that mandate cleaning and disinfecting of aircraft at least once every 24 hours, “or more frequently if deemed necessary on the basis of the operator’s risk assessment,” the agency said in the update.

Under the new directives, EASA is has directed European National Competent Authorities (NCAs) to require airlines to “clean and fully disinfect the aircraft using substances suitable for aviation use,” the directive says. The directive also requires any aircraft identified as having carried a passenger that tested positive for COVID-19 to stop operating that aircraft, “unless, after that identification, the aircraft is cleaned and disinfected using substances suitable for aviation use.”

EASA’s new COVID-19 safety directives come as European borders have begun to reopen to inter-European travel, while remaining closed to flights from the United States.

Aeromexico has filed for voluntary Chapter 11 bankruptcy protection, becoming the latest major Latin American airline to take such actions due to to the impact of the COVID-19 coronavirus pandemic on air travel.

According to CNBC, Aeromexico’s Chapter 11 filing is the latest regional filing in less than two months, following Chile’s LATAM Airlines Group and Colombia’s Avianca Holdings similar actions in May. Delta Air Lines owns a 49 percent stake in Aeromexico, and 20 percent of LATAM.

“The terms of the agreement are beneficial to both parties. But the customer is at the center of the expanded relationship. Customers will benefit from a more relevant and agile program that represents the best option to reward loyalty both on the ground and in the air in Mexico and around the world across all destinations Aeromexico serves,” Aeromexico’s CEO, Andres Conesa said of the agreement.

Aeromexico plans to continue flying through the Chapter 11 filing, including opening more international and domestic routes as COVID-19 travel restrictions begin to ease. 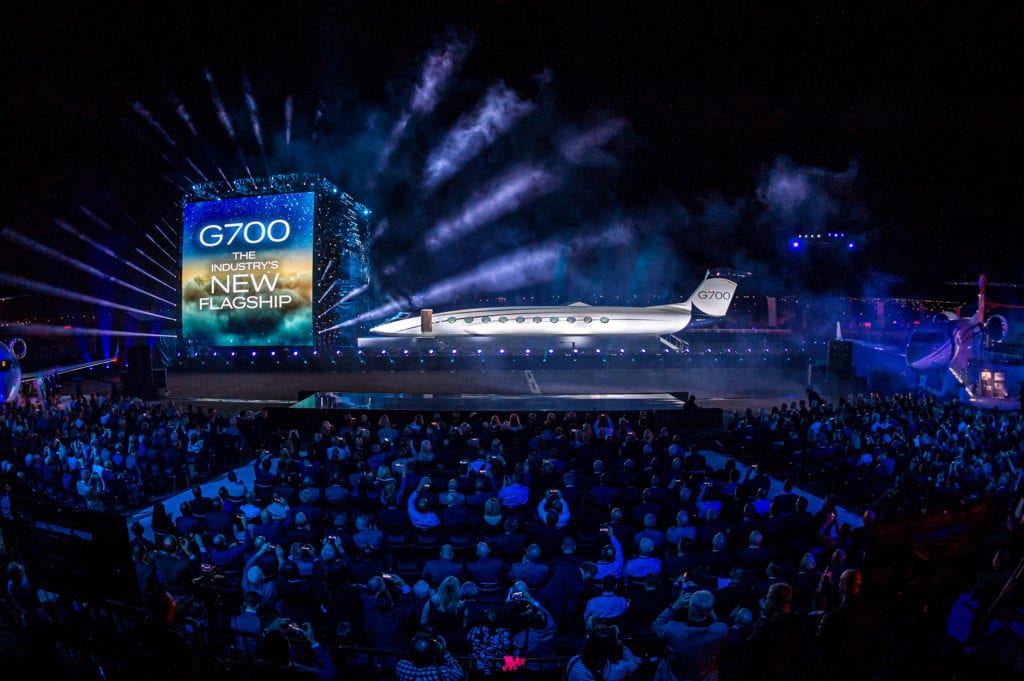 Citing guidance from public health officials, the National Business Aviation Association (NBAA) has cancelled its 2020 Business Aviation Convention and Exhibition, which was scheduled to occur Oct. 6-8, 2020, in Orlando, Florida.

“As COVID-19 has emerged as a pandemic, NBAA has consistently looked to local, state, federal and global health officials to inform our decisions and guide our actions with regard to live events,” NBAA President and CEO Ed Bolen said in a statement.

Gogo Business Aviation is seeing an increase in the daily number of flights using its in-flight connectivity systems, a number that reached 3,000 daily flights.. Those are positive signs for the business jet side of Gogo’s business, which reported a COVID-19 single-day low-point of 378 daily flights in mid-April.

“Business aviation hit a low point in mid-April when many aircraft owners chose to park their aircraft and 30 percent of Gogo Business Aviation’s accounts chose to reduce their spending through either account suspensions or service-plan downgrades,” Gogo said in June 29 press release.

“Since that time, however, nearly 60 percent of Gogo’s suspended customers have reactivated their service, with approximately 80 percent reverting to their original service plan,” the company said.

The number of business jet flights with Gogo connectivity onboard averaged 3,500 per day pre-COVID-19, and the number of daily flights since the mid April low reached a high point June 25 at 3,039 flights featuring Gogo that day. 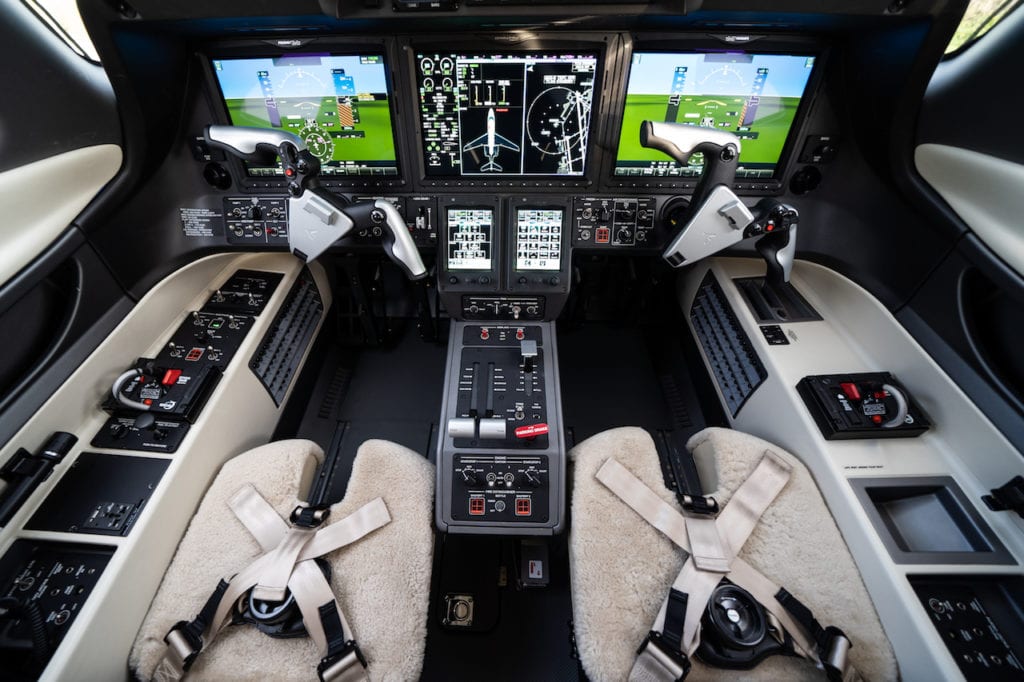 The light jet has demonstrated Mach 0.80 enabled by a a software modification to the aircraft’s Pratt & Whitney PW535E full authority digital engine control (FADEC) resulting in an increased thrust of 118 lbf per engine, which has been renamed the PW535E1. The FADEC software upgrade was coupled with a number of updates to the Phenom 300’s communication, navigation and surveillance capabilities led by new line replaceable units, a new weather radar antenna and Garmin’s G3000 integrated flight deck.

The firm, which also owns a Phenom 100EV, took delivery of the enhanced Phenom 300E last week during a ceremony at Embraer’s Global Customer Center in Melbourne, Florida. According to Embraer, the 300E also features a runway overrun awareness and alerting system (ROAAS) ― the first technology of its kind to be developed and certified in business aviation ― predictive windshear, Emergency Descent Mode, PERF, TOLD, and Gogo AVANCE L5 4G connectivity. 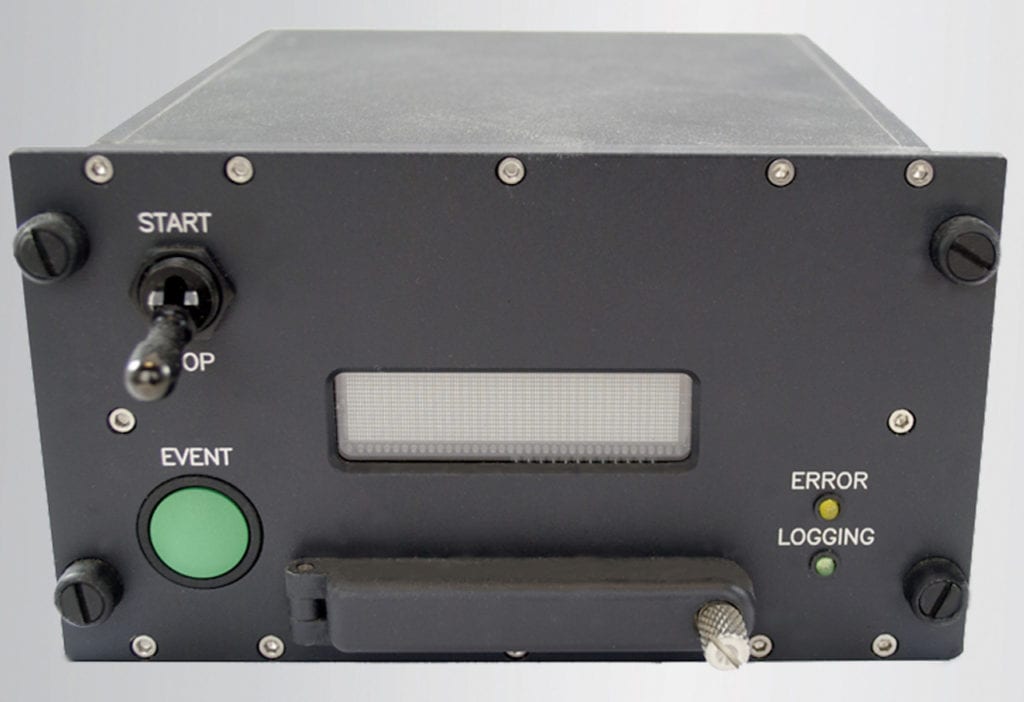 “Weighing only 4.27 lb (1.9 kg) fully configured, the SSR/CHS/001 is ideal for use in SWaP constrained environments such as rotorcraft, UAV and eVTOL platforms,” Curtiss Wright said in a June 23 press release describing the expansion of the technology.

According to the California-based provider of real time operating systems, the addition of this new “Bandwidth Allocation and Monitoring (BAM) functionality enables software architects to allocate and enforce bandwidth limits to shared resources for each processor core,” for its INTEGRITY-178 Time-Variant Unified Multi Processing (tuMP) RTOS.

““Our competitors, such as Lynx Software, noted recently that ‘the FAA has promised to allow the use of multiple cores in a multicore processor chip but only if adequate mitigations can be demonstrated to certifiers, based [on] the CAST-32A specifications.’ Yet no RTOS supplier other than Green Hills Software provides a DO-178C Level A-compliant solution for multicore interference mitigation that meets the CAST-32A requirements,” Green Hills Software CEO Dan O’Dowd said in a statement.

Embention, a supplier of unmanned aircraft autopilot systems, is partnering with Sagetech to ” offer a full certified situational awareness during the piloting of UAVs,” the company said. Photo: Embention

“We’re thrilled to announce a partnership with Embention to provide the smallest, most durable avionics suite for drone manufacturers,” said Sagetech Avionics CEO Tom Furey. “The integration of reliable systems like Embention’s Veronte Autopilot and Sagetech Avionics’ XP or MX transponders with ADS-B, ensure the safe integration of unmanned aircraft in congested airspace, over long-range, beyond line of sight, and at night.”

Embention’s partnership with Sagetech was aimed at pairing their transponders with their Veronte Autopilot system. Veronte is described by Embention as a “miniaturized, high reliable, DO178C & DO254 compliant avionics system designed for advanced control of unmanned systems.”

Their goal is to integrate Sagetech’s ADS-B In/Out transponders with their autopilot system to create new detect and avoid capabilities.

“The use of transponders and autopilots in compliance with aviation standards is a decisive step for drone integration within the controlled airspace,” Javier Espuch, Business Development Manager at Embention said of the new partnership. 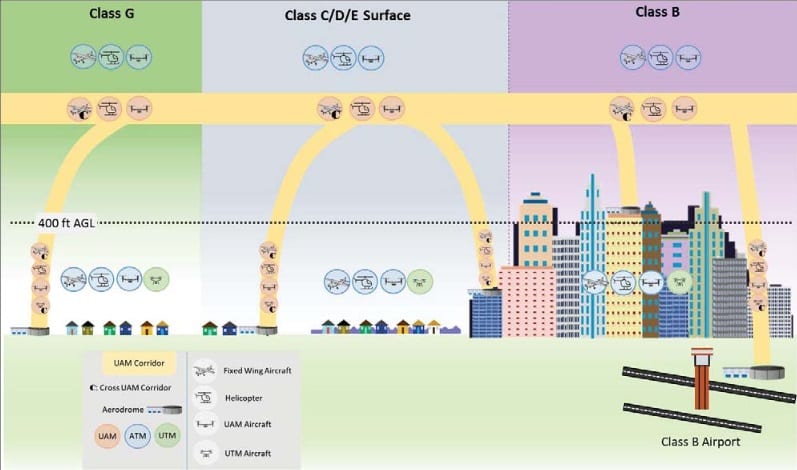 A work-in-progress, the document is intended more to offer a “common frame of reference” to industry, regulators and other actors rather than arrive at specifics of implementation.

“The envisioned future state for UAM operations includes increasing levels of autonomy and operational tempo across a range of environments including major metropolitan areas and the surrounding suburbs,” the authors write.

Initial UAM operations will be conducted within the current regulatory and operational environment, moving toward higher tempo operations via UAM corridors that “leverage collaborative separation methodologies.” The ConOps is designed with a pilot-in-command, rather than autonomous operations.