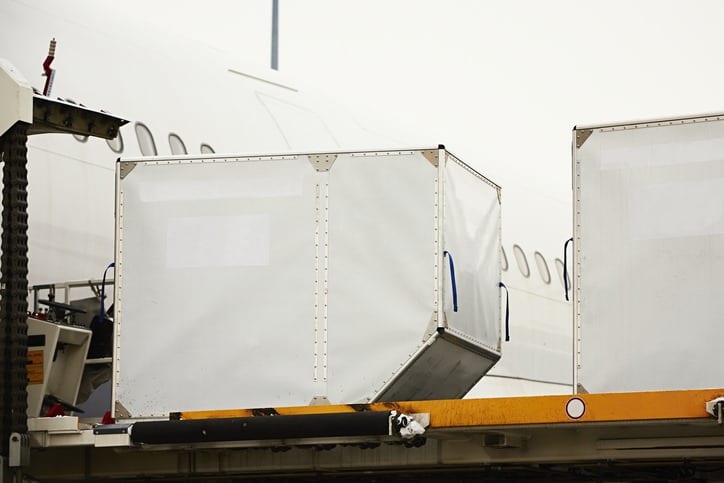 Check out the Nov. 8 edition of What’s Trending in Aerospace, where editors and contributors for Avionics International bring you some of the latest headlines happening across the global aerospace industry. 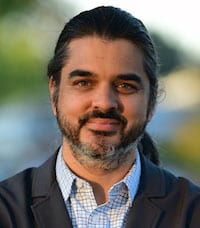 “The continued advances in software makes excellence in software engineering an imperative for our business,” said Hyslop. “Jinnah will be charged with defining and leading Boeing’s strategy for software engineering, which includes providing capabilities, technologies, processes and secure and accurate systems to meet the needs of all our customers across the entire product life cycle.”

Hosein will lead a new, centralized organization of engineers who currently support the development and delivery of software embedded in Boeing’s products and services. The team will also integrate other functional teams to ensure engineering excellence throughout the product life cycle.

Hosein brings extensive experience as a software engineering leader across several innovative, high-tech companies. He joins Boeing after serving as vice president of software engineering for Aurora, a self-driving vehicle company, in Palo Alto, California. He led the company’s software organization for the development of those vehicles and developed Aurora’s high-integrity software life cycle to deploy autonomous architecture to on-road vehicles.

The September data for global air freight markets released by the International Air Transport Association (IATA) shows only a 3.7 percent monthly growth in global demand in September, leaving it eight percent below 2019 levels, according to a Nov. 4 press release. The report also showed a 25.2 percent decrease in global capacity.

While the global air freight markets are still struggling to recover from losses incurred from the COVID-19 pandemic, they are still making improvements. The September global demand numbers were 4 percent lower than in August, which showed a 12.1 percent drop. However, the global capacity percentage showed a contraction three times larger than the demand which would indicate a severe lack of capacity in the market, according to the release.

“Air cargo volumes are down on 2019, but they are a world apart from the extreme difficulties in the passenger business,” Alexandre de Juniac, IATA’s Director General and CEO, said in a press statement. “For air cargo, 92 percent of the business is still there, whereas about 90 percent of international passenger traffic has disappeared. Favorable indicators for the peak year-end season will support the continued recovery in demand. Already North American and African carriers are reporting demand gains on 2019. The challenge continues to be on capacity. As carriers adjust schedules to reflect falling passenger demand amid the resurgence of COVID-19, valuable belly capacity will be lost when it is needed the most.”

Aircraft equipped with BendixKing’s KFC 200 autopilots will now have access to the AeroCruze 230 (KRC 230) after BendixKing, a division of Honeywell obtained regulatory approval to expand the number of aircraft that can be upgraded, according to a Nov. 5 press release.

The KFC 230 is the only touchscreen autopilot in general aviation and offers an affordable and quick upgrade path for legacy aircraft, according to the release. The system will add safety features to aircraft like the Automatic Wings Level, which easily gives pilots control over the aircraft when flying.

“We understand the need for affordable, high-precision autopilots in the general aviation segment that help reduce workload and allow pilots to concentrate on important tasks while flying,” Roger Dykmann, director of offering management at BendixKing, said in a press statement. “AeroCruze 230 is designed to not only meet but exceed those needs and now this upgrade option is available for even more aircraft.”

The enhancements will support annunciation and full bug synchronization on primary flight displays in the Avidyne DFC90 autopilot, according to the release. They will also give the pilot an MFD/EIS layout design on the 10.6-inch TXi flight display. 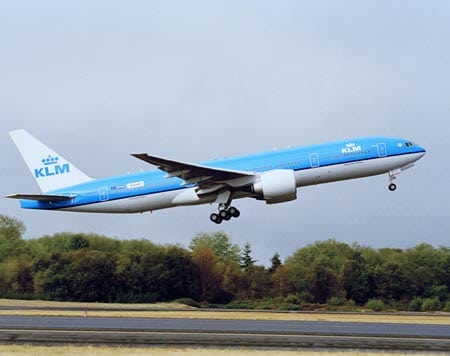 KLM Royal Dutch Airlines has selected Viasat to supply in-flight connectivity across the majority of its in-service European fleet, according to the second quarter 2021 financial results published by the global communications company on Nov. 5.

The airline operates a fleet of Boeing 737s and Embraer E190s in Europe.

“We are starting to see signs of improvement in global air passenger counts, and behind the scenes the market landscape for IFC is increasingly moving in our favor, as highlighted by a new win with KLM in Europe,” Viasat said in a letter to shareholders.

“IFC results will likely remain challenging near term, but we remain optimistic about gaining meaningful market share coming out of the crisis, as supported by the recent KLM win,” the company said.

L3Harris has been tapped to missionize three King Air 350ER aircraft, which are set to be delivered to Canada, with equipment to enable intelligence, surveillance and reconnaissance operations, the company said in a Nov. 2 press release.

Under the deal, L3Harris will outfit the aircraft with “full-motion video sensors, a mission management system and communication datalinks,” according to the company.

“Our L3Harris team is ready to combine our ISR, missionization and modification solutions to deliver a system that will enhance the capabilities and security of Canada and its allies. L3Harris has the distinction of successfully delivering more certified, special mission King Airs on-time and on-budget than any other contractor in the world, and we look forward to maintaining that tradition,” Sean Stackley, the company’s president for integrated mission systems, said in a statement.

The contract is part of a larger $300 foreign military sale with Canada for the modified King Air 350ER aircraft, built by Textron Aviation’s Beechcraft, that the State Department approved in October 2018.

The U.S. Air Force continues to study what attributes its future KC-Z tanker should have, as the service tries to resolve six Category 1 deficiencies on its Boeing KC-46A Pegasus tankers–design and product quality faults that raise the possibility that the service may not field all planned KC-46As by the scheduled date of 2029 and may have to move toward a “bridge tanker” sooner.

If the Air Force meets its 2029 fielding plan, “there will be 179 KC-46s, and we’ll have 300 KC-135s left,” Air Force Gen. Jacqueline Van Ovost, the chief of Air Mobility Command, said last week during a virtual Airlift/Tanker Association conference.

Air Force Secretary Barbara Barrett “has committed to a continuous recapitalization of tanker aircraft, meaning we’re going to have a bridge tanker where we’ll have a full and open competition on an aircraft to continue to recapitalize on the KC-135,” Van Ovost said. “They’ll be almost 70 years of age at that time [2029].”

Check out the full story as first published in Defense Daily, a sister publication to Avionics. 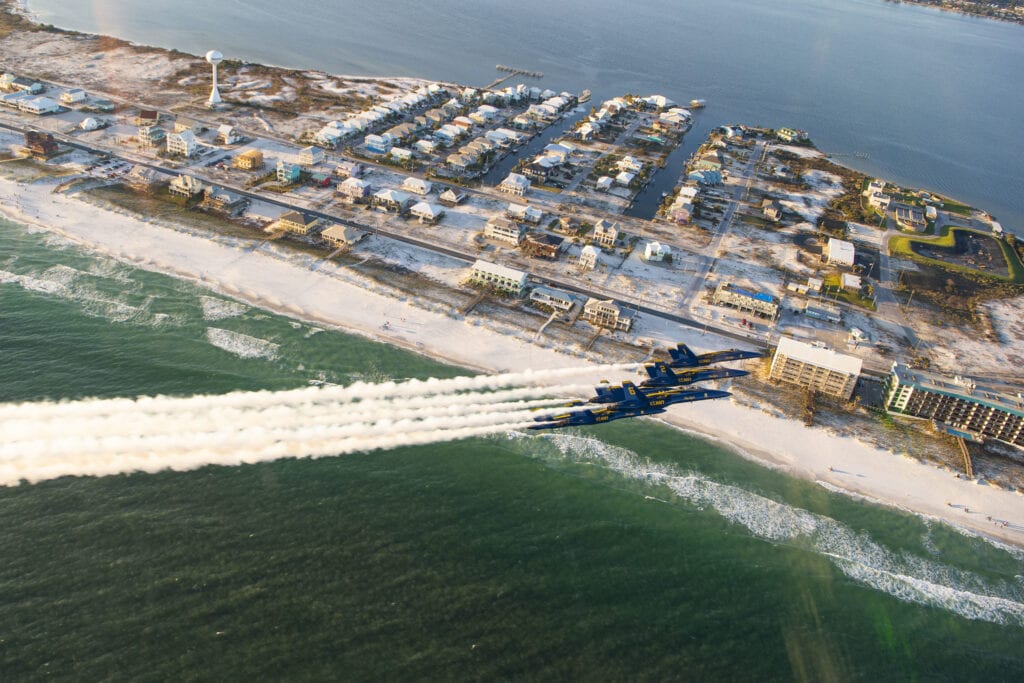 The U.S. Navy Flight Demonstration Squadron is officially transitioning the Blue Angels to the F/A-18 E/F Super Hornet platform after taking a final flight on the legacy platform on Nov. 4, according to a press release.

The F/A-18 A/B/C/D “Legacy” Hornets have been flown for 34 years. The flight will also mark the 75th anniversary of the team, according to the release. The flight lasted 30 minutes and took off and landed at Naval Air Station (NAS) Pensacola.

“We are incredibly honored to have the opportunity to salute those teams who have flown, maintained and supported this platform for over three decades of service,” Cmdr. Brian Kesselring, U.S. Navy Blue Angels commanding officer and flight leader, said in a press statement. “We deeply appreciate the expertise and operational knowledge Blue Angels past and present have brought to the team and we look forward to enhancing our operations as we fully transition to flying the Super Hornet.” 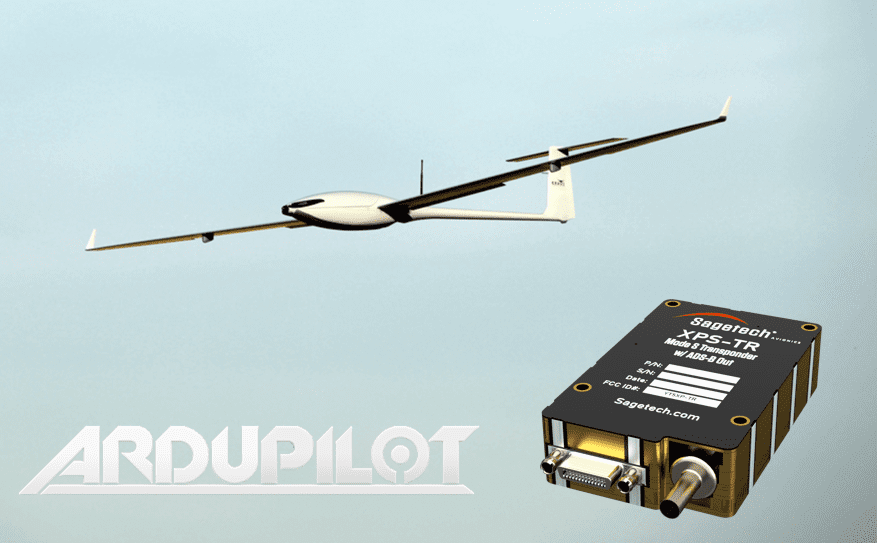 The open-source autopilot, ArduPilot, will now be equipped with Sagetech Avionics, a technology company providing safety-solutions for unmanned aerial systems (UAS), according to a Nov. 3 press release. The integration was made in partnership with Kraus Hamdani Aerospace, a UAS technology company.

The integration was tested by both companies on the K1000 Ultra Long Endurance (K1000E) UAV, according to the release. The ArduPilot will be added to the list of autopilots that natively integrate with Sagetech’s XP Series of UAS transponders.

“The use of transponders in compliance with aviation standards is a key step to advancing the UAV industry for safe integration into controlled airspace,” Kraus Hamdani Aerospace CTO and co-founder, Stefan Kraus, said in a press statement. “Coupled with our contributions to the ArduPilot community for Sagetech’s low SWaP [size, weight, and power] XP transponder, our fully autonomous K1000ULE platform can safely operate for extended periods in controlled airspace and at medium-to-high altitudes while carrying out complex missions.”