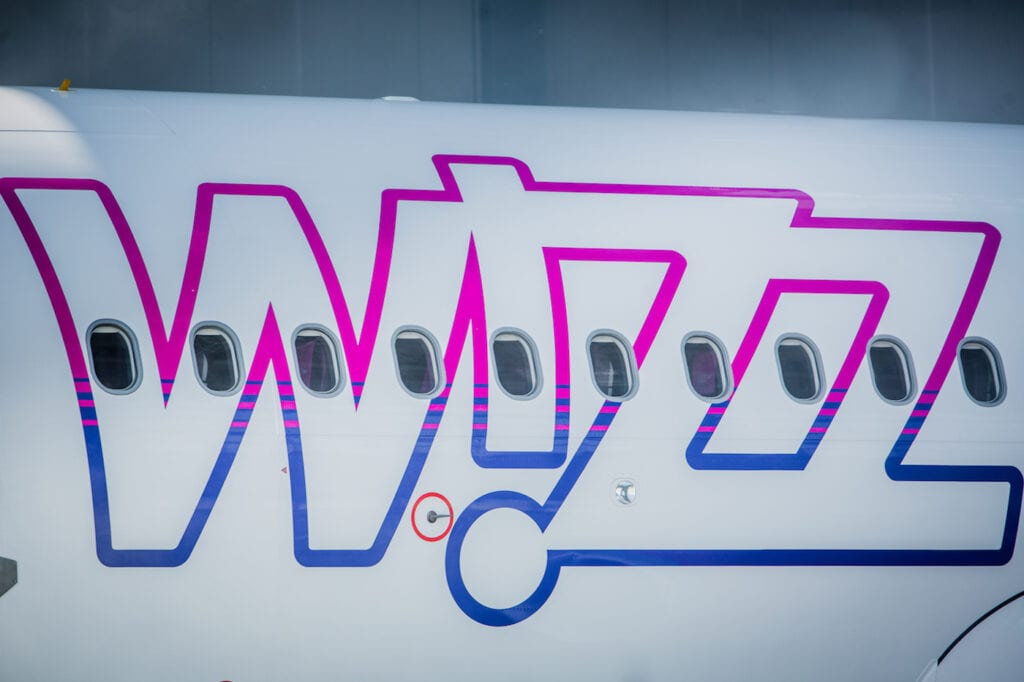 Wizz Air’s CEO, József Váradi, explained how their focus on cash has allowed them to survive the COVID-19 pandemic during an FIA Connect 2020 spotlight session. (Wizz Air)

Hungarian low cost airline Wizz Air is seeing new opportunities to adjust its route network and seek a faster return to a sense of normalcy than its competitors in Europe, CEO József Váradi said during a Wednesday July 22 FIA Connect Spotlight Session hosted by the Farnborough International Airshow.

Wizz Air entered March with €1.5 billion in free cash, and while nearly all of its passenger carrying operations came to a halt for two months, Váradi, said that their focus on a “cash contribution business model” has allowed them to avoid massive furloughs and fleet groundings. As the outbreak of COVID-19 travel restrictions were expanding in March, Wizz Air determined it had enough liquid cash to continue to operate for another two to three years without seeking state aid.

“The very worst situation to us is when we don’t operate. The moment we operate, we only operate on a cash contribution basis,” Váradi said. “You have to run your businesses for the long run and liquidity and cash are critical components of your business model.”

Eurocontrol estimates that for the week ending July 13, European airlines had on average recovered about 37 percent of the capacity or volume of flying – about 13,000 flights per day – that they were operating in the same period a year ago. At the same time, Wizz Air had already recovered 77 percent of its capacity compared to the same period in 2019, according to the CEO.

However, the recovery is not as straight a path as the low cost operator would like, because some countries are starting to re-implement travel restrictions from certain areas already. Váradi estimates an upcoming period within the range of five months to feature a lot of uncertainty and the industry will have to learn how to be flexible in adapting to new route networks and adjusting capacity.

That is a strategy that Wizz Air has already fully embarked upon. Expansion of new routes and bases began to increase for the carrier the first week of June, and has continued since then to include an expansion of its Airbus A321 fleet based in Belgrade, the establishment of its first Russian base in Saint Petersburg along with the restart of its Kyiv base. A total of 14 new routes between Ukraine and Italy have also been introduced, and routes between Hungary and North Macedonia were also restarted.

Flights operated by Wizz Air also now feature the use of SITAONAIR’s aircraft communication, addressing and reporting system (ACARS) over Internet Protocol (IP), after they became the first European carrier to use the ACARS over IP capability in January.

Another new market opportunity has also emerged in the Middle East, where Wizz Air Abu Dhabi will start flying to six new destinations in Europe in October. Váradi said they will look to create an entirely new low cost market in the region as opposed to taking passengers away from the region’s established players.

“We think Abu Dhabi is a very significant opportunity for the business and what we can achieve in Abu Dhabi is truly comparable to what we have achieved in Europe. If you look at Wizz Air Hungary, which is the European airline of the group, we’ve gotten to 100 aircraft in 15 years, I think this is something we will be looking for in Abu Dhabi as well, to get to 100 aircraft in 15 years there too,” he said.

Other challenges that the Hungarian airline is still adjusting to include some of the key parameters that enable a successful low cost airline operation, like full fleet utilization and fast aircraft turnaround times. As regulations in different countries continue to fluctuate and Wizz Air joins other carriers in enhancing cabin cleaning and disinfecting procedures between flights, sustaining such a model could prove to be difficult.

But Váradi said he believes the airline’s continued focus on its cash contribution model and the way COVID-19 has shifted more passenger demand toward the type of regional flying that they perform will allow Wizz Air to emerge from the pandemic unscathed. On June 4, the airline received the first of 65 Airbus A320neos currently on order, with no plans to cancel any future deliveries or orders.

“We all know that short haul flying is a commodity business and in a commodity business the lowest cost prevails, and now we’re the lowest cost producer so I think our competing position has just gotten better,” Váradi said. “Ten years ago when the last economic crisis hit the world, we were simply not strong enough and not big enough to take advantage of the situation. This time around I think we have the scale, we have the financial capacity to actually benefit from this and be one of the winners of the situation.”