April 16th, 2021   •   Comments Off on All Nippon Airways Partners with Wingcopter to Bring Drone Delivery to Japan 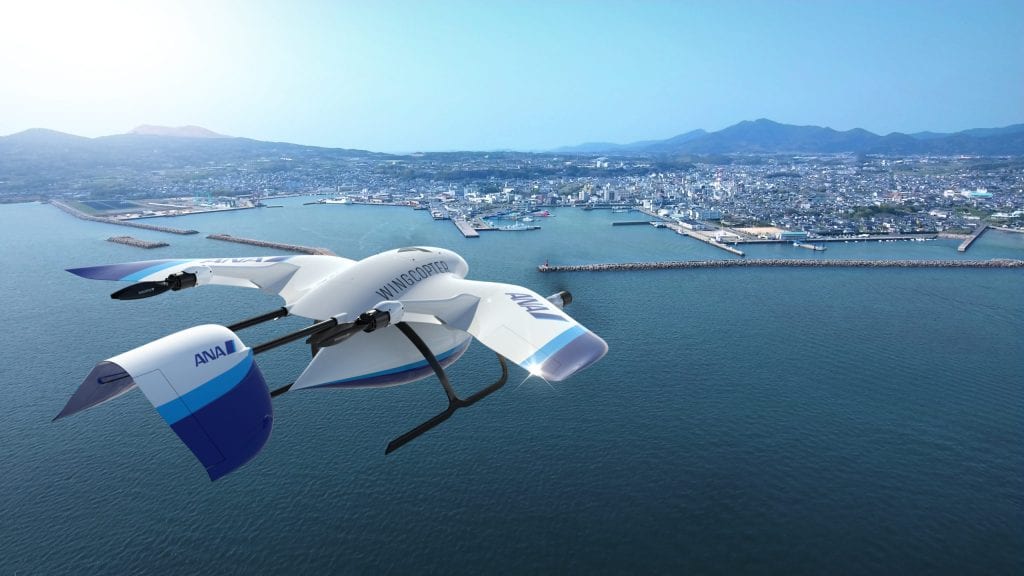 Wingcopter’s drone has a range of 120 km and has been tested in harsh weather conditions. (Wingcopter)

ANA HOLDINGS INC. (ANA HD), the parent company of All Nippon Airways, and Wingcopter have formed a new partnership to build a drone delivery network for pharmaceuticals and other consumer goods in Japan, according to an April 15 release.

The project will use Wingcopter’s drone which has vertical take-off and landing capabilities while also taking advantage of fixed-wing architecture for flight mode by using a tilt-rotor mechanism, according to the company’s website. Wingcopter will also provide pilot training, mission planning, operational design, and maintenance.

“Being able to help a global company like ANA open up new business areas and at the same time pursue our mission to save and improve lives, is what we tirelessly work for,” Tom Plümmer, CEO of Wingcopter, said in a statement. “We are really looking forward to the next steps and the overall partnership with ANA in Japan and beyond.”

In a video announcing the partnership, Plümmer said operations would start on the Gotō Islands in Nagasaki Prefectur, Japan and expand from there.

“Here in Gotō, 100 km west from Nagasaki city, there are 11 inhabitant remote islands,” Tetsuya Kubo, vice president of ANA HD overseeing the digital design lab, said in the video. “We would like to help those people living on the islands who have difficulties in accessing medical care, food and other vital supplies.”

Wingcopter’s drone has a range of 120 km and has been tested in harsh weather conditions, according to the company’s website. The drone has a 178 cm wingspan, 132 cm from front to tail, and has a max payload of six kilograms. In fixed-wing mode, it can reach speeds of 150 kilometers per hour and drops down to 100 kilometers per hour in cruise speed.

“The ongoing tests of Wingcopter aircraft represent a significant step forward in the creation of a viable drone transportation network,” Kubo said. “We are excited to partner with Wingcopter as we build on the advances and innovation of previous trials to bring drone delivery one step closer to reality. Once fully realized, a functioning drone transportation infrastructure will help improve quality of life in rural areas across Japan.”

The post All Nippon Airways Partners with Wingcopter to Bring Drone Delivery to Japan appeared first on Aviation Today.