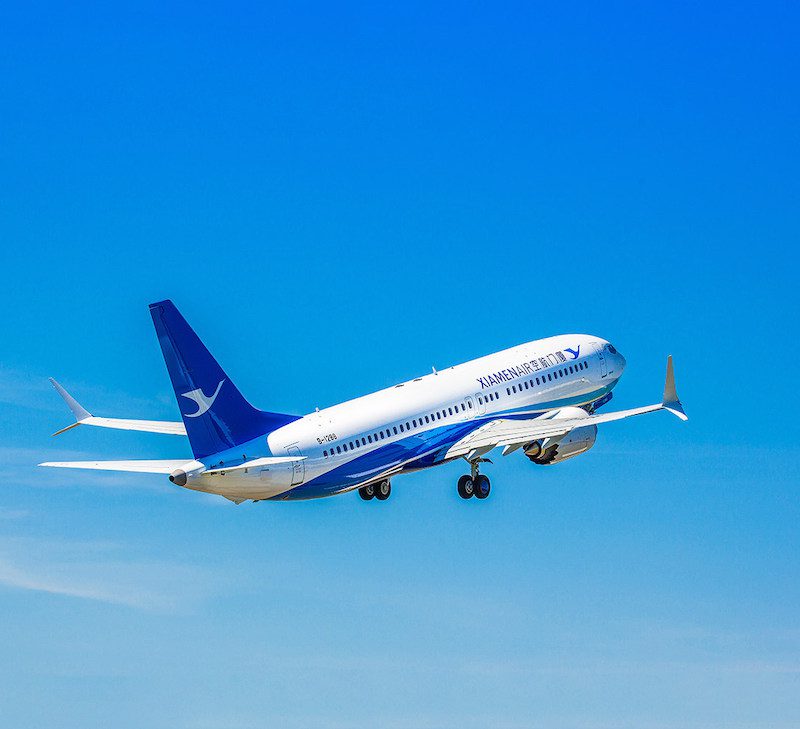 China’s civil aviation regulator has issued an airworthiness directive outlining changes required to the Boeing 737 MAX that will eventually allow airlines operating the aircraft to resume its service in Chinese airspace, including the Xiamen Airlines 737 MAX pictured here. (Boeing/PR Newswire)

CAAC’s AD comes 33 months after the agency became the first international aviation regulator to ground the 737 MAX in March 2019 following two fatal crashes of the aircraft type involving Lion Air and Ethiopian Airlines. While the directive includes display software updates and wiring changes required as corrective actions to the MAX’s Maneuvering Characteristics Augmentation System’s (MCAS) function that was ultimately found to have lead to the two crashes, it does not provide the final lifting of the ban on the aircraft necessary for it to resume flying passenger-carrying flights in Chinese airspace again.

Changes outlined by CAAC are identical to what the Federal Aviation Administration (FAA) outlined in the AD it issued clearing the MAX for a return to service in U.S. airspace last year. The agency is requiring 737 MAX operators to install and verify the flight control computer software updates to both MAX flight control computers and provides details on operational changes and fault messages operators should be aware of as they integrate the required changes into their aircraft. 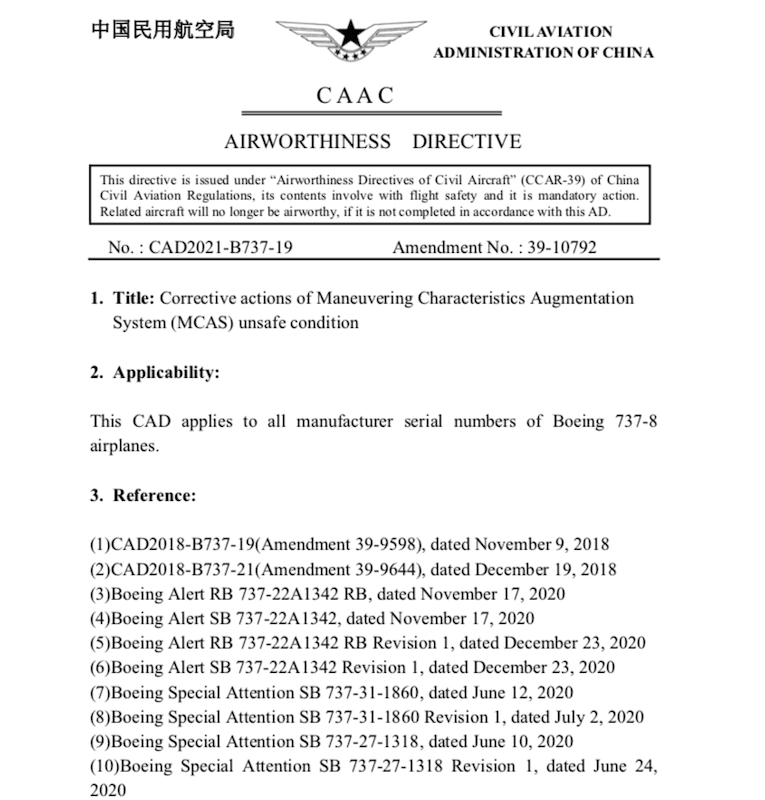 The AD issued by CAAC is 14 pages long; check out the full version at this link.

In a statement published by the South China Morning Post on Friday, Yang Zhenmei, director general of the Department of Airworthiness at the CAAC, said that the 737 MAX “is expected to resume domestic commercial operations by the end of this year or the beginning of next year for existing fleet and also resume the introduction of new aircraft.”

During a quarterly earnings call held in October, Boeing CEO Dave Calhoun told analysts that flight testing for the 737 MAX return to service in China was completed in the third quarter, and he continues to anticipate final CAAC approval by the end of the year. Boeing Chief Financial Officer Brian West estimates that a third of the approximately 370 MAX aircraft still in inventory that have not yet been delivered are for operators based in China.

“The CAAC’s decision is an important milestone toward safely returning the 737 MAX to service in China,” Boeing said in a statement following CAAC’s publishing of the AD. “Boeing continues to work with regulators and our customers to return the airplane to service worldwide.”