May 1st, 2021   •   Comments Off on Congress Needs to Provide Funds and Regulatory Relief to Advance Aviation, Industry Says 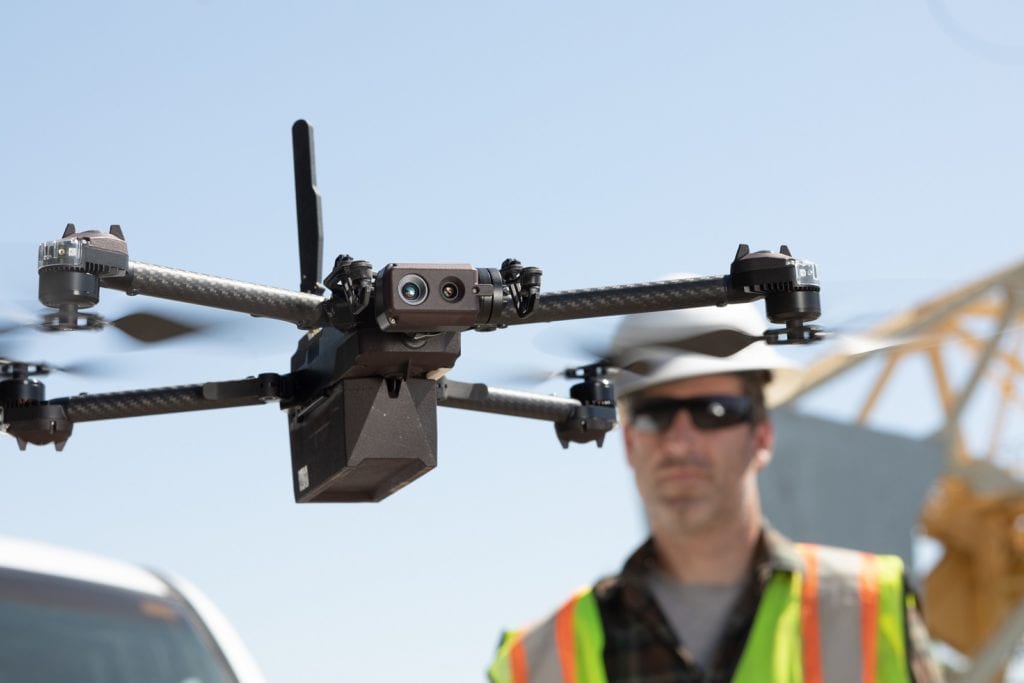 The hearing comes a week after new final rules for flying unmanned aircraft systems (UAS) in the national airspace went into effect last week. The rules address remote identification of UAS and UAS operations over people and at night. (Skydio)

“We need your help at the federal level,” Eric Garcetti, Mayor of the city of Los Angeles, California, said during the hearing. “Don’t let us have 1,000 standards in 1,000 cities. Let’s develop a national standard and clear rules for managing low-altitude airspace that recognizes the responsibility of local governments around land use, density, and development. The FAA needs to prioritize research into safely integrating AAM [Advanced Air Mobility] into congested airspace, as well as research into how takeoffs and landings will weave into the flight path of traditional commercial aircraft operations.”

The stated purpose of the hearing was to allow industry to inform members of the subcommittee on new aviation technologies with potential societal, safety, and environmental benefits, according to Chair of the Subcommittee on Aviation Rick Larsen (D-WA). The subcommittee has jurisdiction over the Federal Aviation Administration (FAA), commercial space transportation, the National Mediation Board, and the National Transportation Safety Board (NTSB).

The hearing comes a week after new final rules for flying unmanned aircraft systems (UAS) in the national airspace went into effect last week. The rules address remote identification of UAS and UAS operations over people and at night. However, industry experts expressed concern over the slow and often disparate.

“The US safety regulatory system for civil aviation has an enviable record of stewardship over the busiest and most complex aviation system in the world,” James L. Grimsley, executive director of advanced technology initiative at the Choctaw Nation of Oklahoma, said. “In order to sustain this vibrancy, our regulatory system needs to evolve to enable and support emerging technologies and new entrants into the airspace, although we’ve made progress in the IPP and BEYOND and understanding how our regulatory system needs to evolve to integrate drones, our policies lagged behind the pace of technological advances. This hinders the industry unnecessarily.”

Later in the hearing, Grimsley cited an example of the regulatory barriers facing industry in relation to the COVID-19 pandemic. Grimsley said he was contacted by many in his community who were looking to use drones for contactless delivery, however regulatory hurdles hindered their ability to be of use.

“We saw a lot of other businesses that were using things like curbside delivery, online ordering app ordering, they were able to shift and society was able to adjust quickly,” Grimsley said. “On the side of things like drone delivery, where society could have benefited, the regulatory system was not ready. We could not get anything in place to do any sort of meaningful missions or to help the public specifically because the regulatory system has been so slow to get to where we are now. So, I’d say our regulatory system actually delayed our ability to respond, in my opinion, very proactively and very constructively to the pandemic response.”

Grimsley said the U.S. is at risk of losing its aviation leadership role because of the slow regulatory movements that are plaguing the drone industry.

Subcommittee Ranking Member Garret Graves (R-LA) and Thomas Massie (R-KY) both inquired about competition in the drone industry from China. Adam Bry, chief executive officer at Skydio, said that 80 percent of drones currently in use are made by China and have security concerns.

“Even though the drones are small, the stakes are high,” Bry said. “For the recent past, the drone industry has been dominated by manually controlled drones that are hard to fly and easy to crash. Eighty percent of these drones are made by companies based in China and come with a slew of cybersecurity concerns. The drone market is ripe for a transition from hardware to find products to software-enabled solutions, and…there is an opportunity for U.S. companies to lead the way with the potential to create tens of thousands of jobs here in the U.S.”

Job creation is not the only benefit of U.S.-made drones, Bry said. U.S. manufacturers will also be able to set standards that reflect their values.

“Most importantly, the stronger the domestic drone industry, the more this technology will reflect democratic values,” Bry said. “In 2020, Skydio became the world’s first drone company to issue a set of ethical principles to guide our work. We consider the holistic impact of our products with a particular focus on privacy and civil liberties.”

The U.S. is also falling behind on aviation technologies that can drive environmental sustainability, Roei Ganzarski, chief executive officer at magniX, said during the hearing.

“The U.S. has always been a leader, be an economics, culture, technology, the world looked to us as a beacon for the future, however, with aviation our country is falling short of our reputation for pioneering innovation and leading industry,” Ganzarski said. “In Europe countries are pledging domestic flights to be electric by 2030, banning short flights to reduce emissions, and providing hundreds of billions of dollars to advance carbon-free aviation.”

Ganzarski said the solution is for Congress to invest in electric aviation and provide incentives to operators who adopt it. He said he wants to see an amendment of the Essential Air Service which was passed in 1978 and aimed at guaranteeing that small communities are served by air carriers and given access to the National Air Transportation System.

“Congress needs to provide incentives for operators to adopt electric aircraft for existing and new routes, incentives for airports to invest in charging capabilities, and incentives for manufacturers to develop all-electric aviation solutions. These incentives can include grants, tax credits and more. I also propose amending the Essential Air Service, a taxpayer program, by adding an environmental performance criterion to be awarded subsidies. Separately I’ll share that the FAA is doing an amazing job working with the right attitude and approach with these new technologies, but there are lacking resources.”

Black Scholl, founder and chief executive officer at Boom Supersonic, also advocated for tax credits and policy incentives. He cited the FAA’s work with the International Civil Aviation Organization (ICAO) as critical to future supersonic flight and sustainable aviation fuels (SAF) which is being offered as a solution to move away from fossil fuels.

“Regulatory certainty is vital to our success and ICAO must continue to advance economically reasonable, technologically feasible, and environmentally beneficial standards for supersonic aircraft,” Scholl said. “In the field of SAF, policy incentives will also be critical to accelerating production and adoption. At Boom, we support measures such as blender tax credits to accelerate staff production, and we’re working with a broad coalition of staff stakeholders to advance that policy.”

Pierre Harter, director of research and development at the National Institute for Aviation Research at Wichita State University, said the aerospace industry is not only critical to the economy but also national security.

“It is apparent that U.S. dominance in aerospace is a critical economic driver and a national security imperative,” Harter said. “The next two decades promise exciting new aerospace innovations and products that will transform the way we live and work enhancing the quality of life for Americans and the rest of the world. As in the past, the government must continue to support innovation by incorporating these new technologies into a strategic framework, investment in R&D, and capitalizing on industry, academia, and government partnerships will enable the safe, secure, and efficient introduction of these new technologies and products.”