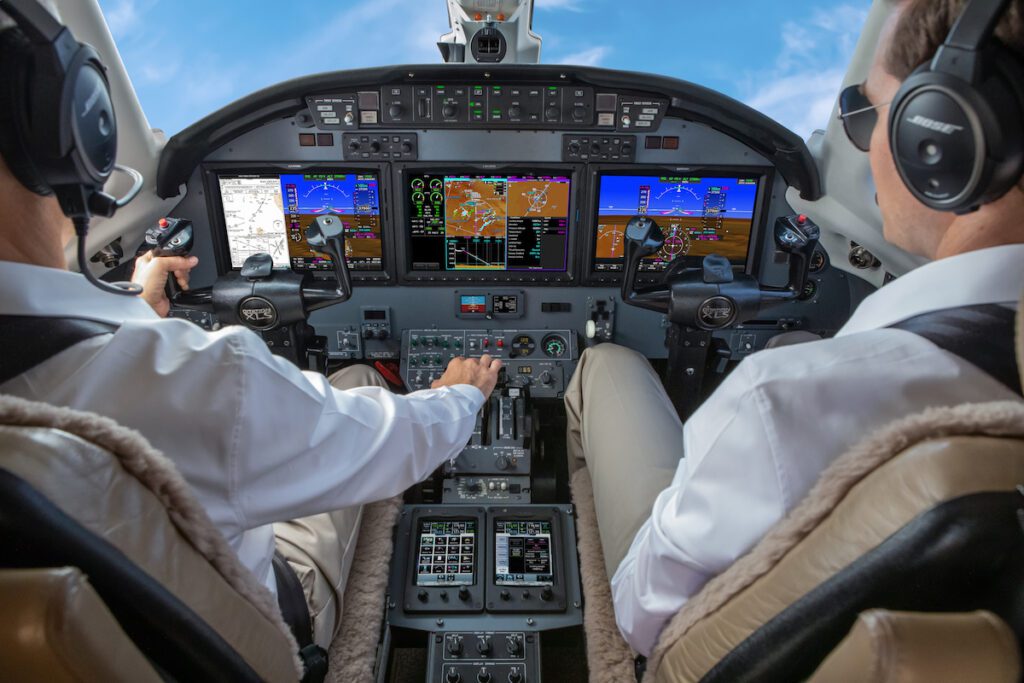 Garmin has achieved a delivery milestone for its line of avionics cockpit technologies, as the company celebrated the delivery of more than 25,000 integrated flight decks in a June 15 announcement.

According to Garmin, the delivery milestone includes forward-fit and retrofit installations of its various flight decks including the G1000, G3000, and G5000 to general and business aviation, rotorcraft, military and government, and regional aircraft operators. March 2023 will mark the 20-year anniversary of Garmin’s introduction of its first G1000 integrated flight deck for Cessna’s Citation Mustang, the company said in its announcement.

The first deliveries of the G1000 occurred in June 2004, and those were followed by the eventual introduction of the G3000 and G5000 for the turbine market in 2010 that included the aviation industry’s first certified touchscreen vehicle management controllers. Today, the G1000, G3000, and G5000 are now certified on 80 aircraft models from 20 different aircraft manufacturers, which Garmin claims is “more than any other avionics manufacturer.”

Some of the innovation and upgrades added to the latest configuration of Garmin’s flight decks includes the push-button auto land system first certified for the G3000, featured in Piper’s M600/SLS. Flight Stream 510, a MultiMedia Card (MMC) technology, gives pilots the ability to wirelessly update the aircraft’s numerous databases, and can also facilitate the exchange of flight information to and from the Garmin Pilot app and the panel-mount avionics.

Phil Straub, Garmin executive vice president and managing director, aviation, commented on the milestone in a statement, calling the G1000 the “vision of our late co-founder Gary Burrell.”

“We are very proud to celebrate this extraordinary achievement, and we wish to extend our sincerest gratitude to our aircraft manufacturers, as well as the aircraft owners, who have selected and trusted Garmin over the years,” Straub said.