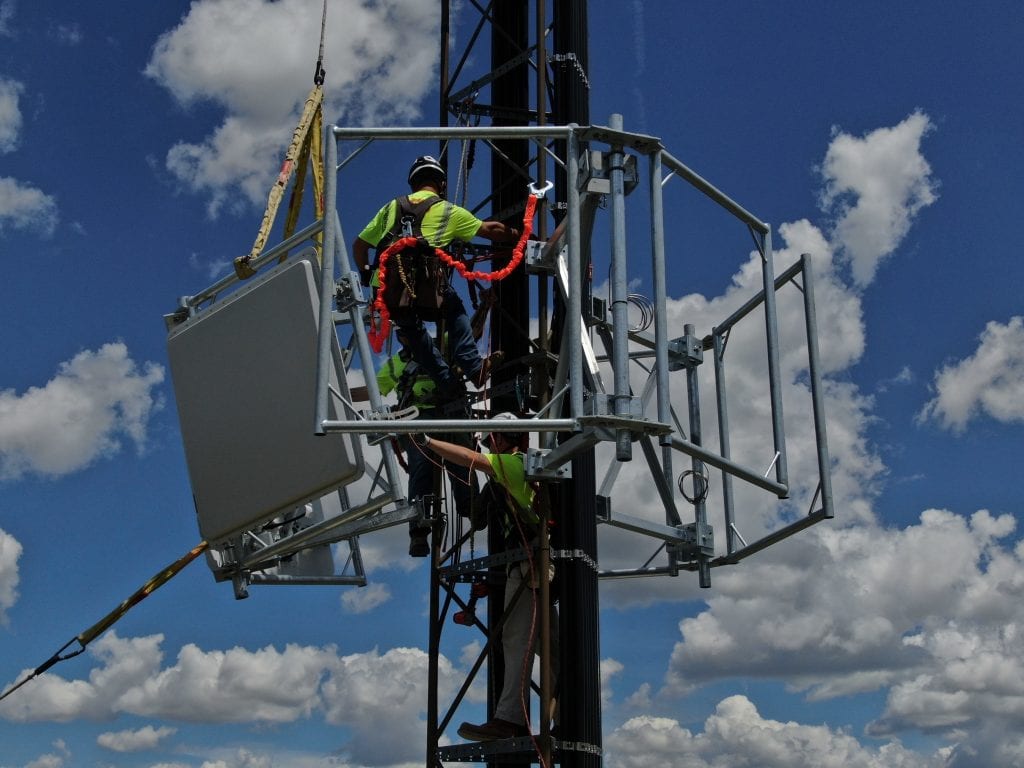 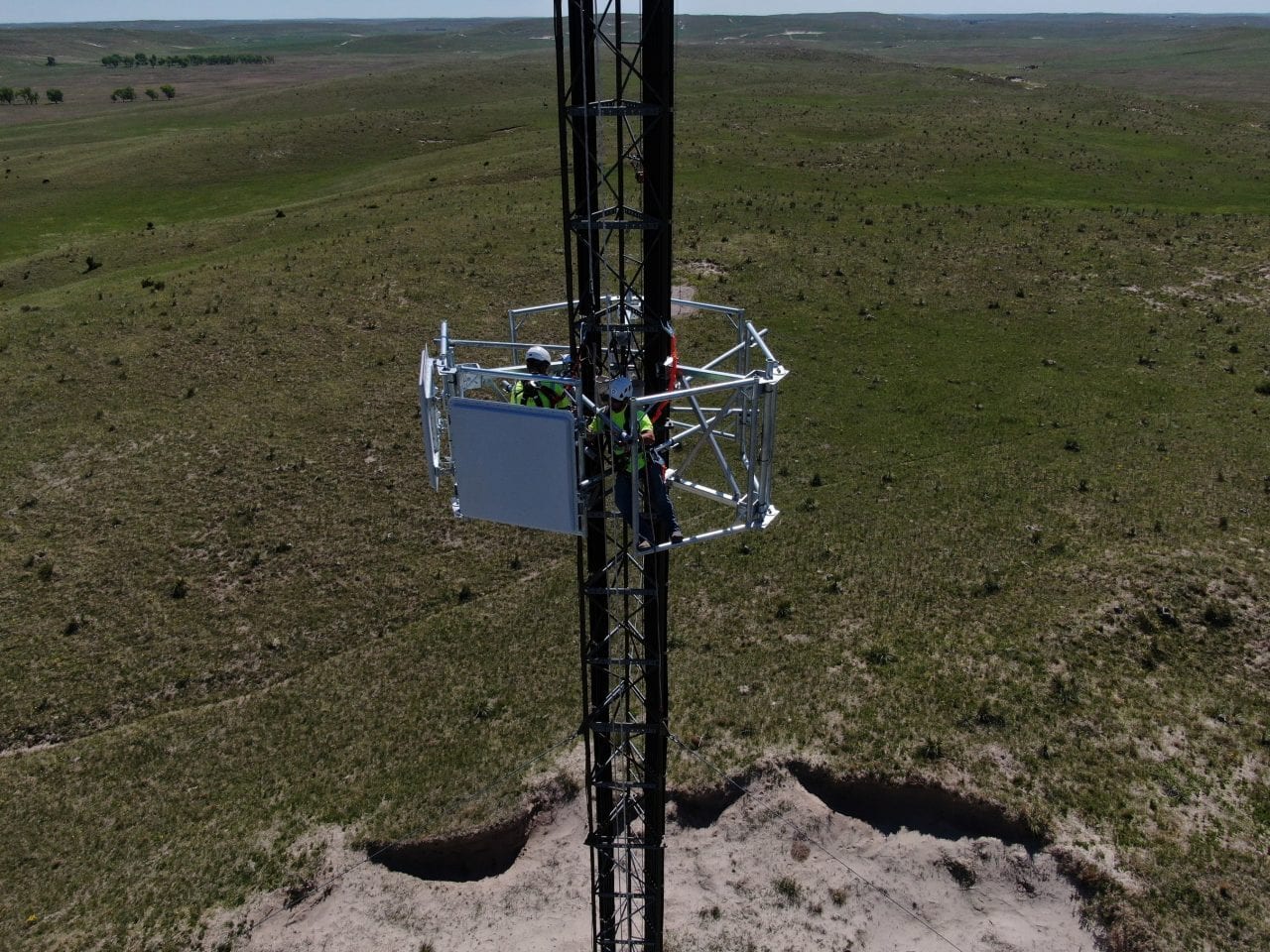 The first two Gogo 5G antennas being installed on a tower in the Midwest. (Gogo Business Aviation)

On the ground network side, the first two 5G antennas have been installed on a tower, enabling the company to start conducting prototype testing of the 5G antenna towers. Originally scheduled for deployment this year, Gogo CEO Oakleigh Thorne explained during their first-quarter earnings call in March that a supply chain delay caused by a microchip supplier ultimately lead to their delaying the 5G network until 2022.

“The tests we’ve conducted and successfully passed validate what we modeled when we initially announced we would build a 5G network,” Mike Syverson, senior vice president of engineering for Gogo Business Aviation said in a statement. “Through the testing we’ve done so far, we now know that Gogo 5G is going to be better than we originally thought it would be.”

Another 5G network milestone announced by Gogo is the completion of the development of its 5G air card prototypes and recently completed coast-to-coast flight testing of its 5G belly-mounted antennas. The first flight test involving a connection between the 5G antennas on the aircraft and the 5G antennas on the ground tower was also recently completed. An end-to-end call using a 5G SIM card, from the onboard equipment “to the cell site, through the data center to the internet, and back,” has also been completed, according to Gogo.

“What we’ve done is validate that our systems can talk to one another,” Syverson said. “The antennas can talk to the cell site, which in turn can talk to the data center. There is a lot of software development to put those pieces together, and it’s all working very well.” 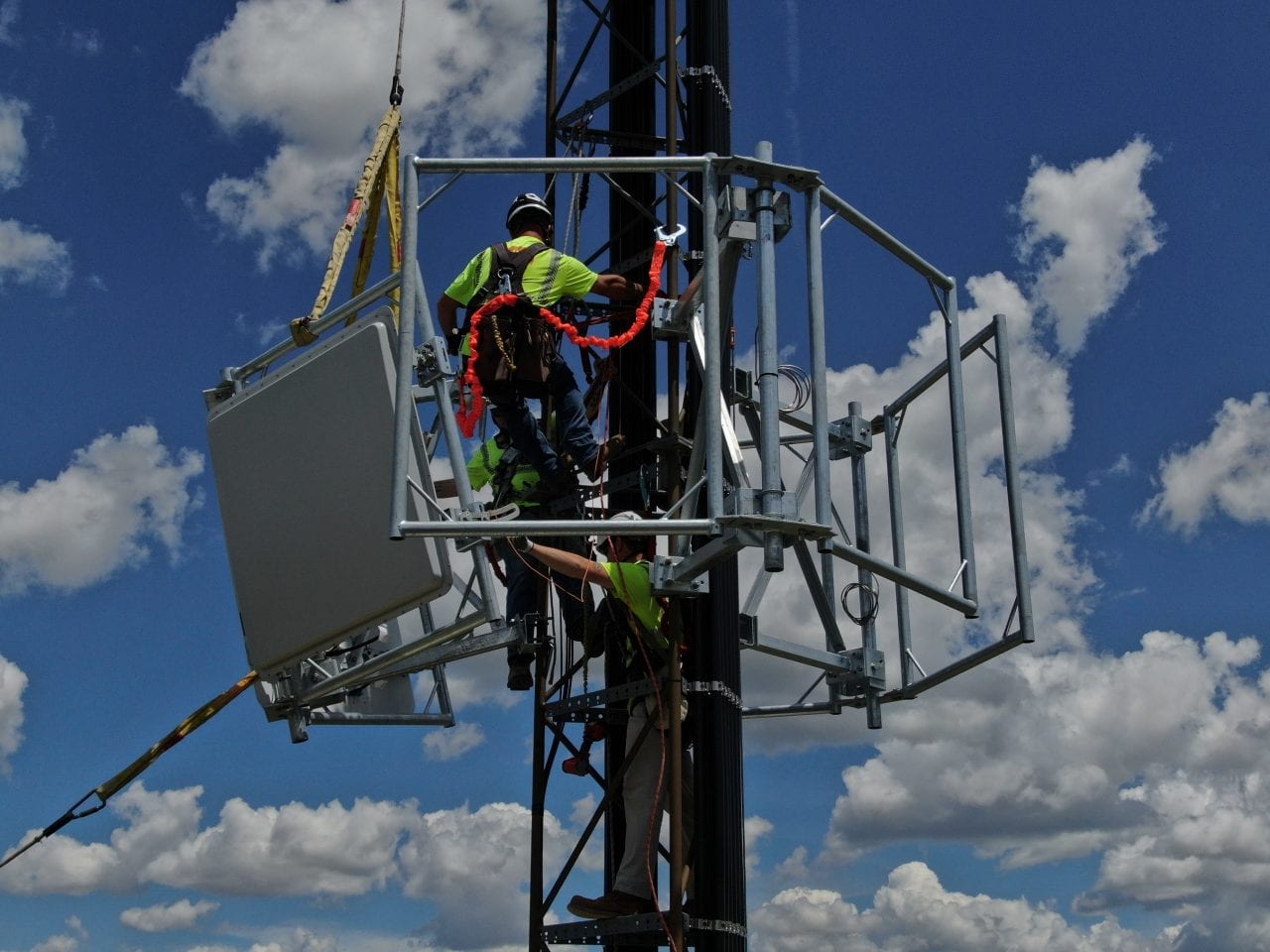 During his participation in the recent Connected Aviation Intelligence 5G panel, Jim MacDougall, vice president of product management for Gogo Business Aviation said the company plans to have a test 5G network with 10 sites available by the end of the year, followed by a full-scale launch in the U.S. by the second half of 2022.

“Each antenna is using beam-forming to provide an improved experience, and by using the licensed and the unlicensed spectrum together, we ensure that customers will get the best possible experience even in congested airspace over heavily populated areas,” MacDougall said.

Gogo expects their nationwide 5G network to become available by the second half of 2022.