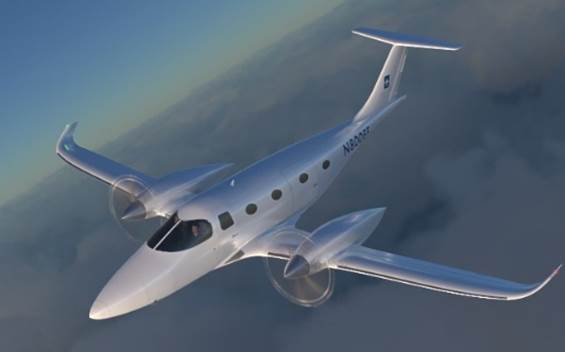 The eFlyer 800 will have a 500 nm range, 35,000 feet ceiling, and 320-knot cruise speed. It will use two wing-mounted electric motors with dual redundant motor windings and quad-redundant battery packs. (Bye Aerospace)

Bye Aerospace announced the eFlyer 800, an all-electric twin turbo-prop class airplane that will be able to seat eight people, according to an April 22 announcement.

George Bye, Bye Aerospace CEO, said they decided to develop an electric aircraft that was geared toward the regional and charter aircraft market but provided the service at reduced cost and zero CO2 emissions.

“The background of what’s happening is a megatrend,” Bye told Avionics International. “It’s not something that is kind of a question mark anymore. Electric vehicles are expected. Today, all around the world, young people kind of look at us and they go, what do you mean internal combustion engine. They’re expecting electric.” 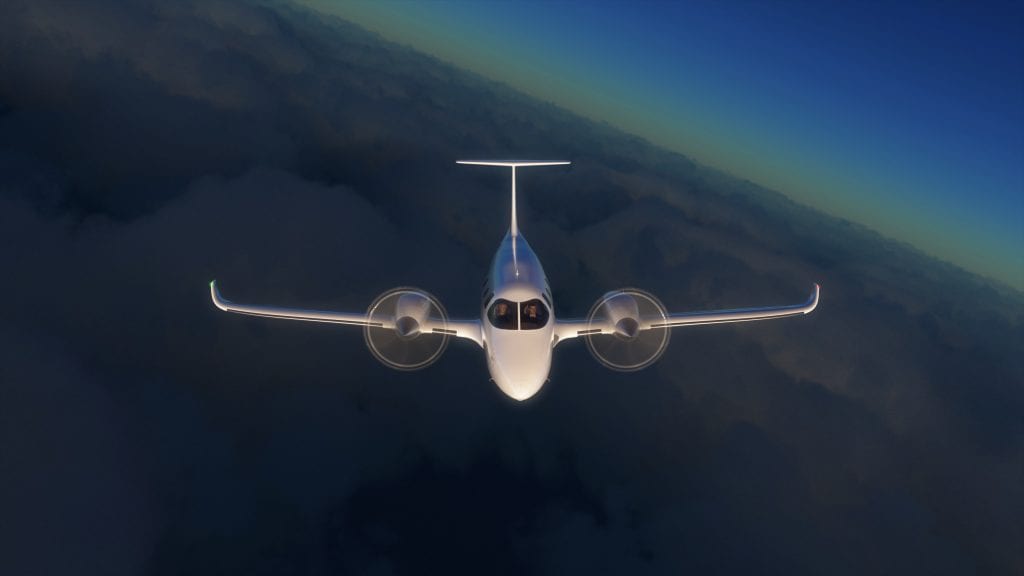 Bye Aerospace and Safran will work together on the electric powertrain for the eFlyer 800, according to Bye Aerospace. Bye said the aircraft will use lithium-sulfur battery cells. (Bye Aerospace)

The eFlyer 800 will have a 500 nm range with an operational ceiling of 35,000 feet, and 320-knot cruise speed. It will use two wing-mounted electric motors with dual redundant motor windings and quad-redundant battery packs.

“It’s a brand new design and the design is optimized to carry an electric propulsion system,” Bye said.  “The size, weight, speed, etc., is a turboprop equivalent. It has trouble prop speed and altitude at about a 500 nautical mile range with eight seats. And that is kind of the ideal sweet spot for the mission of what our classic regular legacy turboprops do every day.”

Bye Aerospace and Safran will work together on electric powertrain development for the eFlyer 800, according to Bye Aerospace. Bye said the aircraft will use lithium-sulfur battery cells.

The eFlyer 800 will also have the option for supplemental power through solar cells which would be used for things like cabin air conditioning or lighting on the ground.

“It would be a functional power source but solar power by itself is not enough to fly the plane,” Bye said.  “It is supplementary, which is great, but it’s more meaningful when you’re on the ground and not wanting to pull down from the battery while you’re while you’re sitting there loading and unloading passengers and you want to keep the cabin comfortable.” 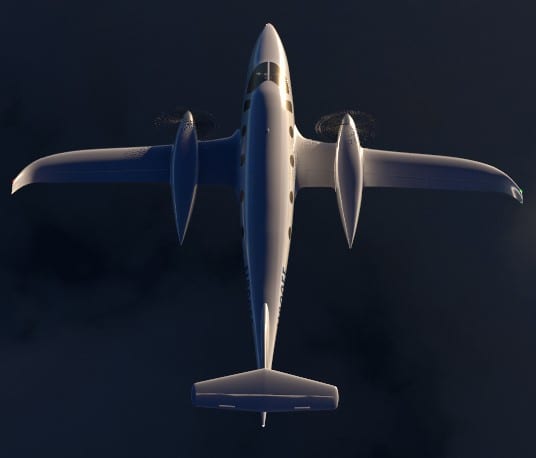 Bye said they have assembled their first aircraft and others are also on their way. The eFlyer 800 could start production and delivery at the end of 2022 or into 2023. (Bye Aerospace)

Bye Aerospace is currently working with the Federal Aviation Administration (FAA) on Part 23 certification for their eFlyer 2 and eFlyer 4. This aircraft will be certified in a similar way, however, there will be a different certification process for the electric propulsion system.

“It’s a classic design,” Bye said. “The wings and the fuselage are balanced. The aerodynamics are appropriate, very clean, very efficient, and the benefit of that is, this is a standard process of certifying an airplane. The electric propulsion system is new.”

Bye said that the use of batteries and electric motors on airplanes is not an entirely new concept, but that they have never been certified within a propulsion system.

“The motors and batteries are fairly well understood,” Bye said. “What we’re doing, that’s new and unique, is to use those as a primary propulsion system, and of course, that’s what we’re doing. That’s kind of pioneering work with the FAA to deliver a normal category Part 23 aircraft to our customers.”

Bye said they have assembled their first aircraft and others are also on their way. The eFlyer 800 could be ready to start production and delivery by the end of 2022.

“We have the assembly of our first airplane so number one underway right now,” Bye said. “Number two and three are on the way. After that, we should start production and delivery at the end of next year and into 2023.”