August 13th, 2021   •   Comments Off on Overair Releases New Details About its eVTOL Aircraft 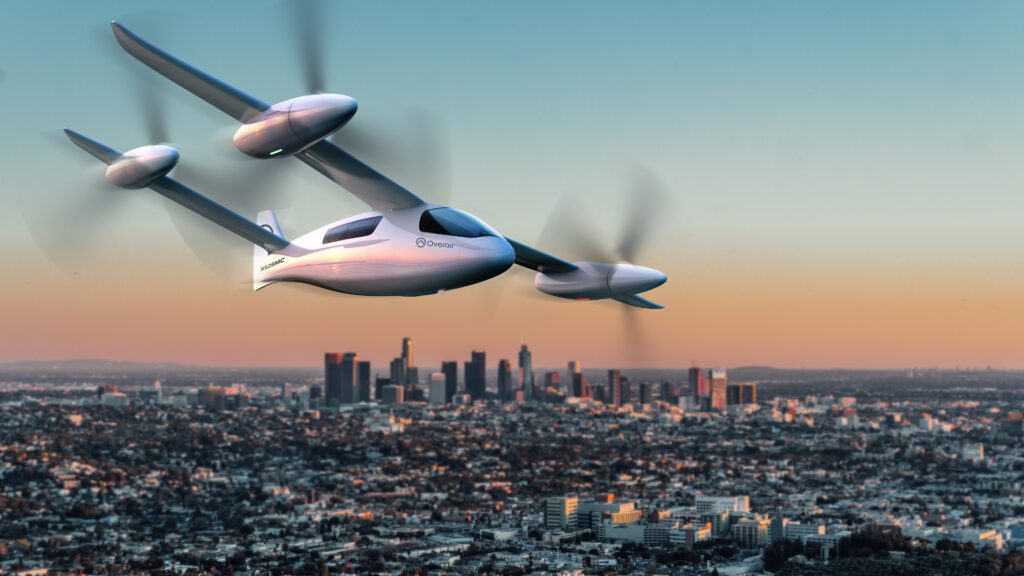 Overair hopes to launch its eVTOL aircraft Butterfly in the U.S. and South Korea. (Overair)

The electric air taxi company Overair is breaking its silence on its electric vertical takeoff and landing (eVTOL) aircraft and debuting the design of Butterfly.

Butterfly will be an all-electric aircraft with a range of over 100 miles and 200 mph top speed. It will have zero carbon emissions and has a robust design made to withstand challenging weather conditions. Its payload will be able to accommodate five passengers, a pilot, and cargo topping out at 1,100 pounds.

Ben Tigner, CEO at Overair, told reporters during a call on Aug. 11 that Butterfly’s advantage lies in its propulsion system which features four large propulsors. The large disk area will allow for the aircraft to use less power in the hover phase making the aircraft highly efficient. This is why Overair has decided to go with the battery-only option versus a hybrid option like some others in the field with a similar range and payload capacity. Butterfly will also use a vectored thrust configuration to increase efficiency in hover and cruise flight.

“Our fundamental technology advantage, the propulsion, that we bring to the party here is inherently more efficient,” Tigner said. “We get more thrust for less power, that’s why we’re able to go battery only, not needing the hybrid solution. So we have larger rotors, larger propulsors than most other people in the industry so we can generate the thrust unit for flight, using less kilowatts and less kilowatt-hours.” 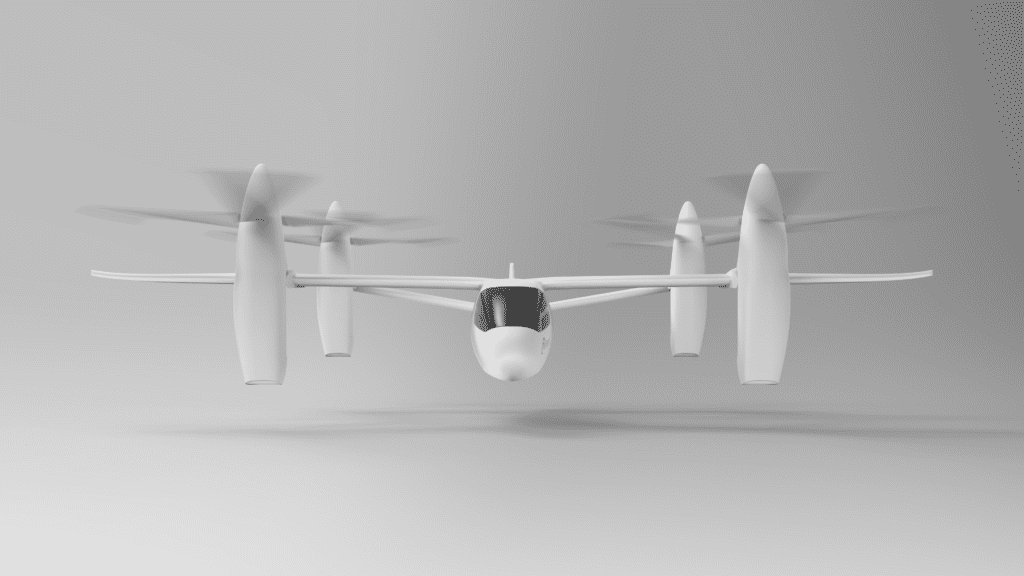 Butterfly will initially be piloted and then transition to autonomous flight in the future. (Overair)

“It’s also going to be very very quiet,” Tigner said. “We anticipated that will be the quietest eVTOL vehicle in the field, and that is based on the fact that it has the largest rotors in the field and we’re able to spin the rotors very slowly. Not only is the amount of sound, the intensity of the sounds generated by the propulsion system very low, but also the character of the sound is such that the frequency projected is at a place where the human ear is very insensitive. So it really should be an extraordinarily quiet aircraft, quieter than anything else that’s out there in the industry right now.”

Butterfly will initially deploy as a piloted aircraft but will transition to autonomous operations in the future, Tigner said. The aircraft is designed with a fly-by-wire system which will provide layers of autonomy that can be added to.

“It’s full authority fly by wire system, the computer is flying the aircraft and the pilot is telling the computer what his or her desires are in terms of the trajectory of the aircraft,” Tigner said. “You can layer on autonomy system. On top of that, there will be sensors and communication that needs to be added to complete the system.”

The flight controls were developed around simplified vehicle operations. Tigner said the goal is to have a smooth transition between the hover controls and the forward flight controls. 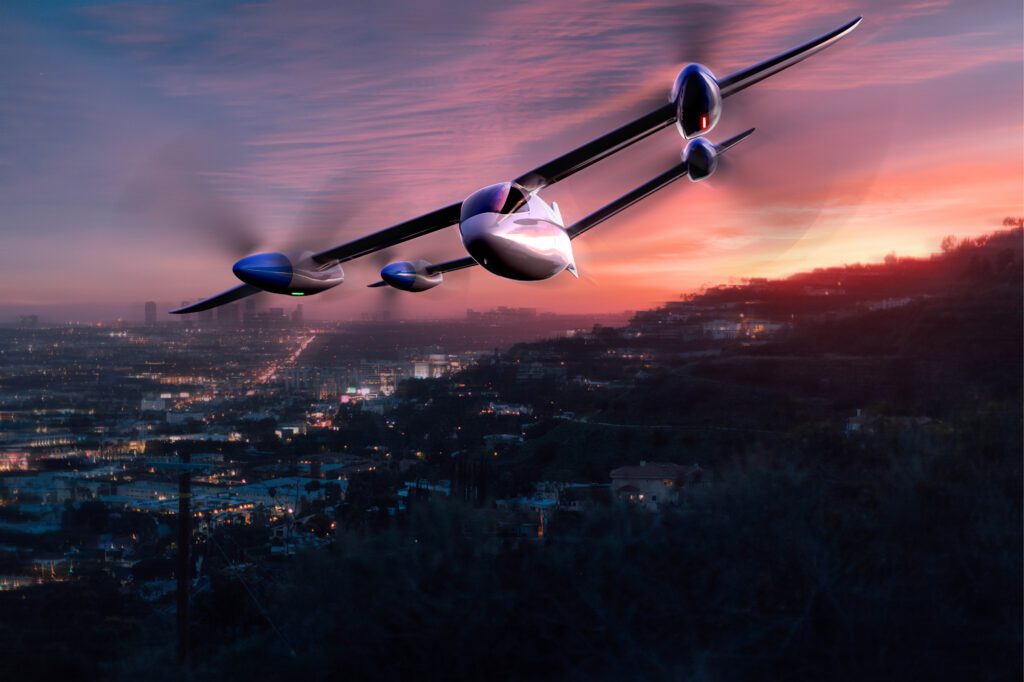 The prototype of Butterfly is expected to take its first flight in 2022. (Overair)

“We’ve adopted an approach that really bites down on the notion of simplified vehicle operation where we’ve sort of adopted the view that you should have an interface…is a smooth transition between hover control and or flight control in a mode, similar to what you see on the F-35, you know, the unified command approach that defines how the sticks translate from hover controlling to into forward flight control,” Tigner said. “The fly by wire system, by virtue of the fact that it is full authority, has the ability to implement important envelope protections that prevent the vast majority of human error type accidents.”

Safety was another key that Overair’s team focused on when designing Butterfly. Jim Orbon, program manager at Overair, said that their eVTOL can land with only two propellers operating. This is possible with the aircraft’s high level of redundancy.

“We’ve actually designed this vehicle to sustain a safe flight and vertical landing with only two of the propellers operative,” Orbon said. “So in normal conditions, we have, you know, roughly 200 percent capacity to sustain the lift of the vehicle and it allows us unmatched levels of performance in a normal operating regime, but that choice to have that redundancy at the propulsion level gives us the confidence that we can implement a solution that has an extremely remote probability of loss of thrust.”

The expectation from Overair is that their prototype will take its first flight next year and they hope to receive certification from the Federal Aviation Administration in 2025. Overair is planning to launch commercial operations in the U.S. and South Korea.