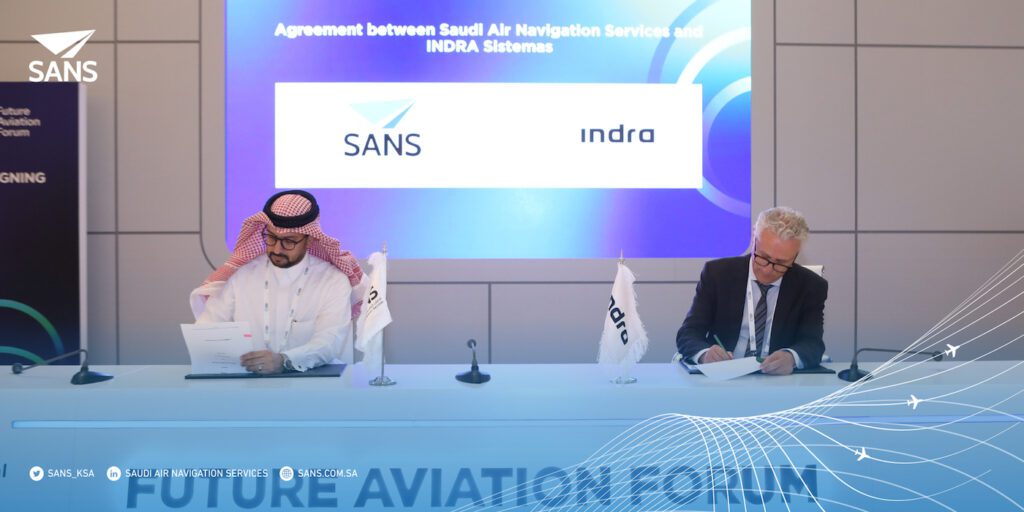 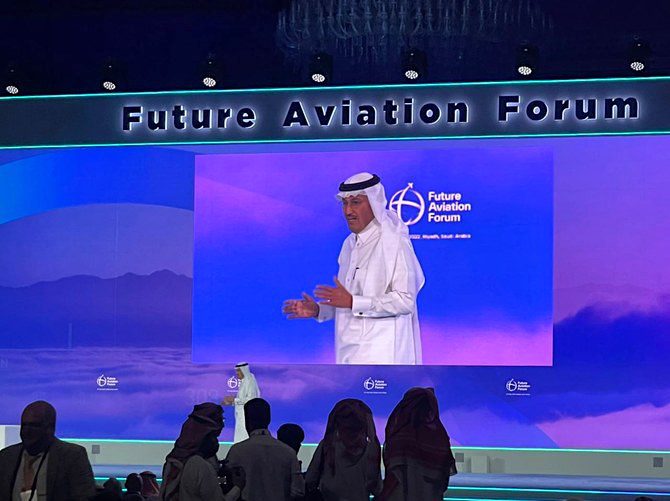 RIYADH, SAUDI ARABIA — The Kingdom of Saudi Arabia (KSA) committed to investing $100 billion—356 billion SAR—into its aviation sector by 2030 in an effort to upgrade its air traffic infrastructure, launch a new national carrier, and provide a path for new airspace entrants such as drones and electric vertical take-off and landing (eVTOL) aircraft, according to comments made by government and industry leaders speaking at the two-day inaugural Future Aviation Forum (FAF) in Riyadh.

“Over the next 10 years, the Kingdom will emerge as the Middle East’s leading aviation hub,” Saudi Minister of Transport Saleh Al-Jasser said during his opening keynote.

Al-Jasser said the $100 billion investment will come through a combination of private and public funding, and is aligned with the nation’s Vision 2030 framework first released in 2016 to outline how Saudi Arabia can become less dependent on oil as the centerpiece of its economy. The minister said Saudi Arabia expects its domestic airlines to collectively carry more than 330 million passengers annually by 2030, transport 5 million tons of freight, and establish connections to more than 250 destinations around the world.

The minister’s transportation department has already started down the path of its $100 billion investment strategy by transferring 25 of its previously state-run airports into a private holding company. “Recently we have approved hundreds of aircraft orders and started opening new routes to many of the countries and nations represented here at this event,” Al-Jasser said.

Additionally, Saudi Arabia’s General Authority of Civil Aviation (GACA) launched a new “Harmonising Air Travel” policy, that it hopes will also be submitted to the International Civil Aviation Organisation’s (ICAO) General Assembly meeting in October. GACA’s 39-page white paper aims to achieve what other aviation digital health passport initiatives—such as IATA’s Travel Pass—have not been able to amid the COVID-19 pandemic: provide a digital health passport that is managed and accepted by all countries.

In the white paper, GACA effectively provides an overview of how confusing the process of traveling internationally can be for vaccinated airline passengers trying to determine if they need a negative COVID-19 test result when traveling across borders.

“The global Digital Health Certificate (DHC) is defined here as a globally standardised travel document that would be delivered at the national level by health authorities in electronic format and include the vaccine information of passengers. The DHC would be recognised by all domestic applications (to be QR readable),” GACA writes in the white paper.

Air traffic management (ATM) modernization is another major goal that the KSA seeks to achieve with its investment in aviation through 2030. On that front, Saudi Air Navigation Services (SANS)—which first became a private company in 2016—signed several technology and training agreements during the event. One of the most prominent agreements was signed with Indra Sistemas, to establish what will become the first virtual air traffic control tower in the Middle East.

During his participation in a panel entitled “Air Traffic Management and Airspace Modernization” that included representatives from ICAO, Thales, and Indra, among others, SANS CEO Eng. Abdulaziz Al Zaid said ATM modernization is needed in Saudi Arabia to account for an expected increase in passenger air traffic over the next decade. Al Zaid said that in the first quarter of 2022, KSA had already recovered to 100 percent of the domestic and international passenger air traffic volume recorded during the same pre-pandemic period in 2019.

The SANS executive also discussed how he sees a need for ANSPs and regulators to take a different approach to managing the operations of new lower altitude airspace entrants. 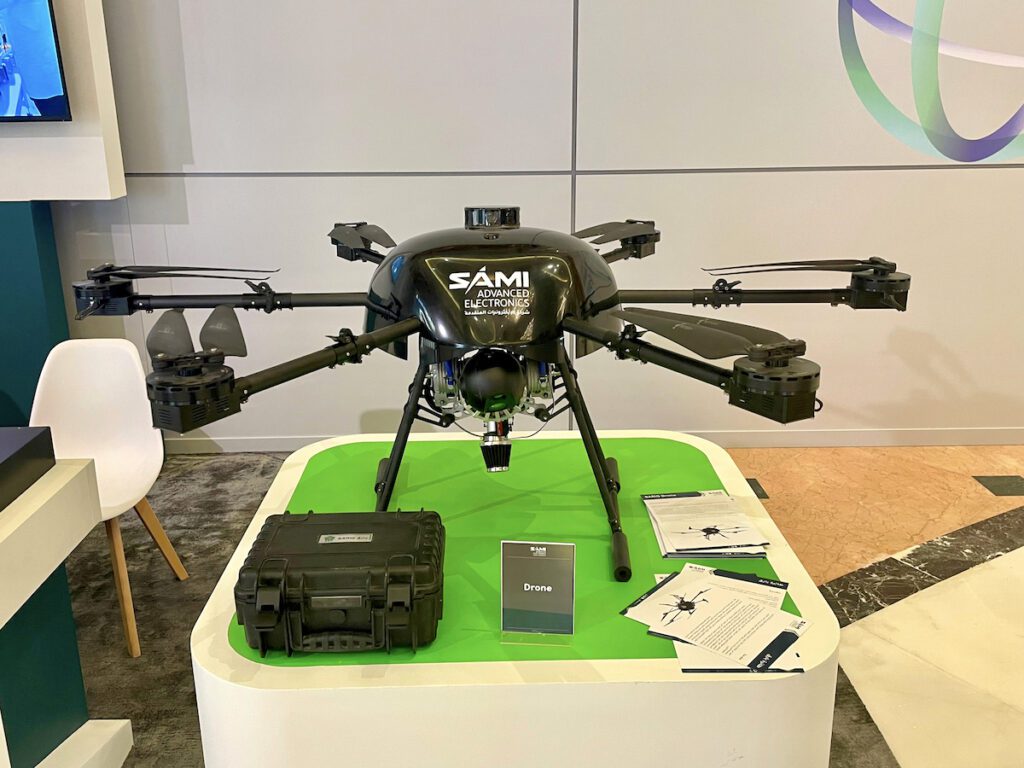 GACA is also using a joint venture established between NEOM—a “smart city” currently being developed in the northwestern region of Saudi Arabia—and German eVTOL maker Volocopter to develop a regulatory framework and concept of operations for eVTOL operations in the future. Captain Sulaiman Almuhaimedi, Vice President of safety and aviation standards for GACA, explained the goals of the Volocopter partnership during an appearance on the “Destination: Advanced Air Mobility (AAM) Solutions” panel.

Sulaiman described the NEOM-Volocopter initiative as “a project that will act as an incubator and test lab for such technologies, proof of concepts, where we can as a regulator have an access into reliable data where we can utilize and capitalize in order to develop a regulatory framework that will enable the industry to achieve its objectives.”

GACA’s Saudi Aviation Strategy document—a white paper released during the event—calls for the establishment of new special economic zones, “a project that will act as an incubator and test lab for such technologies, proof of concepts, where we can as a regulator have an access into reliable data where we can utilize and capitalize in order to develop a regulatory framework that will enable the industry to achieve its objectives.” GACA expects the new zones to expand air freight operations in Saudi Arabia from 0.8 tons today to 4.5 million tons by 2030.

Overall, the agency expects its strategy to allow KSA’s air transport efficiency ranking to become “among the top 5 ranked globally by 2030.”