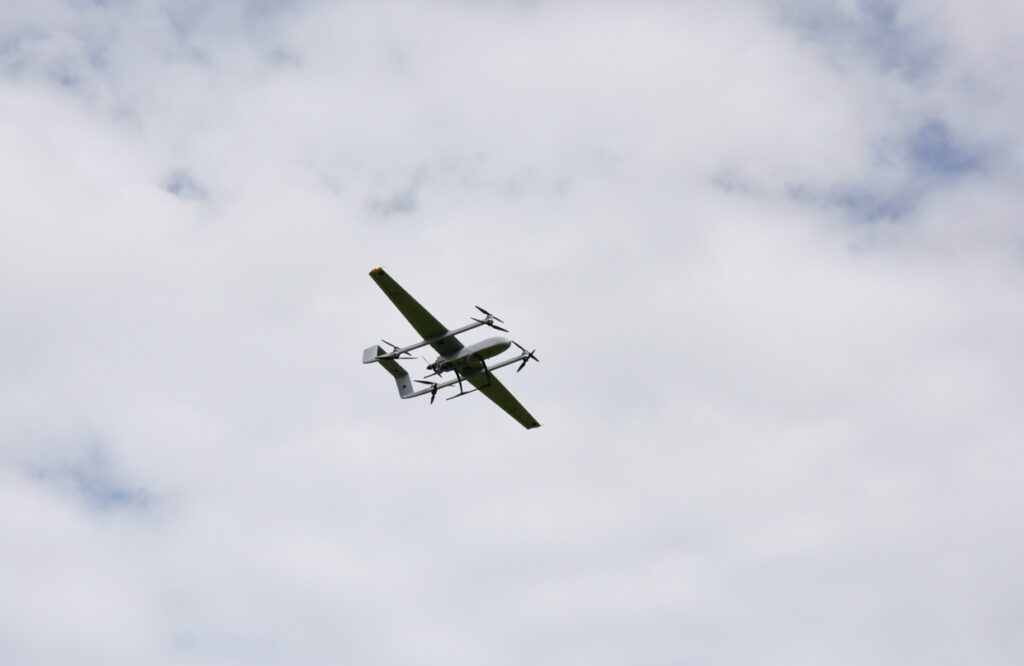 Skylift’s electric UAV is demonstrating its ability to deliver prescription medications in the UK in partnership with Apian. (Photo: Skylift UAV)

The company Skylift UAV develops unmanned aircraft with vertical take-off and landing (VTOL) capabilities. Their drones, or unmanned aerial vehicles (UAVs), were selected by the National Health Service (NHS) in England for a pilot program in the Isle of Wight. The delivery method was launched in partnership with Apian, a medical drone startup. Skylift’s CEO, Toby Moores, and Operations Manager, Ben Dexter, provided insights into the development of their UAV in a recent interview with Avionics International.

Skylift’s UAVs will deliver chemotherapy drugs from a pharmacy at Portsmouth Hospitals University to St. Mary’s Hospital. The UAV flights will take about 30 minutes each—a significant improvement from the four hours it typically takes to transport a package to the Isle of Wight. Efficient delivery is particularly important for transporting medications with a short shelf life. Following the trial flights in the Isle of Wight, the pilot program will carry out drone flights in Northumbria.

Boots, a pharmacy chain in the UK, announced last week that it had used a Skylift UAV to transport prescription medications from Portsmouth to the Isle of Wight. Apian selected the Skylift drone for this project and also helped to facilitate the test flight. Boots claims that this is is the first time a community pharmacy in the UK has transported prescription-only medications via UAV or drone.

Rich Corbridge, Chief Information Officer at Boots, commented on the achievement, saying that drones have significant potential for delivering medicine. “In this trial, we will be looking at how much time we can save, as well as how we can incorporate drones into our medicines supply chain to create economic efficiencies too,” Corbridge stated.

Ben Dexter, Skylift’s Operations Manager, noted that one of the early use cases their company originally considered was how to increase efficiency in transporting rapid test kits for COVID-19 via drone. Skylift’s objective with the NHS pilot program is to “make it a more reliable service for patients on an island or in remote places around the country,” Dexter told Avionics.

For transporting medications or supplies from one hospital to another, an aircraft capable of vertical take-off and landing made sense, since hospitals often have helipads or other infrastructure in place to accommodate VTOL aircraft.

Skylift’s UAV is fully electric and is designed with eight lift motors. It transitions into forward flight once reaching an altitude of about 30 meters. With a conventional multi-rotor, Dexter explained, it would only be able to travel short distances.

The assembly, testing, and certification of the aircraft is all done in-house by Skylift. The company also specializes in fleet management of UAVs with its Skyfleet platform that enables remote piloting.

Skylift’s team works closely with the Civil Aviation Authority (CAA), said Dexter. Based on their operational safety case, they are permitted to operate the drone for trips up to 35 kilometers. The Skyfleet platform, he added, was the critical piece that allowed the company to operate beyond visual line of sight.

Skylift CEO Toby Moores stated that one of the unique features of their aircraft is its size compared with other VTOL concepts. It’s a larger aircraft with decent payload capacity, he told Avionics, and it offers solid speed and endurance when operating in forward flight mode. 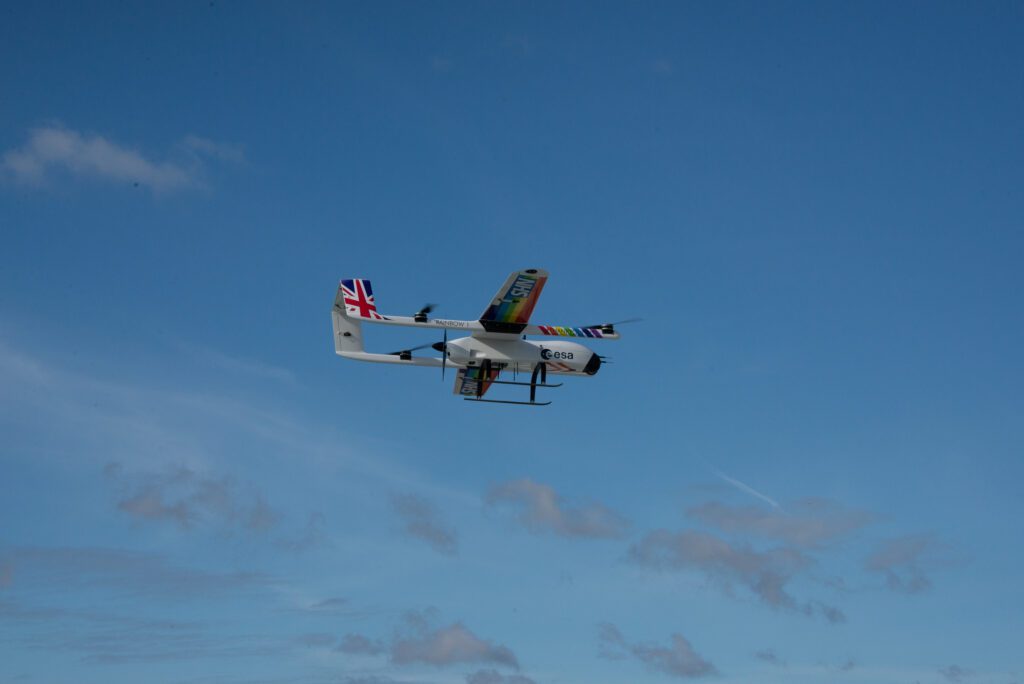 The drone developed by Skylift is designed with eight lift motors for vertical take-off and landing, and it transitions to forward flight. (Photo: Skylift UAV)

The 12 members of the Skylift team have a range of expertise, including a strong background in manned aviation, Moores commented. “Our remote pilot station is very much based around the glass cockpit—the PFD [primary flight display] and MFD [multi-function display],” he said, “things you would normally expect to see on a Garmin 3000 or something like that.”

The remote pilot interface within the Skyfleet platform “should be relatively familiar for anybody who’s flown anything with a glass cockpit,” according to Moores. “Those without manned experience can quickly get up to speed, because it’s something that’s well understood, and we haven’t had to invent all of the UI for that.”

The synthetic vision system is a useful component of Skylift’s concept. Moores explained, “If you lose a camera,  or if visibility is poor, you can still fly, just like with any synthetic vision. But it also doubles up as a simulator for training purposes.”

Long-range communication as well as resilient command and control are vital, he added. It is possible that the UAV will be out of range of standard drone comms, so aviation-grade comms are necessary. “We use L-band or S-band and satcoms to stay in touch with the aircraft,” he shared.

Working towards certification of their aircraft with the European Union Aviation Safety Agency (EASA) may be next on Skylift UAV’s radar. “They’re our nearest neighbors, and I think that would be sensible,” Moores said. To operate under the Federal Aviation Administration’s regulations would be more of a challenge. It will depend on their customers’ needs, he remarked, and whether it makes sense to expand to international operations.