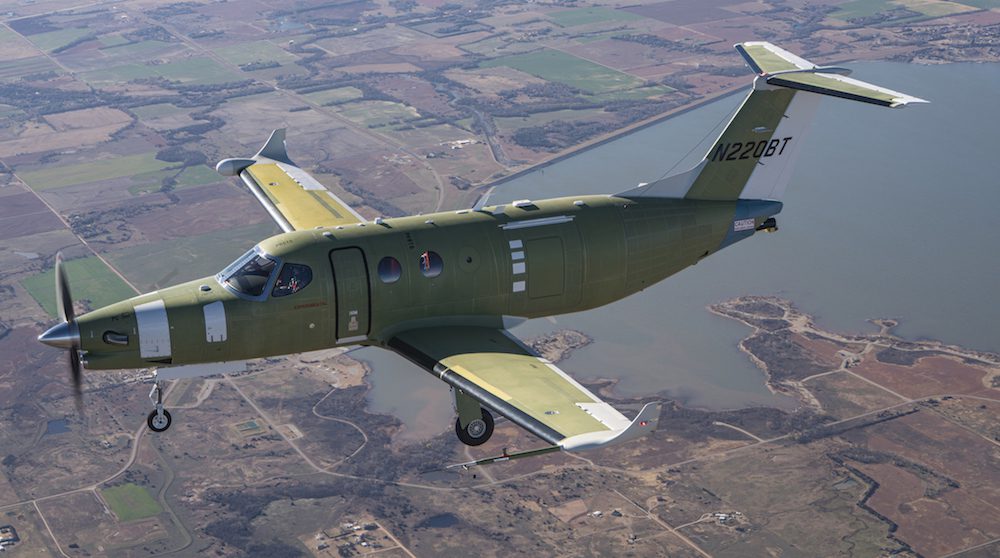 According to details shared by Textron, the single-engine turboprop reached an altitude of 15,600 feet and a top speed of 180 knots during a flight from the company’s west campus at Eisenhower International Airport. The 2-hour and 50-minute flight tested the aircraft’s “performance, stability and control, as well as its propulsion, environmental, flight controls and avionics systems,” the company said.

Developed with an 1,100-pound payload and a range of 1,600 nautical miles, Textron added the Denali to its existing turboprop family—including the twin-engine Beechcraft King Air 260 and King Air 360/360ER—earlier this year after the aircraft previously made its debut as the Cessna Denali.

“Today’s landmark flight is not only a significant occasion for the Denali, it’s a truly great moment for our employees, our suppliers and the customers who will be flying this aircraft,” Ron Draper, president and CEO of Textron Aviation said in a statement. “With its more environmentally friendly engine and largest cabin in its class, this is an aircraft that will change the landscape for high-performance single-engine turboprop aircraft.”

Textron is featuring Garmin’s G3000 avionics suite in the cockpit of the Denali, with a standard auto throttle feature that interfaces with the automatic flight control system and flight management system for speed control throughout all phases of flight, according to the company. Two touchscreen flight control panels, three 14-inch wide screen LCD displays, synthetic vision and a weather avoidance radar are among the other standard features of the Denali cockpit.

The Catalyst featured on the Denali makes it the first Full Authority Digital Engine Control (FADEC)-controlled turboprop engine, according to Textron. GE Aviation completed its own first flight of the Catalyst on a Beechcraft King Air modified test bed in September, and has been ground-testing prototype Catalyst engines where it is being developed, in Germany.

“It’s just a great aircraft to fly. The Catalyst engine was outstanding, and the aircraft performed to the levels we were anticipating. First flights really can’t go more smoothly than this. We are really off to an excellent start for the Denali flight test program,” Gracey said in a statement.

Textron is targeting Federal Aviation Administration (FAA) certification for the Denali in 2023.