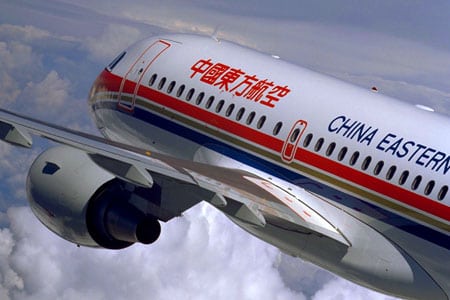 Airlines flying in Chinese airspace will be able to access in-flight connectivity service from Viasat’s Ka-band ChinaSat-16 satellite system under a new cooperation between the satellite operator and China Satcom. (China Eastern Airlines)

The IFC service development was the result of a partnership agreement between Viasat and China Satcom that specifically covers commercial aviation IFC. Under the terms of the agreement, each company maintains its own intellectual property and will operate its equipment using a multi-layered approach to network services.

“Working with China Satcom, we have achieved a great milestone— delivering strong customer performance gains in terms of network speed and reliability at any phase of a flight, which provides an on-the-ground internet experience even when in-flight,” Don Buchman, Viasat’s vice president and general manager of commercial aviation, said in a statement. “The effort committed to by both teams has been tremendous and showcases the capabilities of Viasat’s industry-leading technology with China Satcom’s satellite capacity.”

Viasat did not give a specific date for the Chinese IFC service launch.

It’s been a busy November for Viasat, which just acquired U.K. global operator Inmarsatin a massive $7.3 billion deal that  included a payment of $850 million in cash and 46.36 million Viasat shares valued at $3.1 billion. The combined company will have a spectrum license portfolio across the Ka-, L-, and S-bands and a fleet of 19 satellites in service, with an additional 10 satellites to come in the next three years.

This article was first published by Via Satellite, a sister publication to Avionics International, it has been edited, view the original version here.