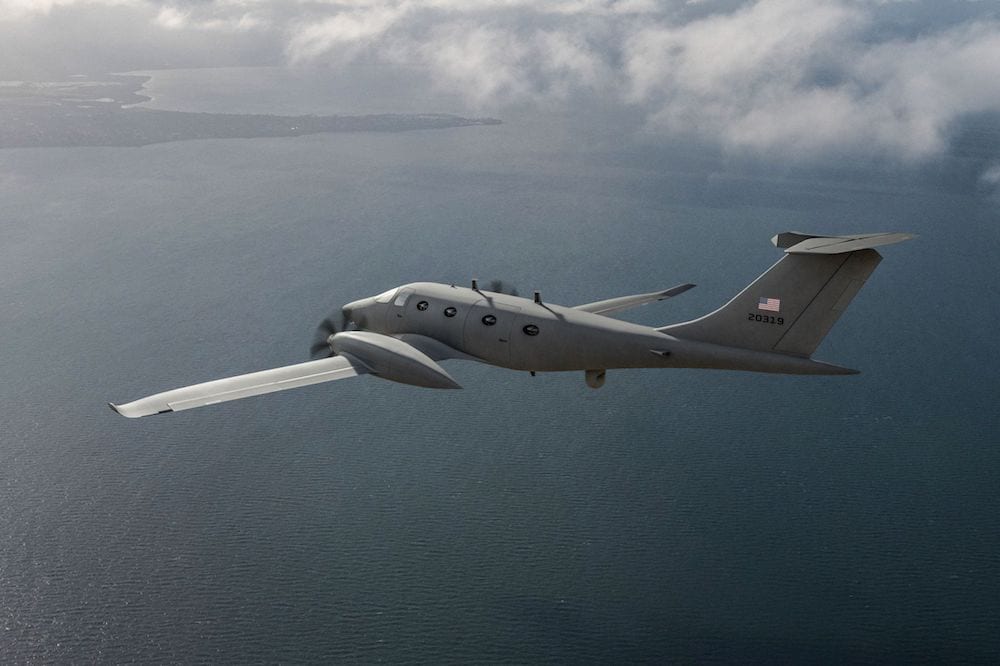 Check out the May 2 edition of What’s Trending in Aerospace, where editors and contributors for Avionics International bring you some of the latest headlines and updates happening across the global aerospace industry. 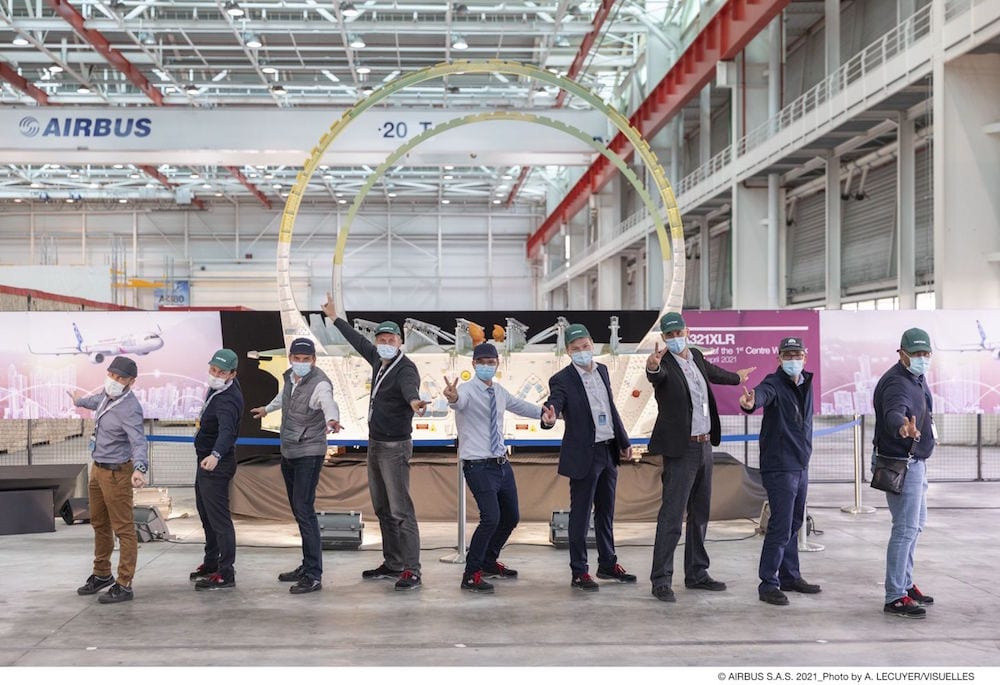 “The good Q1 results mainly reflect our commercial aircraft delivery performance, cost and cash containment, progress with the restructuring plan as well as positive contributions from our helicopter and defense and space activities,” Airbus CEO Guillaume Faury said in the release. “The first quarter shows that the crisis is not yet over for our industry, and that the market remains uncertain. We are investing in innovation and in the transformation of our Company to deliver on our long-term ambitions across the portfolio.” 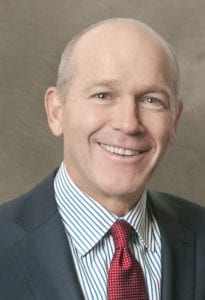 Boeing CEO Dave Calhoun said Wednesday during the company’s first quarter earnings call that 2021 will be an “inflection point” for Boeing.

Boeing on Wednesday reported lower losses in its first quarter amid signs of a recovery in commercial aerospace and the company’s defense business posted strong results, largely driven by the KC-46A aerial refueling aircraft for the Air Force.

“While the global pandemic continues to challenge the overall market environment, we view 2021 as a key inflection point for our industry as vaccine distribution accelerates and we work together across government and industry to help enable a robust recovery,” Boeing President and CEO Dave Calhoun said in a statement accompanying the earnings release.

During the company’s earnings call, Calhoun said a “full recovery is still likely a few years away” and is dependent on vaccine distribution and the lifting of travel restrictions in various domestic and regional markets. Greg Smith, Boeing’s outgoing chief financial officer, said on the call that Chinese regulators’ approval of the return to service in China of the 737 MAX passenger aircraft will also impact deliveries of the aircraft, which was grounded worldwide for more than a year following two fatal crashes in 2018 and 2019.

Sales fell 10 percent to $15.2 billion from $16.9 billion on lower revenue from the Commercial Airplanes segment and lower commercial revenue in the services segment. Defense sales were higher, primarily on KC-46A tanker orders.

The Defense, Space & Security segment increased sales 19 percent to $7.2 billion and turned in an operating profit of $405 million following a loss a year ago related to charges on the KC-46A program. Boeing, in a quarterly filing with the Securities and Exchange Commission, said 23 percent of defense sales were to international customers.

The Federal Aviation Administration (FAA) is requiring electrical bonding modifications to the flight deck panel assemblies of some newly manufactured 737 MAX aircraft, according to a new airworthiness directive (AD) published by the agency on April 30.

In the directive, the FAA has identified a total of 71 MAX aircraft with electrical bonding and grounding issues first identified by Boeing during standard production testing earlier this month. None of the identified airplanes—delivered and those awaiting delivery—have experienced any operational issues, but will be grounded until undergoing some flight deck panel assembly modifications.

“Investigation identified design changes to the flight deck support panel assemblies, which affected the dedicated bonding and grounding paths that existed prior to the changes,” the FAA writes in the AD. “The affected areas are the P6 panel assembly, including the mounting tray for the standby power control unit (SPCU), located behind the first officer, and the main instrument panel (MIP) assembly located in front of and between the captain and first officer.”

As the number of COVID-19 cases explode and a new variant spreads in India, U.S. President Joe Biden’s administration published a presidential action statement on April 30 proclaiming all forms of travel from India will be banned starting May 4.

Under the new policy, noncitizens who were residing in India for any 14-day period prior to entry in the U.S. will be banned from boarding aircraft traveling to the United States. 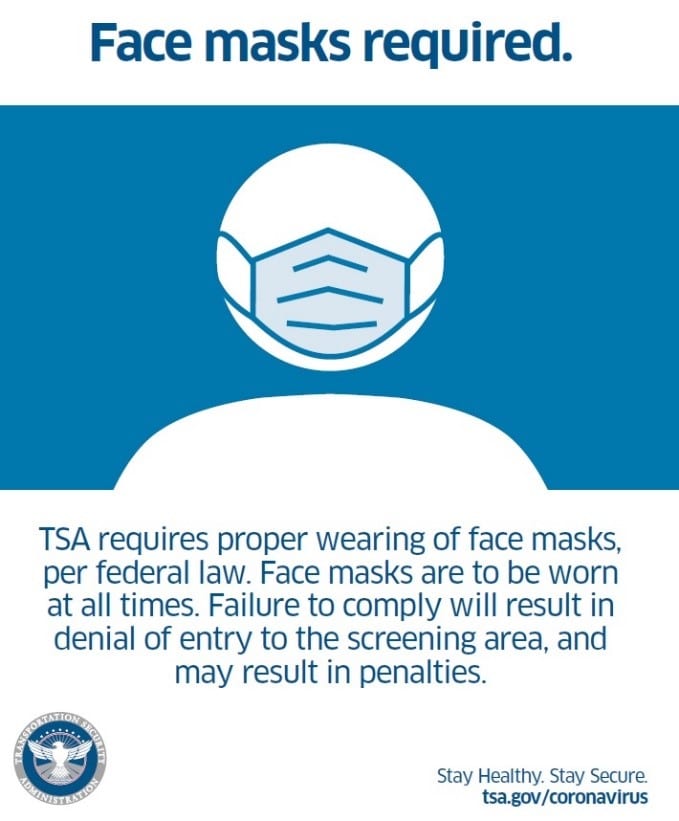 The U.S. Transportation Security Administration has extended its face mask requirement for commercial airline passengers traveling through airports and onboard commercial aircraft through Sept. 13, according to an April 30 press release.

TSA’s initial requirement that went into effect in February was to be lifted May 11.

“The federal mask requirement throughout the transportation system seeks to minimize the spread of COVID-19 on public transportation,” Darby LaJoye, the Senior Official Performing the Duties of the TSA Administrator said in a statement. “Right now, about half of all adults have at least one vaccination shot and masks remain an important tool in defeating this pandemic. We will continue to work closely with the Centers for Disease Control and Prevention (CDC) to evaluate the need for these directives and recognize the significant level of compliance thus far.” 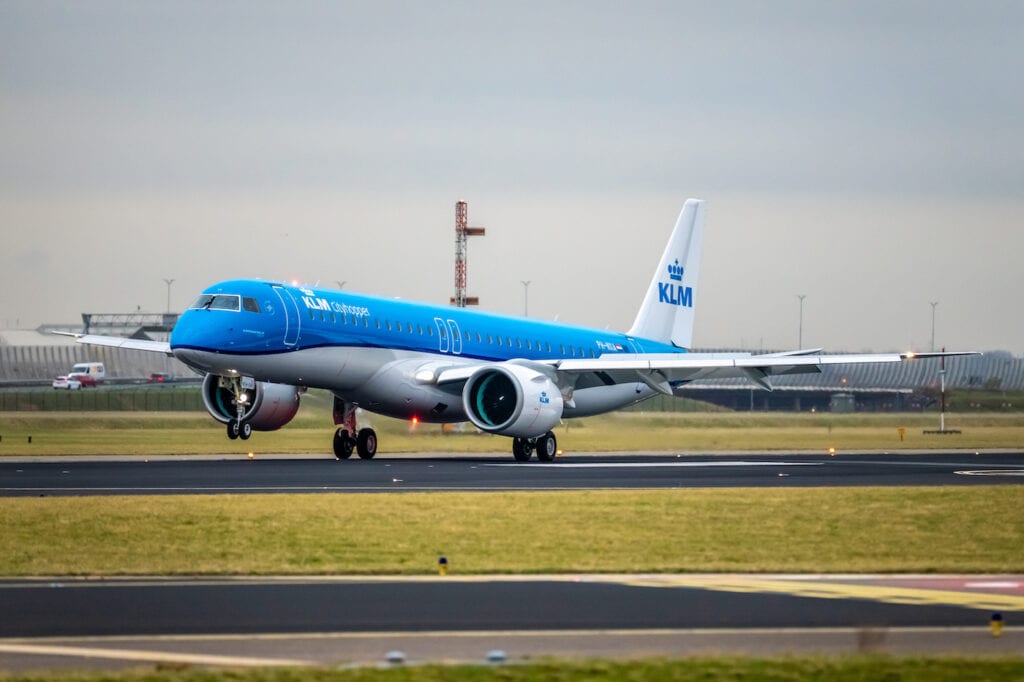 Embraer delivered 22 total aircraft during the first quarter of 2021, including nine commercial jets and 13 business jets.

Those numbers were slightly higher than the same period a year ago, when COVID and the collapse of their commercial aviation deal with Boeing presented a double impact to the Brazilian airplane manufacturer’s financial and operational performance.

“Historically, Embraer seasonally has fewer deliveries during the first quarter of the year, and with some regions of the world, particularly the United States, starting to show better vaccination rollout and improved traffic in the commercial aviation and business aviation markets, the Company is cautiously optimistic for a more evenly balanced quarterly cadence of deliveries in 2021 as compared to 2020,” Embraer said in their first quarter earnings release. 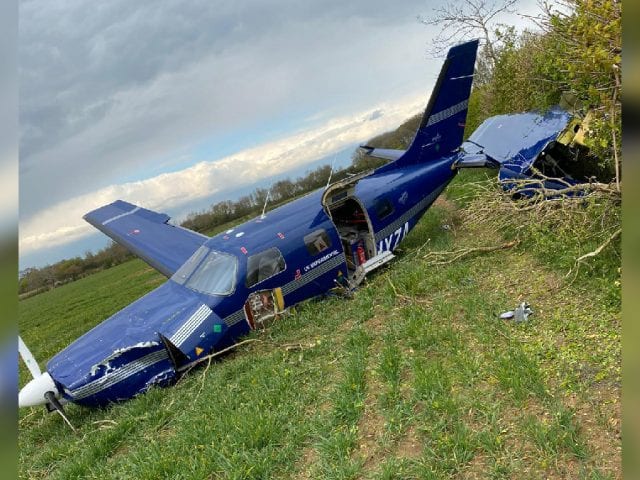 ZeroAvia’s research and development aircraft for its hydrogen propulsion system made an “off-airport” landing according to the startup, the aircraft crashed just outside of Cranfield Airport. (Image: C/O @MEHarris on Twitter)

The hydrogen-powered Piper M-class six-seater turboprop being operated by ZeroAvia as a testbed for its hydrogen propulsion system was damaged during an off-airport landing on April 29, according to a May 1 press release published by the California-based startup.

According to the release, the aircraft mad an “off-airport landing” near Cranfield Airport during a routine test flight, landing on its wheels before the left main gear and wing were caught in the “uneven terrain” where it landed. The two crew members onboard were not injured, according to ZeroAvia.

“The flight conformed to the approved test route over the airport; the structural integrity of ZeroAvia systems was maintained throughout the incident sequence and there were no unintended hydrogen or electrical releases and no fire,” ZeroAvia said in the release. “After the landing, the crew were able to safeguard the battery and safely release hydrogen from the onboard tanks, following ZeroAvia safety protocol; no fluid leaks were observed at the time; and full data logs were preserved and will be used in our investigation.”

Check out the full statement from ZeroAvia about the incident here. 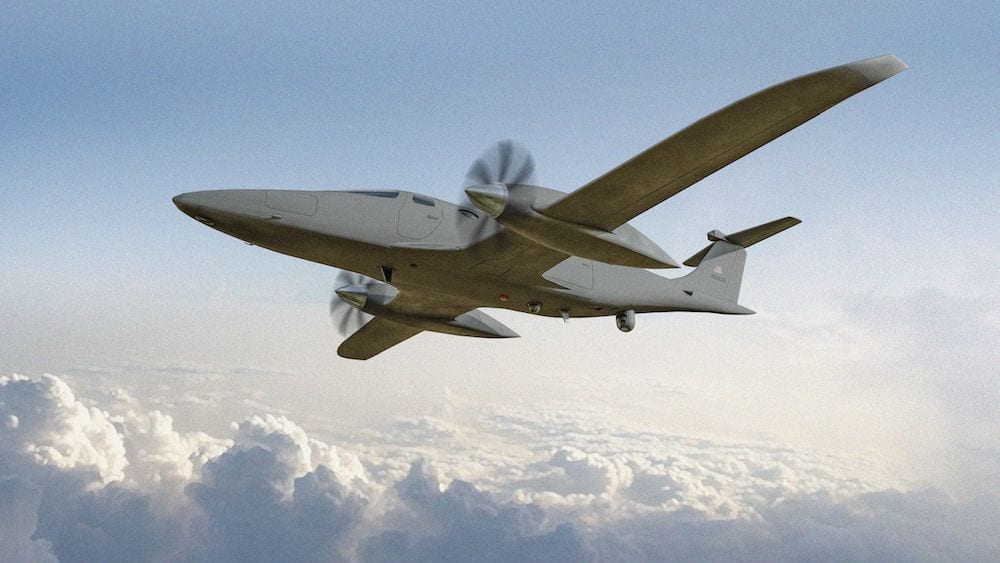 L3Harris Technologies has signed a new agreement with Bye Aerospace to develop an all-electric, multi-mission aircraft that will provide intelligence, surveillance and reconnaissance (ISR) capabilities, according to an April 28 press release.

The agreement comes a week after Bye Aerospace released details about its new all-electric eight seater aircraft under development for the commercial market. Under their agreement with L3Harris, the two companies will modify the eight-seater to feature “multi-mission airborne ISR solutions.”

Northrop Grumman on Thursday reported a strong open to 2021, delivering higher sales and net income, buoyed in part by the divestiture in January of its information technology services business and top and bottom-line improvements in three of its four operating segments.

The strong quarter led the company to increase guidance for sales and earnings.

Sales increased 6 percent to $9.2 billion from $8.6 billion a year ago. Reduced revenue related to the sale of the IT business was more than offset by three extra working days in the quarter. 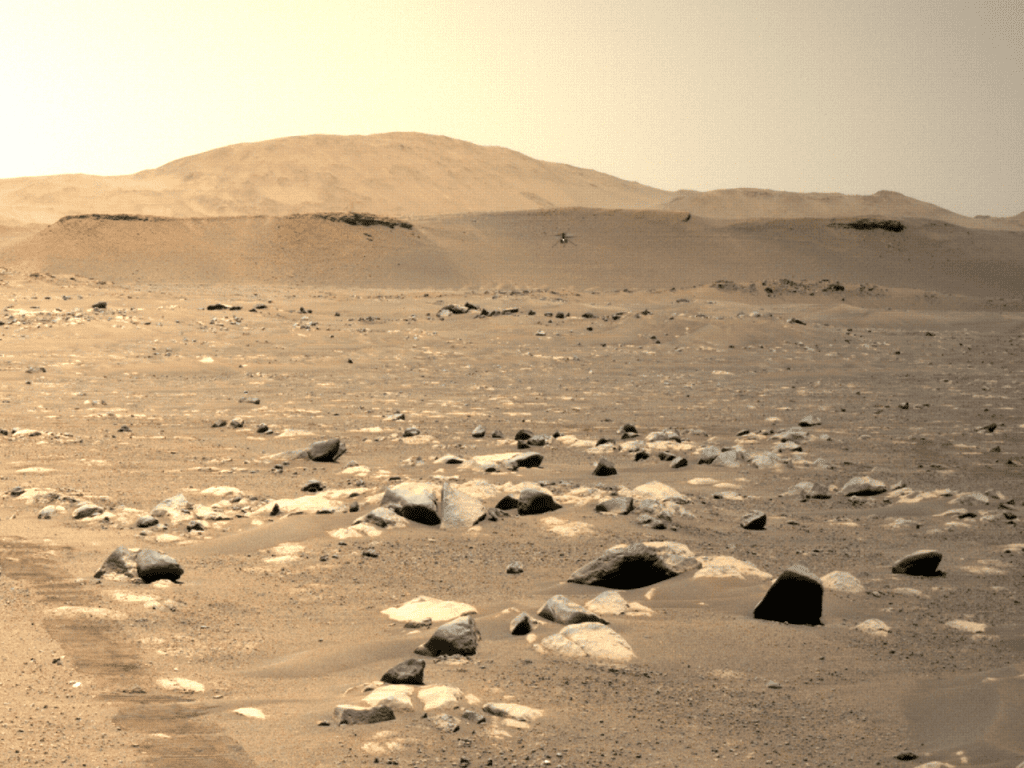 NASA’s Ingenuity Mars Helicopter can be seen hovering during its third flight on April 25, 2021, as seen by the left Navigation Camera aboard NASA’s Perseverance Mars rover.(NASA JPL)

Ingenuity’s third flight occurred at 4:31 a.m. EDT or 12:33 p.m. Mars time, according to NASA. The helicopter climbed 16 feet, which was the same as the second flight, and then flew downrange for 164 feet at a top speed of 6.6 feet per second.

“Today’s flight was what we planned for, and yet it was nothing short of amazing,” Dave Lavery, the project’s program executive for Ingenuity Mars Helicopter at NASA Headquarters in Washington, said in a statement. “With this flight, we are demonstrating critical capabilities that will enable the addition of an aerial dimension to future Mars missions.”

The FCC has granted SpaceX permission to lower the altitude of future satellites in the Starlink Low-Earth Orbit (LEO) constellation. The FCC’s decision, announced Tuesday, came despite protests from Viasat, Amazon, SES, and other satellite competitors.

The license modification allows SpaceX to change the altitude for 2,814 future Starlink satellites, from the 1,100-1,300 km range to the 540-570 km range. It also modifies the final size of the Starlink constellation by one satellite from 4,409 to 4,408. SpaceX just under 1,400 satellites in orbit at this point. 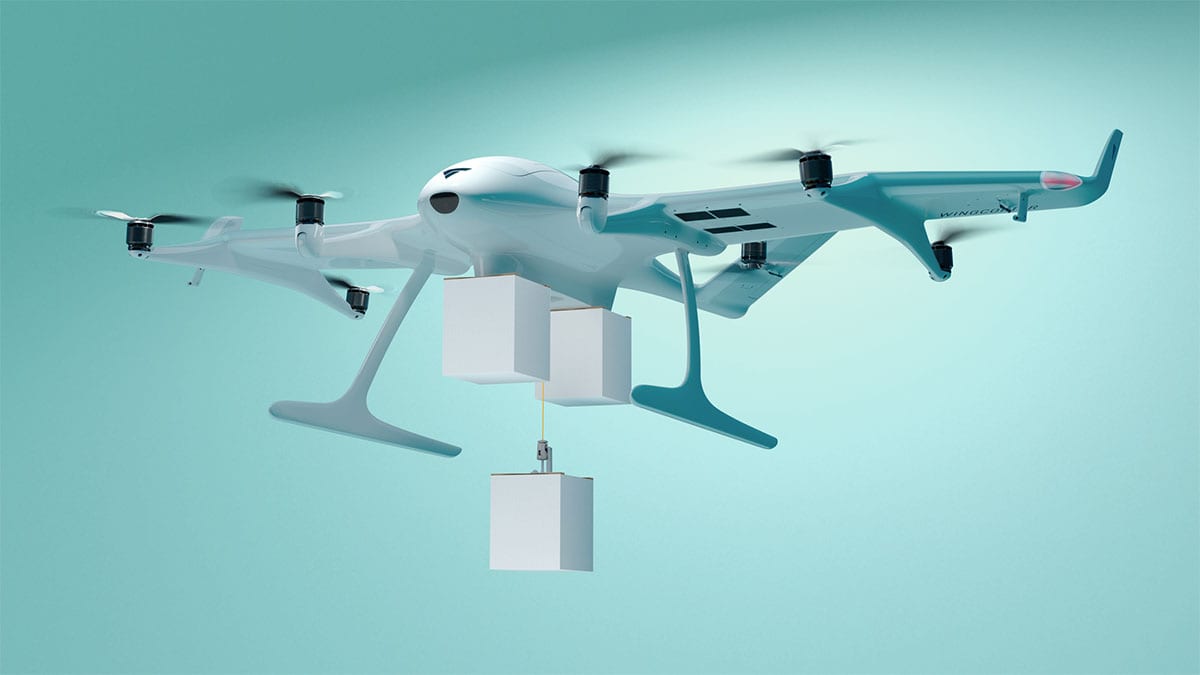 German drone developer and manufacturer Wincopter is debuting a new all-electric vertical take-off and landing (eVTOL) fixed-wing drone capable of “triple-drop” deliveries, according to an April 27 release from the company. The new drone generation will be known as Wingcopter 198.

The Wingcopter 198 has a payload of 13 pounds and a range of 47 miles, according to the release. It is based on Wingcopter’s tilt-rotor technology and does not require infrastructure for operations.

“The Wingcopter 198 is a game-changer for drone-based deliveries, ready to create logistical highways in the sky,” Tom Plümmer, CEO of Wingcopter, said in a statement. “It can be perfectly utilized as a fleet solution in delivery networks to create new opportunities, everywhere.”

Wingcopter 198’s delivery process is fully autonomous and has beyond visual line of sight capabilities. The system moves beyond the one operator to one drone ratio and is capable of expanding it to one operator to every 10 drones, according to the release. The triple-drop delivery mechanism allows for multiple destinations per flight.

The post What’s Trending in Aerospace – May 2, 2021 appeared first on Aviation Today.