Will the Mars Helicopter Persevere?

Will the Mars Helicopter Persevere? 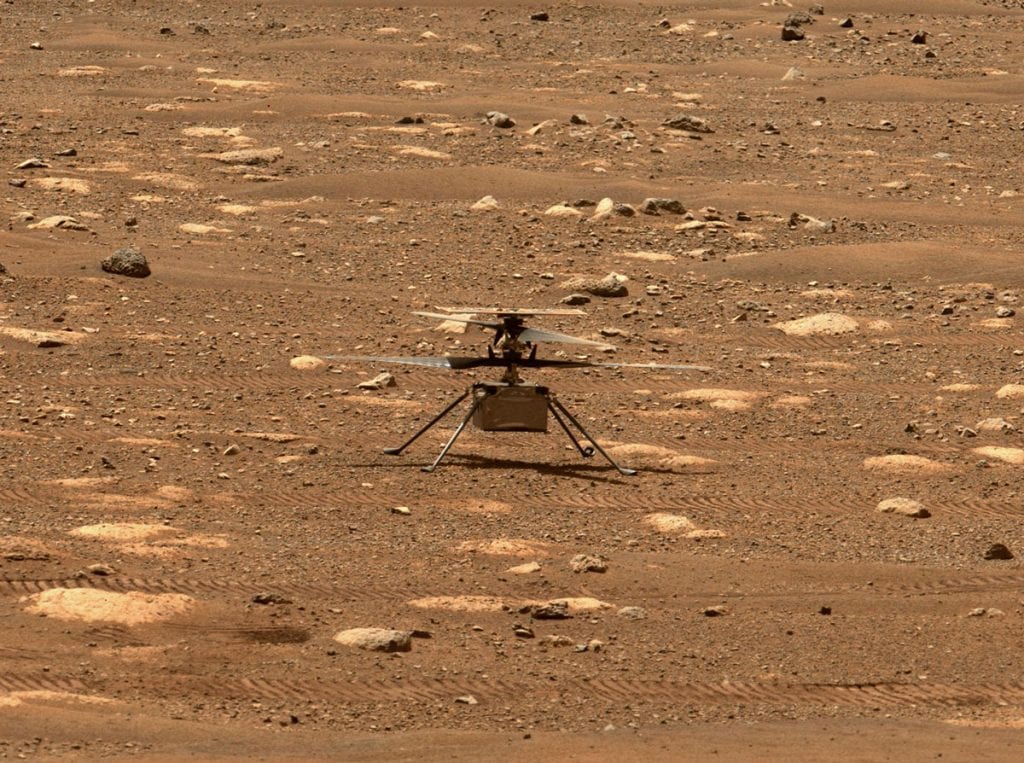 NASA’s Ingenuity helicopter unlocked its rotor blades, allowing them to spin freely, on April 7, 2021, the 47th Martian day, or sol, of the mission. (Photo: NASA/JPL-Caltech/ASU)

The Mars helicopter Ingenuity encountered a problem during a high-speed spin-up test of its rotors on April 9 delaying its planned first flight demonstration. NASA has found a solution to this problem however the demonstration timeline will be further delayed while this issue is fixed, according to an update from NASA published on April 12.

Ingenuity landed on Mars attached to the belly of the Perseverance Rover on February 18. The helicopter ran into a problem during the week NASA’s team at the Jet Propulsion Laboratory (JPL) planned to test sensors, server mechanisms, and motors.

The solution JPL came up with includes a small modification and reinstallation of Ingenuity’s flight control software, according to the update. The modification includes changing the process where the two flight controllers boot up to allow the hardware and software to safely transition to the flight state.

According to the update, most of the delay will come from validating the software change and completing the uplink to Ingenuity. JPL has not yet released an updated timeline for the demonstration. However, there is a deadline for this mission which must occur within the 31 Earth days allotted to the demonstration before NASA has to move on with the rest of the Perseverance mission. 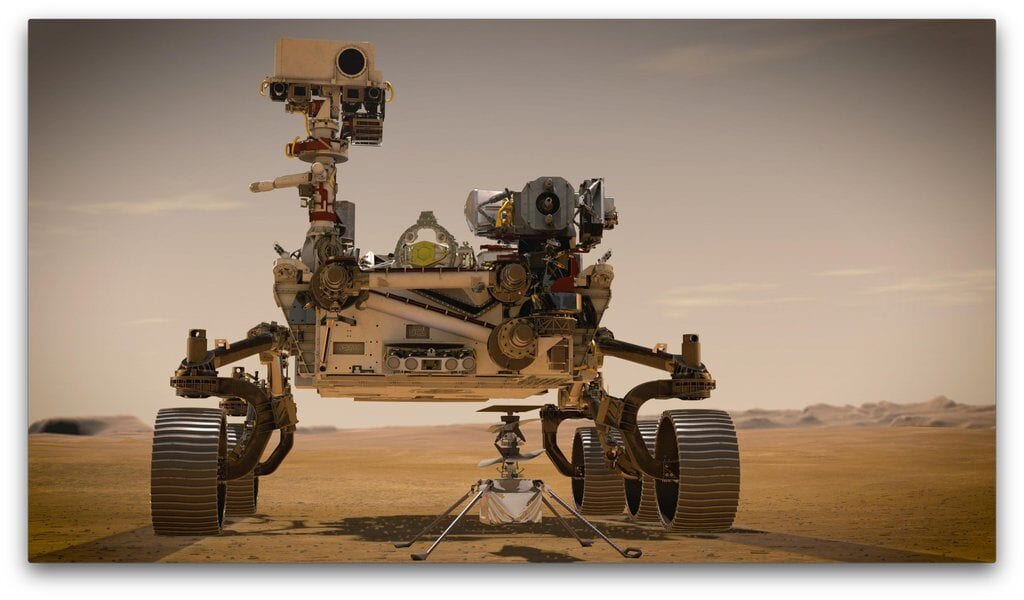 Perseverance is the most sophisticated rover NASA has ever sent to Mars. Ingenuity, a technology experiment, will be the first aircraft to attempt controlled flight on another planet. Perseverance will arrive at Mars’ Jezero Crater with Ingenuity attached to its belly. (NASA)

While this issue caused a delay, JPL says Ingenuity is still healthy and its critical functions like power, communications, and thermal control are stable.

“It is not unexpected for a technology demonstration like this to encounter challenges that need to be worked in real time,” NASA said in the update. “The high-risk, high-reward approach we have taken to the first powered, controlled flight on another planet allows us to push the performance envelope in ways we could not with a mission designed to last for years such as Perseverance. In the meantime, while the Ingenuity team does its work, Perseverance will continue to do science with its suite of instruments and is gearing up for a test of the MOXIE technology demonstration.”

Before this issue was diagnosed, Ingenuity completed important milestones like detaching from the Perseverance rover, recharging its batteries using its solar panels, and surviving on Mars.

“This is, in effect, an aircraft that also happens to be a spacecraft,” J. Bob Balaram, Ingenuity chief engineer at JPL, said during a press conference remotely hosted by NASA on March 23. “It has survived launch. It has survived the journey through space with vacuum and radiation. It has survived the entry and descent and landing on the surface on the bottom of the Perseverance rover and it has survived all of the challenges and design issues that are necessary for a spacecraft. But most of all I think of Ingenuity also as an experimental aircraft.”

The post Will the Mars Helicopter Persevere? appeared first on Aviation Today.